Wales after Brexit: a new course for Plaid Cymru 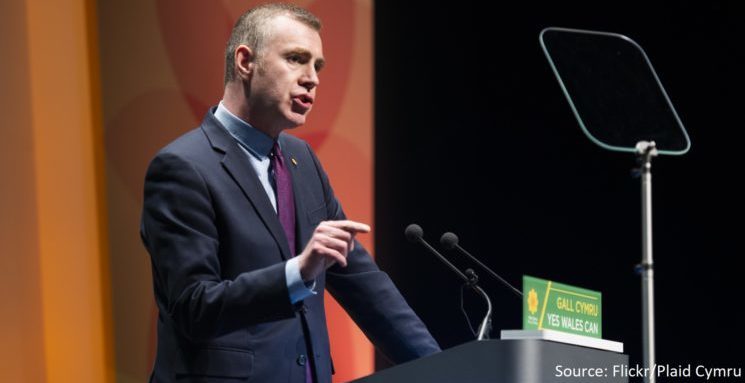 The Plaid Cymru leader Adam Price has never been a political conformist. Those with good memories will recall his attempt to impeach Tony Blair, and staunch opposition to the Iraq War.

On 27 January Price set an ambitious course for his party and for Wales in a speech at Cardiff Bay’s landmark Pierhead Building.

In it, he accepted Brexit as a reality for Wales and the UK. He quoted an Ammanford voter, who asked ‘if Wales being in the EU was so great why are all the shops are boarded up now, when they were bustling 50 years ago?

Rather than fighting old battles about EU membership, he focused on best use of new post-Brexit policy flexibility for Wales – and the devolution of additional powers from Westminster.

Price has had no ‘Damascene conversion to euroscepticism’, and argued that Welsh politicians will need to work hard to minimise Wales’ losses from leaving the EU.

To pursue this agenda, Price argued for additional Welsh powers for tax, borrowing, lending and spending. Leaving the EU makes many of these changes possible.

The Beyond Brexit speech needs to be set in its Welsh political context – the Senedd election in May 2021.

In contrast to other parts of the UK, the 2019 general election was inconclusive in Wales.

Labour had a bad result – its worst since 1983 (but not, as across Britain, as far back as the 1930s). While Labour hemorrhaged votes in the south Wales valleys, it managed to hold onto its seats.

The Conservatives did well, especially in north-east Wales, where they narrowed the gap with Labour in vote share.

However, they did not pick up many votes in the Valleys, where the taboo against voting Conservative seems to have held firm.

Plaid retained their four seats at Westminster, but made no gains. Unlike the SNP in Scotland’s central belt, Plaid has made little headway in post-industrial Wales.

The election was catastrophic for the Liberal Democrat’s in Wales.

In this setting, Price’s proposals to use Wales ‘powers in a confident, independent-minded (and maybe independence-minded) manner could appeal to important sections of Welsh Labour’s support.

Parts of the Labour base have become ‘indy-curious’, especially its socially liberal Welsh-speaking and Wales born, university-educated voters.

Price’s strategy – determination to take an assertive approach to Westminster – might for Plaid to peel them away from Labour in 2021.

His vision for Wales has many compelling features, but it faces deep challenges.

He looks across the Irish Sea for inspiration.

Ireland’s story of economic transformation is compelling, but even – perhaps especially – as dedicated a student of enterprise and innovation as Price must know the sheer scale of task Wales faces.

The reasons why very large amounts of structural funding have flowed to Wales from the EU, such as extensive deprivation in post-industrial places and large areas of marginal upland farming, will remain wicked policy problems after Brexit.

Moreover, persuading Westminster to hand Wales the power to do something about it will not be easy. For Price, Wales needs  new tax powers – to lower corporate taxes, vary VAT on a sub-state basis, devolve air passenger duties.  Getting London to  relinquish them will not be easy.

Add in new Welsh powers for spending and public procurement (to privilege local suppliers and build a ‘foundational economy’), for borrowing and for lending, and the difficulties mount.

The next steps Price wants Wales to take require significant investment, including a big chunk of money from the UK exchequer.

Some in Westminster might raise an eyebrow at an independence-minded Plaid Cymru leader asking for more UK investment.

There are powerful reasons for politicians in London to help Wales towards greater prosperity – and support Wales developing greater capacity to help itself. Whether independent or within the UK, in principle a more confident and prosperous Wales would make a better partner for its neighbouring nations.

But the UK’s record of creating coherent structures for devolution and territorial governance is not good.

For example, the basic territorial allocation of public spending – a block grant adjusted by the ‘Barnett formula’ – and the pattern of infrastructural investment are arbitrary legacies of history.

Are they meant to meet needs equally, irrespective of geography? Or finance a broadly equivalent bundle of public services?

Should they reflect the contributions made by people in different places? Or maximise economic efficiency (and if so, against what standard)? These questions are never clearly answered, and rarely even asked.

The current UK debate over HS2, focused on investment costs and potential benefits, is instructive. On current plans Wales will get no direct transport user benefits from it and its wider economic implications are mixed.

Although rail infrastructure investment is controlled from Whitehall for England and Wales, geographical losers from HS2 hardly get a mention in the Westminster debate.

And London’s record on rail infrastructure is widely criticised in Wales, with good reason: the mainline to London was electrified only as far as Cardiff.

Price has called for devolution of rail infrastructure, and £6 billion of Barnett consequentials to Wales from HS2.

He advocates a National Western Rail Line connecting Swansea to Bangor, since at the moment the only rail route between north and south Wales runs through England.

It is easy to see how Wales might lose out as the UK grapples with Brexit.  Price looks to a ‘Celtic Union’ partnership to help minimise this risk.

Equally, though, UK politics is marked more by competition for resources – and attention – between places as by cooperation among them.

Implicitly, Price acknowledged as much himself. He noted Northern Ireland’s special status, northern England’s new leverage with the UK Conservative government and the possibility of independence keeping attention on Scotland.

Otherwise it will be no more than an afterthought at Westminster, only an adjunct to a ‘Great Western’ region.

By professor Dan Wincott, research director at the UK in a Changing Europe.