Wales – the same but different? 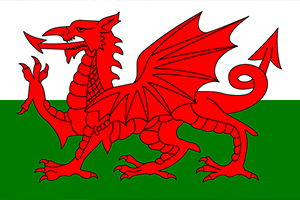 The overwhelming victory of the SNP in Scotland and an unexpected Conservative majority in the House of Commons are the two outstanding features of the UK’s general election of 2015. Together they mean the UK’s territorial constitution may change. The Conservative majority means we will have an in-out referendum on Europe, perhaps as soon as 2016.

Whatever its final result, if a majority of the electorate in England vote to leave, while those in Scotland chose to remain members, the EU referendum could trigger constitutional transformation. While Anglo-Scottish issues dominate, the debates on Europe and the constitution also have profound implications for Wales – our focus – and Northern Ireland. Wales and Scotland are similar in many ways.

Like Scotland, Wales has a ‘national’ political party – Plaid Cymru, the Party of Wales. Plaid fought the General Election on the same anti-austerity ticket as the SNP, also shared an opposition to Trident, and support for continued EU membership. Plaid leader Leanne Wood gained unprecedented UK-wide media coverage and profile, sharing some of SNP leader Nicola Sturgeon’s limelight. The women leading these national parties stood in contrast to the male leaders of the UK-wide ‘Westminster’ parties.

Beyond Plaid, the Labour Government in Wales has a staunchly pro-European position. Political opinion in the National Assembly for Wales is broadly supportive of EU membership. There are good reasons for this. Unlike the other parts of mainland Britain, Wales is a net beneficiary of EU funding – receiving more than it contributes to the EU budget. This funding, running to well over £2 billion from 2014 to 2020, comes in various forms. These include structural funding targeted at regions most in need from investment, payments to the agricultural community under the Common Agricultural Policy, and research funding to Wales’ universities. These financial benefits – alongside access to the single market for companies in Wales – feature strongly amongst the reasons for political leaders in Wales to back EU membership.

There has been a longstanding assumption that these pro-European views are held by the Welsh public at large. But any easy comparisons between Wales and post-referendum Scotland are misplaced.

Instead, the political leanings of the Welsh electorate bear a closer comparison with those of voters in England. The Labour Party continues to be dominant in Wales, taking 36.9% of the vote and 25 of 40 MPs returned. But it has given ground to the Conservatives, who increased their share of the vote (27.2%) and took some unexpected seats (11).

UKIP’s performance on May 7 may have come as a surprise. The party’s share of the vote increased by 11.2% in Wales against 10.7% in England (while UKIP was restricted to a 0.9% increase in Scotland). It had the third largest overall share of the vote (13.6%, though no MPs) and pushed Plaid Cymru into fourth place (12.1%, with three MPs).

In Scotland the SNP attracted voters in constituencies marked by economic deprivation and UKIP had a similar strategy in England – although with a different political project, especially for the European Union. Despite its position as a beneficiary of European spending, Wales seems more like England than Scotland with voters having turned to anti-EU UKIP more than pro-EU Plaid.

Many areas devolved to Wales are also matters of EU competence, so the National Assembly will pass the laws needed to comply with EU law. Wales has the political and legal capacity to take a different line on EU matters than that taken elsewhere in the UK – which could be exercised where Welsh interests are distinct.

Like Scotland and Northern Ireland, Wales will have a devolved election for the National Assembly in May 2016. By that point, campaigning on the UK’s in-out EU referendum seems likely to be underway. The indications are that the UK Government will seek to draw a line under the issue as soon as possible, and before 2017 which sees both the UK hold the Presidency of the Council of the EU, as well as elections in France and Germany.

The UK Electoral Commission has recommended that the EU referendum is not held on the same day as the Wales and Scottish elections. Although turn out might be maximised, complications could arise from ‘competing messages’. Nonetheless, voter behaviour in May 2016 elections may be influenced by debates surrounding EU membership.

The incumbent Welsh Labour Government, led by Carwyn Jones, has made clear its unequivocal support for continued EU membership. Though only Plaid Cymru have as yet joined the SNP in calling for a devolution lock, giving any of the separate parts of the UK the power to block an exit.

UKIP may build further on its electoral performance in both the 2015 UK General Election and the 2014 European Parliamentary elections where it finished a close second to Labour, gaining one of four Welsh seats in the European Parliament.

Will supporters of continued EU membership be able to craft a compelling case for people to support Wales’ membership? Can its opponents convince the electorate that Wales can manage – and flourish – outside the EU? EU funding will no doubt be part of these stories but it remains to be seen how much either version resonates with the people of Wales.