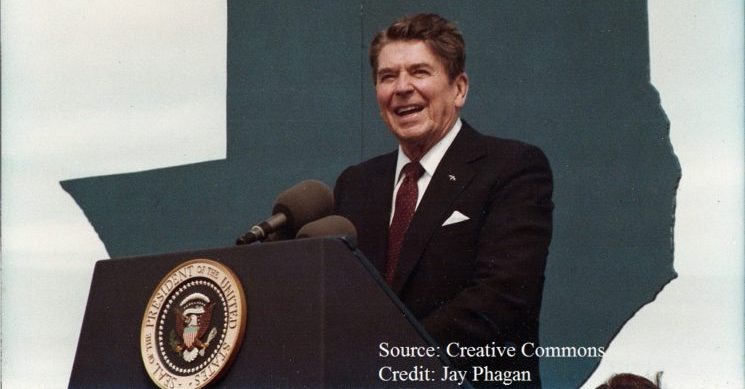 One of the greatest challenges facing the average British voter is finding reliable sources of information about the issues in the EU referendum. As countless media pieces have reminded us, everyone seems to be lying, or at least distorting what they present to us. However, with a few simple rules of thumb, there is a way to help you find the information you need to help you make a decision.

Everyone has an agenda, whether they realise it or not. For myself, as an academic, a core part of my professional values is to question all the things that I see and to accept there are different valid interpretations of what’s happening in the world.

So I’m going to encourage you to take the Ronald Reagan approach to the referendum: trust, but verify. There are three simple tests that you can use to help you achieve a higher level of confidence in what you are told, or in what you read.

Firstly, is there clear, appropriate and proportionate support for a claim?

Evidence matters. Without it, claims and arguments are nothing more than random ideas. That’s a problem, because typically we then build on what we feel confident about, to make further advances and live our lives. If someone tells you the world is going to end a week on Tuesday, and you believe them unquestioningly, then it’ll obviously affect what you do in the coming days (unless you demonstrate considerable sang froid).

So we need evidence that clearly relates to the claim being made. A good rule of thumb on this is that you should be able to go the source of the evidence given and check that it says what someone says it says: look for references to official documents or to groups and organisations that have no direct interest in the matter.

Evidence also needs to be proportionate. Big claims need big evidence. One of the reasons I started studying Eurosceptics was the discovery in my university library of a journal that had decided the European Union was the incarnation of the Fourth Reich: but to support this, they could only show this by pointing out a couple of symbols on official EU posters and quoting people who also thought the same as they did. You’ll understand if I was not convinced. In an age of hype, we get a lot of very extreme messages, but unless they are backed up by similarly extreme evidence, then we have to challenge them.

And this leads us to the second test: is anyone else saying the same thing?

This is what we might term a triangulation test, checking claims and evidence from different angles, to see if it holds up. So if David Cameron says we’ll be able to have free pony rides whenever we go on holiday elsewhere in the EU as a result of his deal, then I want to hear whether the President of the European Council or the Greek minister for tourism say the same thing (Cameron’s not claiming this, just to be clear).

This is about who supports whose arguments and claims. Here the rule of thumb is that the less two people have to do with each other, any point of agreement is likely to hold more weight. For example, if both Will Straw and Nigel Farage agree on a point about the EU, then we can generally assume it’s uncontroversial, although we might also want someone who isn’t campaigning to confirm it too.

The challenge with this test comes from the very different approaches that different activists take towards explaining the EU. In practice, this sometimes means that they do agree, but without it being immediately obvious. The most recent example of this was the challenge from Michael Gove about whether Cameron’s deal was ‘legally binding’ or not. As Damian Chalmers pointed out on his excellent legal piece, he was both right and wrong, depending on what way you looked at it.

All of which brings us nicely to the last test: are you judging the argument or the person giving it?

It’s a very natural thing to do: judge people. We are constantly making judgments of people we meet, based on how they look, how they talk, how they treat us. It’s a sensible strategy and most of the time it works, and if it doesn’t then we can change our minds. But we need to recognise that our first impressions can take a lot to budge. The fancy term for this is anchoring.

Anchoring matters because it colours our impression of the messages we receive. If you generally feel that Boris Johnson is a loveable bumbler, then you’re more likely to be receptive to his arguments than if you feel he’s a cunning Machiavelli.  Unfortunately, the people we like don’t always talk sense, just as those we dislike don’t always talk rot. The trick is to be able to step beyond the person and focus on the argument.

If you’ve been applying the first two tests, then this is a lot easier. One of the joys of my professional work is reading print and social media from a huge array of positions, out of which I pick valuable nuggets and try to fit them into my understanding: I’m just as happy reading the Express as the Guardian, because both provide me with insight into different worldviews. And I’ll encourage you do the same.

However, it’s also worth noting that there are some resources out there that provide more informed and impartial information than others. A good starting point is the UK in a Changing Europe initiative, of which I am a Senior Fellow. The initiative determinedly non-political, and aim solely to bring the insights of social science research to help inform the public debate. On the website, you can find explainers, blog posts on more specific issues, a roster of public events and even a podcast series.

Ultimately, getting good information on the referendum relies on you. You’re the only one who can apply the critical approach to what you read, see and hear in the coming months. It requires a bit of effort, but no more than you’ve taken in reading this. On this issue, no one should be telling you what to think or how to vote, but instead should be inviting you to consider how what they have to say might shape your views.