‘Wanting’ a Brexit deal isn’t going to be enough 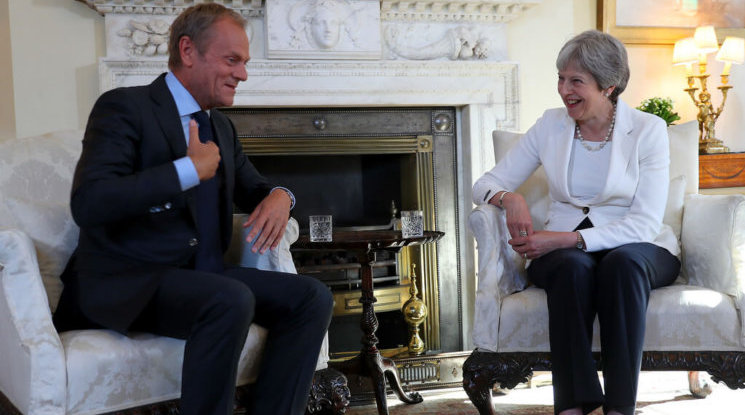 Imagine how the summit between the American and North Korean leaders would have played out if, as they sat down to talk, Donald Trump had causally mentioned that a nuclear-tipped ICBM had just been launched, targeting downtown Pyongyang.

Perhaps the handshakes would have been less effusive and the meeting somewhat shorter.

If the scenario seems lurid, then it’s still useful for illustrating how the Brexit process is different from normal negotiations and, in particular, how its default outcome is the departure of the UK from the EU without any deal.

Usually in negotiations, you start with nothing. Both sides identify a point of common interest, discuss and debate until they can find a mutually acceptable deal. If they can’t find that deal, then they go back to how they were.

You didn’t get your offer accepted on that house around the corner? A shame, but you walk away still with the deposit you were going to use. Trump and Kim decide they disagree about what ‘working towards denuclearization’ actually means? Not great for the Korean peninsula, but there were no prior commitments to Singapore.

But Brexit is different.

To be more specific, Article 50 is different. This provision of the EU’s treaties sets out the process for a member state to leave the organisation, and its central intentions are two-fold.

The first is that because leaving is likely to be quite involved – the EU being entangled in lots of areas of politics, law and economics – you need to have some time to sort out the details of leaving.

But more important is the intention that once a member state has decided – in whatever way it deems to be constitutional – to leave, the EU cannot stop it. When a state hands in its notification, the clock starts and that state will cease to be a member two years later, unless something else is decided.

Call it a backstop, if that helps.

Consider this a demonstration of the democratic ideal of the EU: each member state is sovereign and if it decides that it’s leaving, then it’s not acceptable to prevent that happening.

But the big upshot is that Brexit is akin to the ICBM-to-Pyongjang scenario: there’s going to be a big change coming at the end, unless something is done to make that not happen.

So if you’re interested in a deal on withdrawal being agreed, then you have to get the explicit and active approval of all three of the EU27, the European Parliament and the UK Parliament.

If you want to get some more time to negotiate Article 50, you need the explicit and active approval of the EU27 and the British government. Even a unilateral revocation of Article 50 by the UK would need some kind of acceptance by the EU.

In short, the decision to submit the UK’s notification in March 2017 changed the basic parameters of the exercise, in a way that is too often neglected.

To listen to many on all sides of the debate, views run on the lines of ‘hopefully, something will work itself out’. That might be understandable in the face of what seems to be a complex and thankless task, but it neglects that as an approach it simply won’t work: unless you’re aiming for a no-deal exit next March, you will have to make active efforts to reach any alternative outcome.

Moreover, because any Article 50 deal needs the active approval of both the EU and the UK, both sides will matter in shaping that deal. Yes, there might be strong practical incentives for both to find agreement – no-deal being economically and politically fraught – but that does not get around the need to get a text positively supported on all sides.

As a case in point, witness how the Commission is trying to make the best of the government’s recent customs proposal: there are many problems with it, but at least it’s a text and a starting point for unblocking the remaining obstacles. Both the UK and the EU have an interest in keeping the other side on board, which will mean some give-and-take.

The main take-home point from this should be that complacency by any party is misplaced.

For anyone interested in getting to a deal – and that is almost everyone in positions of power – the default setting is against them. Either by intention or by accident, there is still considerable scope for that default to come about: delays in negotiation, delays in ratification, delays caused by external events taking everyone’s attention.

Even those who do want a no-deal outcome can’t rest on their laurels: the efforts going into getting a text and a deal are now ramping up very markedly.

Things cannot go back to how they were and, unless something is agreed otherwise, they will change radically and fundamentally on 29 March 2019. Think of that ticking clock as the timing mechanism on the Brexit bomb.

By Dr Simon Usherwood, deputy director of The UK in a Changing Europe. This piece originally featured in Huffington Post.