We are in until we are out 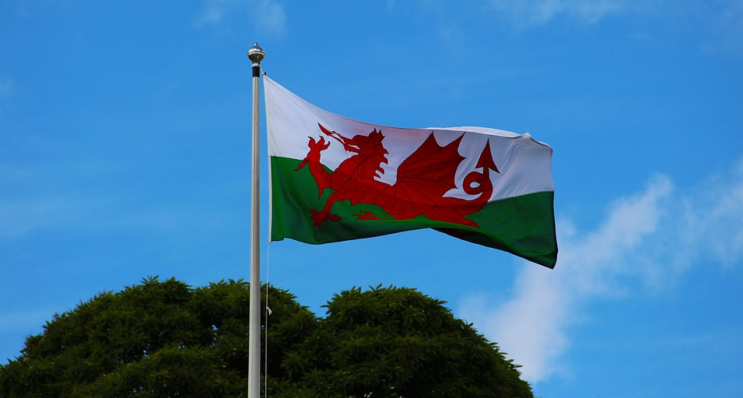 Today Wales goes to the polls to elect four members of the European Parliament. These are elections no one expected and practically no one wanted: political parties have done no planning and the coffers are depleted after a frantic few years of elections; there are no candidates in place, and many sitting MEPs unceremoniously kicked out of a job by Brexit are already metaphorically on the beach.

To compound it, there can seldom have been so toxic and unstable a political period, with the two main parties horribly divided, and their team captains undermined by an erosion of respect and loyalty from their respective team mates.

The two major parties should be very fearful about their prospects, in Wales and across the UK. 2019 feels a long way from the general election of two years ago, when Labour and the Conservatives swept up over 80% of all votes cast. That election looks more and more like an outlier now, and it feels like voters are more confident about shedding their usual party preference.

The Conservatives look particularly vulnerable for two reasons: firstly, its voters are known to be more likely to abstain; secondly, we know that a substantial proportion of Conservative voters in 2017 had a history of voting for other, more eurosceptic parties. They have obvious alternatives this time too.

We also know a fair bit about the public’s views on how Brexit has been handled (badly); who they blame for the Brexit shenanigans (May and MPs); their views on leading politicians (not good) and their views on Remain and Leave (some shift towards Remain but not much).

Also, European Parliament elections do not normally lend themselves to active campaigning, and there’s been little this time for sure. Except for the Brexit party, of course, but it’s approach has been less about door stepping and more US-style – which should remind us where Farage has been honing his campaigning skills. It’s no surprise that the Brexit Party’s campaign is a mix of strategic, but simple, social media appeals and large sports stadia rallies with its star performer as the main attraction.

We also know that clarity of definition is everything in politics, especially at times like these. It is hard to envisage an election more suited to the Brexit Party, a party with no other policies and set up to put the fear of God into MPs (as Farage charmingly put it).

There are several unknowns stalking the elections, as well.

Turnout in European elections has always been significantly lower than in general elections, as it has for Assembly elections in Wales. In 2014, turnout across the UK was 35%, steady from the previous elections in 2009 and slightly lower than the EU average of 40%. This time we know that ‘campaigning’ – such as it is – is coloured by fatigue, frustration and fury making it difficult to predict whether this will increase motivation to vote (and amongst who – Leavers, Remainers or both), or whether the public mood will mean a ‘plague on all your houses’ attitude.

The elections have also exposed a fundamental tension between traditional understandings of the value of an election campaign. Normally, campaigns don’t change outcomes or minds, but instead a meant to mobilise known party supporters. With little real campaigning and intensely divided parties, it is hard to see how they will ensure their supporters get to the polling stations and even then, whether they will stick with the party!

Given the political terrain is unusually crowded in Wales, with eight parties contesting the elections, and with limited Wales-only polling, it has been hard to gauge the likely performance of the two new kids on the block (Brexit Party and Change UK). The Remain side has no single focus so, whilst the Brexit Party would appear to have outmuscled UKIP relatively easily, success for Remain-supporting parties will depend on tactical choices region by region. Moreover, turnout will likely affect each side differently.

Then there is the impact of this on the more established parties in Wales. Four of the parties have new Welsh leaders for whom this is their first, nation-wide electoral test. We will be watching to see who might emerge with enhanced standing and a mood of positivity less than two years before of the Assembly elections.

It matters most for Mark Drakeford and for Adam Price. Welsh Labour has dominated Wales for nearly a century, winning the highest share of votes in every general election contest since 1922. The new First Minister would hate this dominance to erode just six months into his watch.

How well will unashamedly pro-Remain Plaid do under its new leader, Adam Price? There are stirrings at least of a more grown-up, less pejorative conversation on independence which might or might not help Plaid this time.

Finally, and fairly obviously, these elections have enormous implications for a range of individuals, parties and processes. For Theresa May and her Conservative government, will they hasten her departure, a leadership election, a Cabinet walkout, the collapse of government, a general election? Take your pick.

Will they signal the end of the road for Labour ambivalence? Will the Lib-Dems recover and what might be its future relationship with Change UK?

If the main Remain parties do poorly, what scale setback is that for a second vote? If they do well, it will surely add legitimacy to the calls for another say for the people, especially given those supporting Brexit have regularly claimed the last election saw people support parties committed to Brexit. The same must surely apply to this set of results therefore?

Will Brexit Party success be seen as a vote for a hard Brexit? Does it make leaving with no deal more likely?

Lastly, where will all this play out and in what state will it leave our politics? It is hard to imagine in a better place. Lewis Goodall, Sky News’ political correspondent talks about a new Brexit alliance (in England at least) of mass and elite: “…the conditions are ripe and the stage is set for the biggest backlash imaginable. Britain in 2019 is a petri dish of populism.”

For some of the other EU nations, this populism has been channeled in the direction of both left and right. In the UK, it has been almost exclusively on the right and it is hard to see anything other than an acceleration of this once the votes are counted.

By Laura McAllister, Professor of Public Policy at the University of Cardiff. This piece was originally published by the IWA on click on wales.