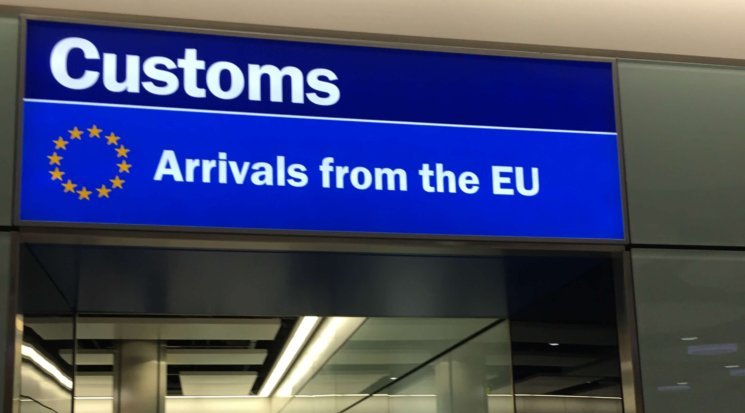 Immigration, and in particular free movement within the EU, wasn’t the only issue in the Brexit referendum.  But it was clearly the most important one. And, regardless of your views on the issues, this makes a certain amount of sense.

In many other areas, the promises and claims made by the Leave campaign for the benefits of Brexit were either misleading (£350 million a week), likely to be unpopular in practice (the “right” of the UK Parliament to restrict employment rights or roll back environmental protections), or speculative at best (the benefits of future trade deals with non-EU countries).

By contrast, on free movement, Vote Leave’s argument was clear, simple, popular, and broadly correct. Inside the EU, the UK cannot control (except to a very limited extent) migration to the UK from other EU countries.

And the Remain campaign had no coherent response: it could not credibly argue that the UK did have “control”, particularly after David Cameron’s failed attempt to secure an “emergency brake”.

Nor was it prepared to make a positive, evidence-based case for the benefits of free movement, since it thought this would just draw public attention to the issue that it feared most.

But while the vote to Leave may have been driven by the migration issue, that in itself did not tell us what would happen to immigration policy after Brexit. Indeed, during the campaign, Vote Leave argued both sides of the issue, warning with one hand about Turkey joining the EU and telling ethnic minority communities with the other that Brexit would allow a more liberal approach.

In the immediate aftermath of the referendum, it appeared that the direction of policy was indeed reasonably clear – albeit not that promised by the leading figures in the Vote Leave campaign. In her Conservative Party conference speech in October 2016, Theresa May promised that Brexit would mean the end of free movement; but she also rejected the favoured option of “liberal Leavers”, like Michael Gove and Boris Johnson, of an Australian-style points-based system.

She also made clear that she had no intention of reversing any of the policies that she put into place, as Home Secretary, to reduce non-EU immigration, including the cap on Tier 2 visas for skilled workers and the “hostile environment” for those without clear evidence of their right to reside in the UK.

But things have not gone according to plan for the Prime Minister, either at home or in the negotiations with the EU. On the one hand, the UK’s desperation to secure EU agreement to a “transition period” meant that we have in effect agreed to a “standstill period”; meaning that if there is indeed a Brexit deal, then free movement will in fact continue, exactly as now, until at least 2021.

Moreover, at home, her restrictionist policies have come back to haunt her. First, the Windrush scandal showed, perhaps contrary to her views and that of some other politicians, that is actually possible to appear to be too tough on immigration, particularly when it offends the basic sense of fairness of a majority of the electorate. As a result, we have a new Home Secretary, Sajid Javid, who has already signalled that his instincts are significantly more liberal.

Second, the fiasco of the Tier 2 visa cap. This was introduced in 2011, but was largely irrelevant until now, because many employers chose to avoid the Home Office bureaucracy by recruiting from within the EU.

With the recent sharp fall in EU migration, the demand for skilled non-EU workers has increased, with predictable consequences: the Home Office rejecting applications from workers – mostly doctors and other highly skilled professionals – who both meet the necessary qualifications and salary criteria and have a job offer from a UK employer.

While the cap has been modified but not, as yet, dropped, and is only one part of the system, this episode illustrates the inherent incoherence of the Prime Minister’s approach – shared as it is by many who in other respects claim to think markets work better than state planning.

When it comes to immigration, she thinks that targets and quotas are essential, and that the “man in Whitehall” knows best what the UK economy and labour market need. Few economists or employers or agree (and as a former senior civil servant, I certainly don’t).

These – so far small, but symbolic – policy shifts have come in parallel with a significant and positive shift in public attitudes to immigration. This shift appears to cross the Brexit divide. It partly reflects a view that we will “take back control” over immigration policy (and that migration will reduce as a consequence), and partly a greater appreciation of the positive contribution made by migrants. Meanwhile, business is becoming more and more concerned by the self-inflicted economic damage resulting from the current system.

So there may be a window of opportunity to use the Brexit process to reset the tenor of policy, while still going with the grain of public opinion. A more liberal approach, aimed at increasing skilled immigration and international students, and dropping the discredited net migration target, would be welcomed by business and could also unite the Cabinet. It would supported both by “Global Britain” Brexiters such as Boris Johnson, and business-friendly Remainers such as the Chancellor, Philip Hammond.

But another fundamental question remains unanswered. What to do about migration from the EU after the end of the transition period? The Cabinet is split. Business would like a system that looks very much like free movement, or at least has very flexible provisions for EU migrants, while some Brexiteers, including Michael Gove, have suggested that any system that gives privileged access to Europeans is racist. This will be a hard circle to square.

Moreover, it is even possible that free movement itself might come back on the agenda in due course. If, as is being reported, the government is going to seek to remain in the customs union and large parts of the Single Market after Brexit, there will be a price to pay. It seems implausible that the government could sign up to free movement in its current form – but could it accept a modified version?

This seemed off the table when I proposed it last year, but with the government’s back firmly against the wall in the negotiations, can no longer be entirely ruled out.

So everything remains to play for.  Two years after a referendum in which immigration was the central issue, we actually know less, if anything, about the future of the UK immigration system than we thought we did then.  I certainly didn’t predict that. Maybe Michael Gove had a point about experts…

By Jonathan Portes, senior fellow at The UK in a Changing Europe. This piece originally featured in the Telegraph.