We can control EU migration – we just haven’t done it 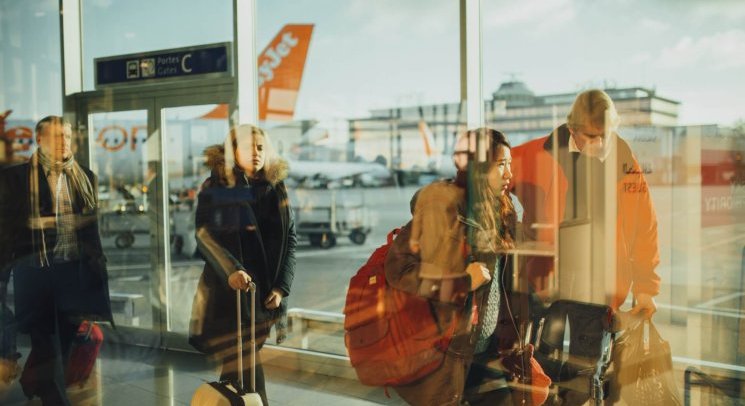 When the government’s post-Brexit immigration legislation, after much delay, was finally brought before the Commons last month, it still did not have the full support of the Prime Minister’s Cabinet.

Addressing business leaders at Davos, Chancellor Philip Hammond suggested that a future trade agreement with the EU could lead to more favourable immigration rules for EU citizens, reversing the government’s proposed clampdown on EU migration and returning to a more liberal stance.

One of the biggest issues in the referendum was the perception that unrestricted immigration meant migrants from the continent were putting a burden on the economy.

Furthermore, the refugee crisis was at its peak in 2016, with Nigel Farage’s fearmongering ‘Breaking Point’ poster and David Cameron’s warning of a migrant “swarm” only adding to the narrative that our borders were open and unchecked.

What people – even, seemingly, the government – did not realise is that, since 2006, the Free Movement Directive (to give it its formal title, EU Directive 2004/38/EC) has given us exactly the control over immigration that voters demanded.

Why did avid Cameron never talk about this during the referendum campaign? Voters were unaware of so much about our relationship with the EU prior to and during the campaign, much of which remained unanswered until long afterwards.

The Free Movement Directive is just one of many of these unknown factors that mean we need to raise the level of discussion and offer the British people a final say on Brexit.

I finally received an acknowledgement of the directive in writing from a government whip in November last year, after bringing this up in Parliament several times. He confirmed:

“Where admission is permitted, an EU citizen may remain in the UK for up to three months from the date of entry, provided they do not become a burden on the social assistance system of the UK.

If an EU citizen does not meet one of the requirements for residence set out in the Directive [employed, self-employed, self-sufficient, student] then they will not have a right to reside in the UK and may be removed.”

The UK is free to implement this policy as it sees fit, and yet it does not, while other countries – including Belgium and Italy – use this legislation to repatriate thousands of EU migrants each year.

If the British public knew this one fact – that we do have control of our borders even inside the single market – the fear of uncontrolled EU immigration would be dispelled. The fact is that EU migration is not unrestricted, and EU migrants are not permitted to burden the state by claiming their Treaty rights.

Each EU migrant, on average, contributes £2,300 more to the exchequer than the average British-born adult, supporting not just themselves but others who rely on the NHS and the UK welfare system.

We rely on EU immigration not just for low-skilled workers but across the whole spectrum, from hospitality and construction to financial services and academia – where up to 20 percent of academics at our Russell Group universities are from the EU.

Unemployment is at its lowest rate for decades at 4 per cent – almost 3 per cent lower than the EU average and less than half the EEA average. Without EU migration we will have an acute labour shortage.

EU migration has been made a scapegoat for problems in the British economy, entirely unfairly. We should be grateful for it.

But we should also be grateful for the powers the EU grants us to control it. When Leave campaigners shout ‘take back control’, they seem to miss the fact that the Free Movement Directive gives us this control.

Thanks to our government’s refusal to acknowledge the nuances of EU immigration legislation, the EU has become a scapegoat for uncontrolled migration.

The failure and hypocrisy of the UK government, which does not have control over immigration from inside or outside the EU, is blamed unfairly on EU freedom of movement rules that have overwhelmingly benefited the UK, without placing the purported burden on public services.

Look at the complete failures of the UK government’s own immigration policies dating back twenty years – from the removal of physical, visible exit checks in 1998 – that mean we have had no records of departures for hundreds of thousands of people each year who are meant to have left the country – to the unrealistic net migration targets set by successive governments since 2010.

Despite pledges to limit net migration to under 100,000, actual figures are more than three times that amount, with non-EU migration having reached 248,000, its highest rate since 2004.

The government has never had control over non-EU migration, so what makes it think that being outside the EU will give us that? The evidence points to the contrary.

In reality, the EU provides us with access to the best talent from the continent, while also giving us the power to curb immigration where necessary.

Outside the EU, we lose the Free Movement Directive; losing hundreds of thousands of skilled workers at every level, low-, medium- and high-skilled, per year and our ability to remove the minority of unemployed migrants who could become a burden on our welfare system.

Two-and-a-half-years on from the referendum we know so much more than we did in June 2016, including about this EU Directive. We need to have a People’s Vote so that issues like this can be brought to the notice of the public.

We must demand a government that uses the tools that it has to control immigration and support our economy – not with Brexit, which will be an untrammelled economic catastrophe with no foreseeable benefits at all. It is time the British people see that the Brexit Emperor has no clothes.

Lord Bilimoria is founder and chairman of Cobra Beer and the founding chairman of the UK-India business council.