We have ignored the services sector. This won’t end well 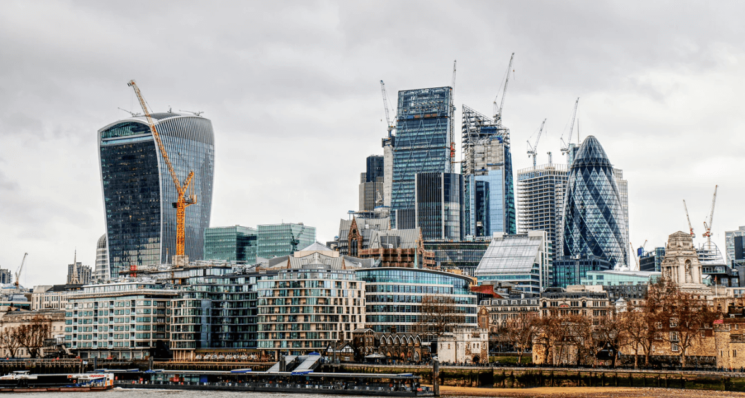 As we approach ‘Indicative Vote 2’, it is worth reflecting that nearly all of the discussion about Brexit ignores the bulk of the UK economy. The UK is a service economy: about 80% of GDP is generated by service sectors and 45% of total UK exports are cross-border services – by a long way, the highest proportion for any major economy.

This ignores services exports delivered via foreign presence – so-called Mode 3 – which is also large for the UK. Financial services are well represented in these data but they are far from the only area of strength in the UK services offering – think legal services, education and cultural exports.

‘No deal’, ‘Mrs May’s deal’, ‘a customs union’ all largely ignore trade in services. As I have explained elsewhere, the White Paper of July 2018, in which the UK government laid out its objectives for the future trading relationship, ‘acknowledges that there will be more barriers to the UK’s access to the EU market than is the case today.’

The Political Declaration that accompanied the Withdrawal Agreement in November 2018 made brief reference to services but stressed preserving ‘regulatory flexibility for the UK’ and aiming to ‘prevent the introduction of unnecessary regulatory barriers’.

Compared with the wording on goods trade – ‘have committed to create a free trade area, which combines deep regulatory and customs cooperation’ – this weak language suggests that the UK government is quite reconciled to a regulatory divergence with the EU which will significantly hinder trade in services.

There have been claims that this doesn’t matter because the single market never delivered much in services, but this has recently been decisively disproved by OECD. This extends the OECD’s Services Trade Restrictiveness Index to cover the regulatory regimes that govern services trade between 25 European Economic Area countries (the larger members of the European Union, Iceland and Norway).

For example, scoring sectors from 0 (totally open to imports) to 1 (totally closed), OECD estimates that for computer services the mean restrictiveness for trade between the EEA countries is 0.04 and for EEA imports from third-countries, it is 0.22; for air transport, the comparison is 0.15 and 0.42 and for legal services 0.08 and 0.37, and similar differences exist for nearly every sector.

Moreover, in addition to more liberal sectoral polices, the single market also has a very favourable ‘architecture’ for services trade – a common legal system, free mobility of labour and a common data-transfer regime (the GDPR).

The Political Declaration foresees negotiating a deep agreement to govern UK-EU trade, but, in fact, no trade agreement has achieved much actual liberalisation of services trade. They rarely progress beyond committing not to raise barriers above existing non-preferential levels and promising transparency over future policy changes. A UK-EU trade agreement negotiated with the UK outside the EU will not to get close to the replicating the single market.

How did the UK, the champion of free trade and services trade, come to neglect its principal area of comparative advantage?

First, in popular – and therefore in political – minds, services were suspect. Nick Crafts argues that Brexit was a consequence of the financial crisis of 2008-09, which was laid at the door of the dominant services sector – finance. Many people found it offensive that while they faced a vicious fiscal squeeze on public services (so-called austerity) the banks were bailed out and very few bankers were penalised at all.

Thus the services sector was weak politically at the start of the Brexit process, and for a variety of reasons, including its relatively recent rise, it was much less well organised than manufacturing, agriculture or fishing.

Second, trade in services is complicated. In a popular debate not characterised by its analytical sophistication, it was just easier to explain international trade in terms of iconic goods (cars, food) rather than abstract services which often seem merely to exist in the ether. Non-financial services never got seriously discussed

Third, the EU objection to cherry-picking coupled with Mrs May’s ill-considered ‘red-lines’ of October 2016 – leaving the customs union, leaving the single market (so that the UK could control immigration from the EU), freedom from the European Court of Justice and not paying ‘vast sums’ to the European Union – left little room for services.

Something had to give. Concern to avoid a physical border in Ireland and to avoid Dover seizing up if UK-EU trade were subject to border formalities elevated frictionless trade in goods to pole position, and Mrs May was not going to give up on immigration, so the UK government just gave up on single market type trade in services.

It was that simple. There was no conscious debate, no serious analysis of services policy and little effective lobbying. Given the lack of data on services trade it is difficult to be sure, but I fear that we will come to view this neglect of the UK’s key sectors as a mistake of historic proportions.