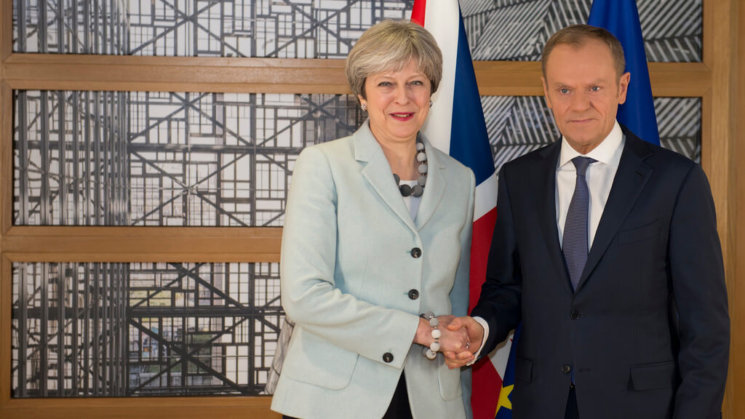 So, what exactly is a no deal Brexit, and what would it mean?

Well over two years after the referendum of 2016, it is remarkable how ill-informed much of the debate remains. Many Brexiteers argue that it would simply involve trading ‘on World Trade Organisation (WTO) terms’, and that this would not be too bad at all. Such claims are not only wrong, but miss the point.

The UK in Changing Europe, the independent think tank that researches into UK-EU relations of which I am director, has produced a report today outlining what a no deal could mean.

The report, written by 22 academics, found that leaving the EU with no trade deal and falling back on WTO arrangements to govern our dealings with the member states will, of course, have a severe impact. It will significantly reduce trade with our largest trading partner.

Forecasts are, of course, just that – they are not predictions. However, the most detailed forecasting exercise, carried out by the British Government, found that a WTO scenario would reduce UK GDP by about 8% over the next 15 years.

The economic impact would come about for a variety of reasons. Most obviously, the imposition of tariffs, customs and regulatory checks on trade with the EU.

Administrative costs alone – and here we’re talking, among other things, about reams of new paperwork – can add between 4-15% to the cost of producing a good.

None of this is great, obviously. But, again, it is really not the major thing we should be concerned about in the event of no deal.

No deal implies that the UK will fall out of the EU with no agreements at all. The basic legal and regulatory infrastructure that keeps commerce between us and the EU flowing would end.

In other words, the point about a no deal outcome is not that the new arrangements would not be as good as existing ones. Rather, a significant number of rules would simply cease to apply.

The immediate shock for a whole range of areas that we take for granted – aviation, medical supplies, food supplies, our agriculture industry and financial services – would be hugely disruptive.

Take aviation for example. EU regulations allow EU airlines to operate services between and within EU member states, and defines technical criteria for these airlines.

No deal would mean that the safety certification for UK aircrafts would lapse on March 29, 2019, and that UK airlines would lose access to EU markets.

There is also the prospect of delays in access to medical supplies used in treatments. Imports from the EU are particularly important for some products, such as human insulin, which are not currently produced in the UK.

The government is working with pharmaceutical companies to ensure a six-week supply of medicines. It is unclear as to whether this will be sufficient.

For food producers, the effect will depend on the sector. In the case of beef, the imposition of high tariffs as a result of a no deal scenario could lead to a total collapse in trade between the UK and the EU (the UK is a large net importer of beef from the EU).

For consumers, a reversion to WTO tariffs would lead to a significant increase in domestic food prices. Our estimates for the meat sector and food processing show increases of 7.3% and 3.7% in retail prices, respectively.

Finally, for financial services, uncertainty abounds. Firms wishing to maintain their current levels of activity will need to establish an off-shoot in the EU. This is a lengthy and complex task and, if there is no deal and no implementation period, we can expect a rapid acceleration in their efforts.

Where business lines are deemed no longer viable (because markets cannot be accessed, and new legal entities cannot be established in time), we can expect job losses.

All this is quite technical. But the point about no deal is it would mean that no system at all would exist to replace the one found under EU law.

And so, while it makes sense from a negotiations perspective for the British government to claim it is willing to walk away from the Brexit talks, in reality, the threat is not a credible one.

No deal, were it to happen, would be enormously disruptive. Better, by far, to ensure it does not materialise.

By Professor Anand Menon, Director of The UK in a Changing Europe. This piece originally featured in the Metro.