We need to talk about David (now Lord) Frost again 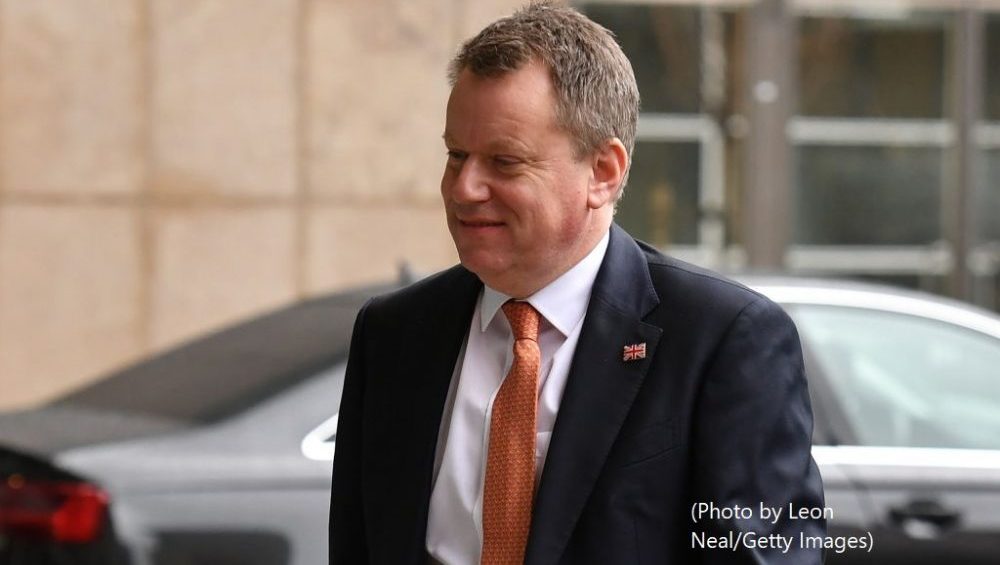 In 2020, the appointment of David Frost as UK Brexit Chief Negotiator – not as a minister, not as a civil servant, but as a special adviser – raised a set of accountability issues once the Department for Exiting the EU was abolished.

That was resolved by some uncomfortable parliamentary double acts in front of select committees when Frost sat alongside Michael Gove, the Chancellor of the Duchy of Lancaster. Frost answered on the state of play of the negotiations, Gove on preparations.

But on the floor of the House, it was Gove who had to answer for negotiations in which he played no role, and even after he was elevated to the House of Lords, Frost left the task of answering the Lords questions to a Cabinet Office Minister, Lord True.

The recent appointment of Lord Frost to the Cabinet solves some of those accountability issues. It is likely that the Lords will schedule a regular question time with him to probe him on progress on implementing the Trade and Cooperation Agreement and the Withdrawal Agreement, including the Protocol on Northern Ireland and Ireland.

The Commons will have to be satisfied with his Cabinet Office ministerial colleague, Penny Mordaunt, who last year acted as Gove’s deputy.

Frost’s appointment also clarifies the chain of command on the implementation of the agreements. He will be the UK’s co-chair of the Partnership Council, and take over from Gove as the Chair of the Joint Committee on the Withdrawal Agreement implementation.

His team at Task Force Europe, that was based in No.10, is morphing into a new Europe Unit in the Cabinet Office to support him.

The goods news is that is a coherent structure for managing the relationship and its complex links to wider policy – to the relations with the devolved governments, managed by the Cabinet Office’s Constitution Group, to UK trade policy, and to UK domestic regulatory policy. Frost also seems to be taking over responsibility for managing the transition in the Cabinet Office.

So far, so good. More accountability than having Brexit policy run by an adviser in No.10 which was Boris Johnson’s initial idea when it was proposed to make Frost his personal ‘Brexit and International Policy’ representative after second thoughts on making him National Security Adviser.

More clarity on who is in charge. And a welcome degree of continuity of personnel, not always a strength of British governments.

So why any reservations?

The first question is over who is setting the strategy inside the Government. The move from Gove to Frost has been variously interpreted as a desperate throw by the Prime Minister to find a way of keeping Frost on board after he was upset at being deprived of the National Security Adviser role to which he had originally been appointed. It was a clear sighted signal that Goveian emollience was to be replaced by Frosty grit.

That is the grit that led to the initial Internal Market Bill, with its inflammatory clauses, the continuing spat over the status of the EU representation in London, with the accompanying freezing out of our newly appointed Ambassador to the EU, and most recently manifested in the unilateral decision to extend grace periods, where the EU is now initiating infringement proceedings against the UK. Frost took to the pages of the Sunday Telegraph to tell the EU to stop ‘sulking’ over the loss of the UK from its club.

This may well be the Prime Minister’s strategy. What is less clear is whether it has been properly discussed in any collective setting.

We don’t know whether there is still a strategy committee overseeing UK-EU relations chaired by the PM; it may be that a cabinet composed of Brexit loyalists, and where Brexit red meat is the only Government move (other than vaccines) that is guaranteed to be welcomed on the backbenches, is perfectly happy with the way in which the UK’s relationship with the EU is being managed.

But it seems odd if none of the  Business Secretary, the Agriculture minister or the Chancellor have anything to say about a situation in which UK firms face the full battery of checks at the border but the UK imposes nothing similar on EU goods coming into the UK.

The second question is whether the Prime Minister receives any advice on the management of Brexit from anyone but Frost.

Before Brexit, as our forthcoming report on ‘Whitehall in Brussels’ makes clear, the Prime Minister would expect to have regular contact with two top officials on EU issues – our permanent representative in Brussels and his own EU Sherpa – who headed the Cabinet office’s EU and Global Issues secretariat.

That was a natural consequence of so much business in the EU being conducted by heads of government.

That has changed with Brexit. The PM will not be regularly going out to meet his EU counterparts. Both those roles now de facto report into Frost who can exercise a monopoly on the views being fed in to the Prime Minister.

The latter may end up finding Frost persuasive – but he needs to give his ambassador in Brussels a chance to feed in directly his reading of how the EU is reacting to UK actions.

The third question goes to Frost’s own ability to make his agreement work for the country. Last year, in Brussels, Frost gave a speech in which he dismissed concerns about non-tariff barriers and customs formalities as ‘exaggerated’.

On Friday he took to twitter to rationalise the terrible January trade statistics, showing exports and imports falling off a cliff as ‘exceptional’ – which they certainly were – but also that things were reverting to normal. That may be a new normal of significantly lower trade in both directions.

Frost’s destabilising actions, his deliberately belligerent attitude to the EU, his repeated resorting to unilateral measures, each raising the risk of retaliation or even, if things deteriorate,  non-approval of the deal, make the business environment more not less difficult.

Frost makes much of being the minister for the opportunities from Brexit – but may be too reluctant to play his equally important role as the minister for minimising the downsides of Brexit.

The Prime Minister needs to make clear he expects Frost to play both roles.