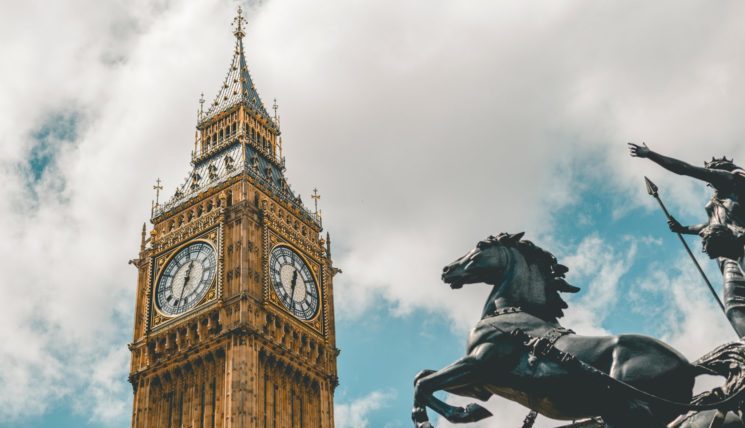 That’s it, we’re out. But in terms of the UK’s relationship with our former fellow EU members, Brexit means Brexit remains as opaque an explanation as ever.

Sajid Javid’s recent interview with the Financial Times was notable for a number of reasons.

Not least, the chancellor’s claim that businesses now had certainty and could start preparing for life outside the EU, while refusing to specify which European regulations the government was proposing to ditch.

This week, cabinet minister Michael Gove reiterated that while aiming to minimise trade friction, “some regulations” would “differ” and this would introduce “some bureaucratic processes”. Like his colleague, he was unspecific.

This matters, because businesses are in desperate need of genuine certainty, which is in short supply, not least because Prime Minister Boris Johnson’s withdrawal deal deprives them of it.

Uncertainty was not an inevitable element of the Brexit process. Far from it. By way of proof, compare Mr Johnson’s deal, easily passed after he secured a majority in the December general election, and his predecessor Theresa May’s deal, which failed to get through the House of Commons.

The all-UK backstop in the May withdrawal agreement — hated in the Conservative party, but a hard-won concession from EU negotiators — included, crucially, a de facto customs union. This provided a guaranteed minimum relationship that would kick in should no free trade agreement capable of resolving the Irish border issue be agreed.

It also addressed other political concerns about the future. Areas such as workers’ rights and environmental standards, on which the EU is now concerned to prevent the UK diverging so as to maintain a level playing field, were guaranteed by international treaty.

This provided some certainty for companies, which could work on the assumption that the customs and regulatory arrangements foreseen by the backstop could not be undercut.

For many on the European side, the all-UK backstop was a hard pill to swallow. Why? Because it offered a large and geographically proximate competitor significant market access without alignment with all EU rules, and secured more or less by domestic, rather than European Court of Justice, oversight and enforcement.

That relationship was embedded in the withdrawal agreement and hence a legal obligation rather than simply a set of ambitions in a political declaration. Several member states had to be persuaded — not least by the tireless efforts of the EU’s chief Brexit negotiator Michel Barnier’s second-in-command, Sabine Weyand — to accept what they saw as a huge win for London.

So Mrs May’s deal implied far less uncertainty than we now face. Not least, it rendered impossible the no-deal Brexit on World Trade Organization terms that many in business now fear for December 2020, at the end of the transition period that started this week.

In contrast, Mr Johnson’s withdrawal agreement has nothing to say about the rest of the UK’s future relationship with the EU, though it does lock in such a relationship for Northern Ireland. Consequently, the prime minister has left open the possibility of a no-deal Brexit at the end of the year.

Indeed, by insisting that he will not extend transition, he has conceivably made such an outcome far more likely.

Meanwhile, the government continues to prevaricate, obfuscate and give every indication that it does not understand the issues at stake.

One day, the chancellor tells the FT: “There will not be alignment, we will not be a rule taker.” The next, he tries to placate business — telling an audience in Davos, for example, that “we won’t diverge for the sake of it”.

The problem here was not that these two statements are contradictory. Britain could easily refuse to follow EU rules while remaining aligned. That is a question, as the Leave campaign’s slogan dictates, of “taking back control”.

The issue with Mr Javid trying to reassure businesses about the UK’s relationship with the EU is that, as Sam Lowe of the Centre for European Reform has pointed out, flexibility does not come for free.

By reserving the right to diverge from EU rules — even if we do not exercise it — the UK will face significant costs, loss of market access and burdens for business.

This continued uncertainty has several implications. On a macro level, it makes it difficult to envisage the Brexit boom or business investment that Mr Johnson might be hoping for to provide the economic mood music for trade talks over the next 12 months.

Second, while businesses can probably assume that, even if a deal with the EU is struck, checks will be imposed on UK-EU trade — indeed Mr Gove last week warned business groups to expect friction — they still do not know for certain what kind of checks these will be, to whom they will apply and whether tariffs might apply.

Finally, it’s worth remembering that one of the crucial rationales for this transition period was removing the need for repeated adjustments to shifting terms of trade. Providing a bridge from membership to a new relationship was intended to make life easier for business.

Yet we have entered a new era facing the prospect of either another cliff edge or a limited deal by end of this year, followed by continued negotiations in sectors not covered by the initial agreement, leading to the need to adjust all over again if and when a deal is struck.

Mr Johnson may have got Brexit done. But even now we don’t know what, precisely, Brexit means.

By Professor Anand Menon, Director of the UK in a Changing Europe. This piece was originally published by the Financial Times.