Welcome back to Brexitland 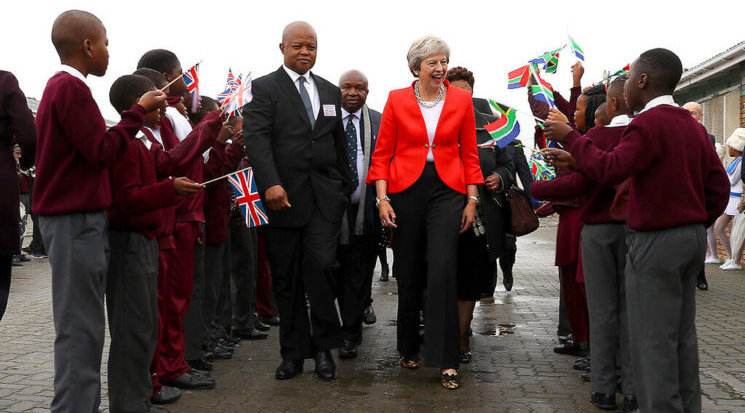 After a long summer vacation, Britain’s politicians return next week for the final lap.

Between now and early January at the latest, a deal needs to be struck on Brexit between the UK and the European Union which ties up all the loose ends after Britain walks away from 40 years of membership.

In addition, the groundwork needs to be laid in defining what the relationship will look like in the future.

So, what agreements have been reached, and what remains to be done?

When it comes to the “divorce,” many — if not most — of the outstanding issues have been settled. The UK has agreed to pay a generous “divorce bill” and both sides have agreed to settle the status of their respective citizens in each other’s territory.

The main outstanding issue, the one that must be causing negotiators to lose sleep at night, remains Northern Ireland — or, more precisely, the question of what to do once Britain leaves the EU to avert the need for a customs and regulatory border between it and the Republic of Ireland to the south: an EU member state

Which brings us back to our returning (and doubtless well-tanned) parliamentarians. At some point over the next few months, they will be asked to vote on whatever deal the government strikes with the EU.

The European Union has stated repeatedly that the choices on the table are limited. Either Britain remains within the EU’s single market, or it leaves it altogether. Similarly, the UK either remains in the customs union, or it faces the imposition of tariffs and other impediments on trade.

So Britain faces a choice. It might decide to remain very closely linked to the EU — part of its market and customs union and therefore still subject to EU laws (over which, as a non-member, it will no longer have any say) and bound to accept the right of EU citizens to come here and work. Or, we can have a more distant relationship — a “cleaner Brexit” in the jargon, and leave the single market and customs union.

The problem is that, in the latter case, the EU will insist on a different status for Northern Ireland, keeping it more closely tied to the EU than the rest of the UK so as to avoid the imposition of a north-south border on the island.

And here’s the rub. As things stand, it is hard to see there being a majority in the British Parliament for either of these outcomes.

Many MPs would view the former option as a betrayal of those who voted leave precisely to escape from EU law and end the freedom of movement of workers. Meanwhile, not only are less EU-hostile MPs wary of the economic costs of a cleaner break, but the British parliament is unlikely in the extreme to vote for an outcome that will separate part of the country from the rest of it with a customs and regulatory border.

So as the endgame approaches, and despite the progress made, an obvious achievable outcome is as hard to imagine as ever.

Of course, a lot can change. Such is the febrile state of British politics that it is virtually impossible to predict how our parliamentarians will vote in a vote that will not be held for some months.

And of course, the EU position might change. The sharp rise in the pound following what appeared to some to be positive comments about Brexit ambitions from the EU’s chief negotiator underlined what a game changer such a shift would represent.

Unfortunately, that was largely all the incident represented, as Michel Barnier’s comments were somewhat misinterpreted and did not imply the kind of softening in the EU’s approach that many in Britain assumed (or, rather, hoped, they did).

So there is still much to play for. It is as hard to predict the eventual shape of the Brexit outcome as it ever has been. All we can be sure of is that it will continue to be the single most important issue in our politics for the foreseeable future, dominating governmental and parliamentary agendas, and continuing to feed the anger and bitterness that continue to bedevil our political debates.

By Professor Anand Menon, Director, The UK in a Changing Europe. This piece originally featured on CNN.