Were Millennials “screwed by older generations” at the EU referendum? 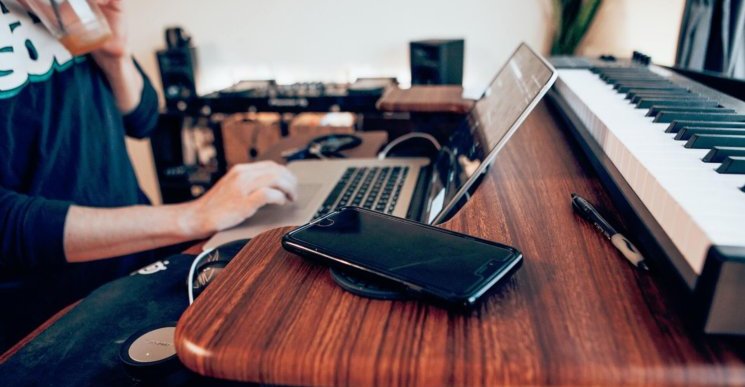 One of the most fascinating trends affecting our democracy is the growing division between people of different generations regarding how they vote: as YouGov’s Chris Curtis remarked after this year’s general election, “in electoral terms, age seems to be the new dividing line in British politics.”

As many commentators have observed, age differences in voting patterns were extremely marked during the EU referendum vote, with both YouGov’s and Lord Ashcroft’s post-referendum polls finding that over 70% of voters aged 18 to 24 had sided with Remain, compared with fewer than 40% of over-65s. The knee-jerk reaction to this information from the media was that, as one Millennial expressed it on Twitter the day after the vote, the young had been “screwed by older generations”. However, does this rather crude generalisation reflect what actually happened?

As the UK’s leading charitable think tank which exists to research the problems facing the Millennial generation, at the Intergenerational Foundation we decided to do a large-scale statistical analysis of how people from different generations actually voted. We used the data provided by around 20,000 people who participated in Wave 9 of the British Election Study (BES), the UK’s largest survey of political behaviour.

Our report, Generation Remain: Understanding the Millennial Vote, which resulted from this analysis, hopefully sheds some interesting light on the reality of how different generations voted, and why.

In order to do a generational analysis of the vote, the first challenge we faced was attempting to define what we meant by a “generation.” In the end, we decided to use the definition of McCrindle (2009), who said that a generation is “a group of people who share a time and space in history that lends them a collective persona.”

Using the BES data we were able to confirm that Millennials were by far the most pro-Remain of the four generations, as two-thirds of them voted to stay in, while the Baby Boomers were at the opposite extreme. However, these data did also suggest that more Baby Boomers could have actually voted for Remain than did Millennials, simply because there are many more of them and all the available evidence suggests that more of them turned out to vote.

One way of looking at these generational voting patterns is that they actually present a very interesting quandary. This is because many analysts have claimed that socio-economic factors can explain a large part of why Britain voted to Leave, as the Leave vote has been interpreted as a form of protest by those communities which feel left behind by successive waves of immigration, globalisation and social change.

Yet – as the recent debate about intergenerational fairness (which IF has been heavily involved in) has emphasised – the Millennials have been the generation which has lost out the most from the economic changes which have occurred over the past three decades.

Other research has shown that they were the first post-war birth cohort to begin their working lives with average earnings that were no higher than the previous generations’ had enjoyed at the same age.  On top of this, they have lived through the vicissitudes of both the 2008 economic crash and Britain’s housing crisis, yet their economic misfortunes didn’t translate into high support for Leave.

By contrast, Baby Boomers are the wealthiest generation in contemporary Britain, and previous research has shown that the Leave vote was actually buttressed by large numbers of exactly the type of affluent older voters who’ve been the big winners from final salary pension schemes and house price growth – yet they still leant their support to Leave (Swales, 2017).

To explore these patterns, we ran two regression analyses to tease out the reasons why an individual might have voted Leave. The first of these included a wide range of demographic characteristics from within the dataset – such as age, education, household income, ethnicity, disability and so on – while the second also included the extent to which the people filling in the surveys said they felt “British” or “European”.

The results showed that being highly educated and/or being non-white were the two demographic characteristics which exerted the largest influence on someone’s likelihood of not voting Leave, but that identity was still extremely important even when you controlled for these factors in the second model.

In other words, these findings suggest that the Millennials supported Remain so strongly because they are the most highly-educated and ethnically diverse generation in contemporary Britain, and also because they have a far more pluralistic view of national identity than older generations do: only around 25% of Millennials told BES they feel “Very strongly British” compared with almost 60% of people who belong to the pre-1945 generation.

However, we’ve already shown that Millennials didn’t vote homogenously. We then tried to divide the Millennials into different “tribes” of voters using a method of segmentation called latent class analysis, which algorithmically searches for patterns in the data and puts individuals into groups containing people with similar characteristics.

What this suggested was that there were actually 4 such “tribes” of Millennial voter: Eurosceptics (the predominantly white-working class group who sided with Leave), Affluent Pro-Europeans (highly-educated and affluent voters living mainly in England’s South East), Left-Wing Pro-Europeans (a much less affluent group whose members appear to be concerned about social protection) and Celtic Pro-Europeans (Welsh and Scottish Millennials whose support for the EU is related to their support for causes of Scottish and Welsh nationalism). The key message is that these four groups voted the way they did for varying reasons and are likely to want different things from the UK’s future relationship with Europe.

The million-dollar question hanging over this analysis is whether or not these patterns are age-based or generational; in other words, will Millennials stay so pro-European as they get older, or will they follow the pattern established by previous generations and become much more anti-EU? The answer to that question will weigh heavily on the nature of our relationship with the rest of Europe for decades to come.

By David Kingman, Senior Researcher at the Intergenerational Foundation, his research is based on young peoples and politics, housing, pensions, employment and quality of life.