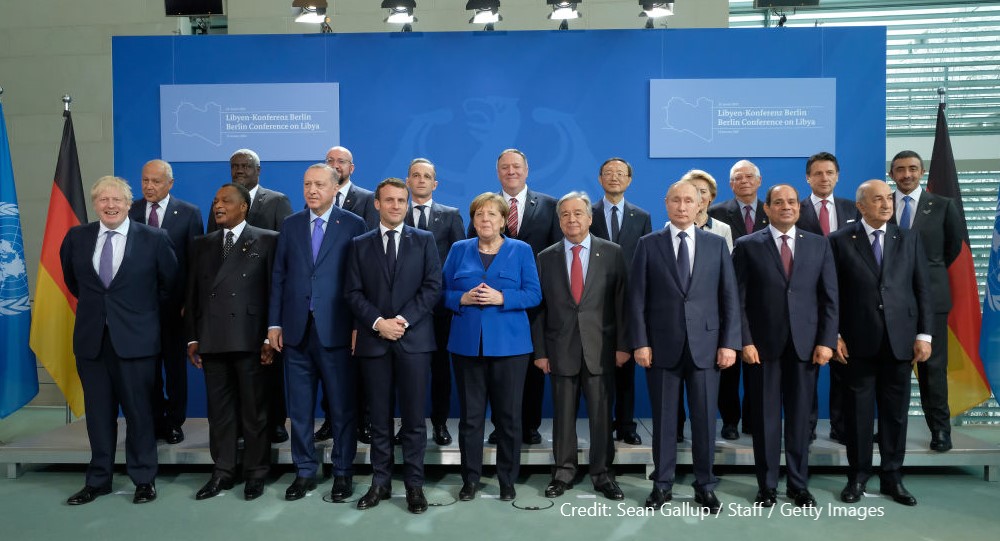 The expansion of NATO and the EU cannot be blamed for the crisis in Ukraine, but this does not exonerate the western policy failures which have indulged the Russian leadership, enabled Russian power, and ultimately helped to finance Putin’s war.

Russia’s flagrant opposition to democracy, its violent suppression of internal opposition, and its aggression towards Ukraine – dating back to the illegal annexation of Crimea in 2014 – were not met with adequate western reaction.

Criminal acts by the Russian state did not dissuade European governments, including our own, from financing Russian business, issuing golden passports to oligarchs, and acquiescing in corruption and violence since the end of the Cold War.

Germany led the common assumption that economic engagement would encourage good behaviour and bring Russia into the international democratic order. It has not turned out that way. Instead, Germany and the EU became dependent on Russian oil and gas. Under Gerhard Schröder, Germany was the originator of the Nord Stream gas pipeline supplying Russian gas to the EU.

The invasion on 24 February finally brought long overdue western reaction: freezing assets, denying access to SWIFT, sanctions on businesses and individuals, a ban on Russian TV channels, and a sports and cultural boycott. Schröder’s SPD successor, Olaf Scholz, withheld licencing for Nord Stream 2 and has vowed to wean his country off Russian gas.

When it comes to western energy policy, the west must reduce its reliance on Russian gas and oil and make inevitable sacrifices, and the EU must find alternative supplies. Such moves are critical to deprive Putin of cash that supports his war. The arrival of spring affords some breathing space, but reducing consumption and switching to renewable sources is essential anyway, given the climate emergency. This war merely adds urgency.

The International Energy Agency (IEA) reports that a barely noticeable one degree lowering of thermostats throughout Europe would save 10 billion cubic metres of gas. Governments should recommend three degrees, especially in over-heated workplaces. The IEA released a ten-point set of recommendations to reduce dependency on Russian gas.

This goes a long way back

Before Ukraine became a European news story in 2004, it was evident what kind of a leader Vladimir Putin would prove to be. Faced with a separatist threat from the Muslim enclave of Chechnya, President Boris Yeltsin called on Putin to organise the response.

The wars in Chechnya, in 1996-98 and 1999-2000, demonstrated his chilling readiness to deliver massive firepower against a far less well-equipped enemy. Grozny was pulverised by artillery, an entire city destroyed. In response the west sought accommodation with Russia through association and cooperation arrangements with NATO, with the common enemy identified as Islamic terrorism.

Yeltsin handed over to Putin in December 1999. In 2004, Moscow took exception to Ukraine’s Orange Revolution, which signalled Ukraine’s aspiration to move into the orbit of the European Union. Within a decade, this became the settled will of most Ukrainians.

The Ukraine government in 2013 negotiated an agreement with the EU which the pro-Russia President Viktor Yanukovych, under pressure from Moscow, refused to sign. This triggered the Euromaidan protests between November and February 2014, calling for the President to quit, and for the EU agreement to be ratified.

A violent response from special police units resulted in around 100 deaths, before Yanukovych fled to Moscow. Ukraine’s democratic journey appeared to have taken a decisive step.

Within days, Russia’s response was to annex Crimea and foment an uprising in Luhansk and Donetsk, starting a war in the Donbas region that cost over 14,000 lives. The west ejected Russia from the G8, a move Moscow dismissed as insignificant. On 17 July Malaysian Airlines flight MH17 was shot down over separatist-held territory by a Russian-supplied Buk missile, killing all 298 people on board. Dutch air accident investigators identified a Russian armed forces unit as responsible for the atrocity.

These egregious acts followed an established pattern. Astonishingly, the Sochi Winter Olympics went ahead, and FIFA did not deprive Russia of the 2018 World Cup, which proved a financial and propaganda coup for Putin.

There has been only token western policy response to criminal violence and murder involving Russian state suppression of domestic opponents. Examples abound. The Salisbury attacks. Sergei Yushenkov, the  founder of the opposition party Liberal Russia who believed Putin was behind the 1999 bombing of apartments in Ryazan (which Putin blamed on Chechen terrorists) was murdered in 2003.

The same year Yuri Shchekochikhin, a journalist investigating the apartment bombings, contracted a mysterious illness and died suddenly. Anna Politkovskaya and Natalia Estemarova were journalists critical of Russian policy in Chechnya. They were assassinated in 2006 and 2009 respectfully.

Sergei Magnitsky, a human rights lawyer, died in police custody in 2009 having been brutally beaten. The business oligarch and former aide to Boris Yeltsin, Boris Berezovsky, accused Putin of ordering the 2009 poisoning of former KGB agent turned whistle blower Alexander Litvinenko in a London hotel. Berezovsky was found dead at his Berkshire home in 2013.

Boris Nemtsov, a politician turned Putin opponent who sought to expose corruption and condemned Moscow’s interference in Ukraine, was murdered in 2013.

More recently, the attacks on and arrest of lawyer and regime opponent Alexei Navalny has been widely reported. He faces several years in prison.

In all of these cases western policy response has been limp.

Vladimir Putin managed a rehearsal for attacks on Ukrainian cities when he joined the Syrian civil war in defence of Bashar al-Assad. Russian intervention rescued the Assad regime and helped to reduce Aleppo to rubble.

Sanctions were introduced after the annexation of Crimea, but lacked decisive impact. Western policy responses have been reluctant to take actions that might damage its financial interests or expose complicity in corruption. We must hope that 2022 brings a moral reset and a determination to stand up to tyranny.

Now, only by freezing Russia out of trade and stripping the assets of criminal associates of the Putin regime can the west hope to end the carnage wrought by Putin.

Economic isolation of Russia should be global, but China, India, and Brazil have equivocated over the invasion of Ukraine, while Britain has been criticised for a weak sanctions response and a ‘lack of humanity’ in addressing the unfolding refugee crisis.