What a Brexit would mean for Europe’s television channels 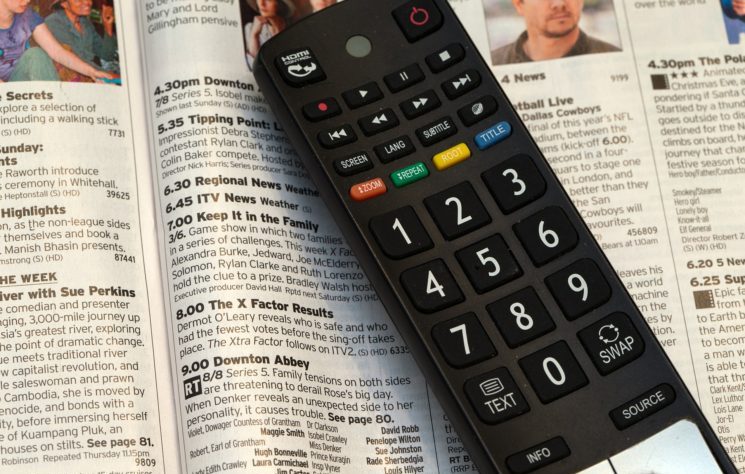 The UK is an attractive base for broadcasting channels targeting other European states. The UK’s domestic market is large, creative skills sets are high and quality of life attracts skilled employees amongst many other advantages such as strong infrastructure, post production facilities and availability of satellite uplinks. However, without Europe’s Single Market, these channels would not be able to operate across Europe. EU television regulation has consolidated the UK as a major hub for television services.

European television regulation began back in the 1980s when signals began to cross borders. Back in 1989, the European Community agreed on the Television Without Frontiers (TWF) Directive under its single market programme. This EU law was strongly supported by the UK under the Thatcher government. It enabled channels to broadcast to other European countries without being subject by local licensing rules. For example, Disney broadcasts to the Czech Republic, Hungary and Slovakia Romania and Bulgaria with a license from the UK regulator, OFCOM.

Many companies relocated or set up headquarters in the UK because the Directive enabled them to take advantage of a British base and, at the same time, broadcast abroad. Sky relocated to the UK from Luxembourg in 1990. In 2003, Sky launched Sky Italia and Sky Deutschland in 2009 both licensed in the UK.

Today, Sky broadcasts to the UK, Ireland, Germany, Italy and Austria with over 20 million customers across Europe. The company employs 25,000 in the UK and Ireland and feeds the downstream sector in content production and hardware supply such as Pace which operates out of Salts Mill in Bradford which provides set-top boxes for Sky across Europe.

Sky’s move was followed by the establishment of other companies in the UK in the 1990s including a number of large operators with multi-channel packages such as AMC networks, Disney, Discovery, Turner, Viacom and Viasat. At present, the Modern Times Group (MTG) is broadcasting 60 channels in 36 countries from the UK. MTG is the largest commercial operator broadcasting in Scandinavia and the Baltics, and has broadcasting operations in Bulgaria, Czech Republic, Hungary, Russia and the Ukraine. Former domestic providers such as the BBC and ITV now broadcast and provide programming across Europe.

Today, the UK is a base for 1523 out of 5141 television channels operating in the EU, 65% of which target other EU countries (European Audiovisual Observatory, 2015). Many companies operate channels in different languages simultaneously such as AXN Europe (Sony), Disney, Discovery, National Geographic, Turner (e.g. Boomerang, Cartoon Network, TCN, TNT) and Viasat (Modern Times Group). Recent increases can be seen in entertainment, culture, HD services, children and sport.

In 2010, Europe’s television Directive was updated to include other services such as video-on-demand and catch-up services over DTT, cable, satellite, IPTV channels or online. By 2014, 515 of the 2563 such services on offer in Europe were operating out of the UK representing a 20% share of the market. All of the restrictions on advertising now apply to new service providers.

What do European rules do?

Mainly they focus on advertising. Films, news and children’s programmes are limited to advertising breaks of every 30 minutes and no advertising is permitted during religious services. Advertising is limited to 20 % of programming time per clock hour and to not more than 12 minutes. European rules also permit product placement in films and teleshopping which used to be banned in the UK. The UK also applies British rules to programming on top of EU regulation. For example, in the UK, there are strict rules on watersheds for children e.g. for violence and alcohol advertising.

The UK bans produce placement of tobacco, alcohol, gambling, escort services or weapons. Foods high in fat, salt and sugar and medicines and baby milk are also not permitted. For example, an advert for MacDonald’s would not be shown on a UK-based channel showing children’s cartoons.

What happens if the UK leaves the EU?

The television Directive is expected to be revised within the next two years before the UK officially leaves the UK if Brexit occurs and might possibly be decided during the UK Presidency of the Council of the EU in 2017. However, if there is delay or the Directive is revised again post-Brexit, there could be a change which might not be favourable to UK interests. For example, some European states want to introduce exemptions for channels broadcasting ‘hate speech’.

This could be interpreted differently by Member States particularly in Central and Eastern Europe which have historically had stricter interpretations than the UK. There could be a change in location of regulation based upon editorial control. This could affect operators like MTG or AMC networks which take editorial decisions on programming in other European states. Another exemption proposed by the Nordic states could introduce local licensing for children’s programming. UK based channels could lose their UK licenses as a result. This could make the UK less attractive as a base for companies’ operation.

Alison Harcourt is Professor of Politics at the University of Exeter and Senior Fellow of The UK in a Changing Europe. This piece was co – published with The Conversation.