What a difference a decade can make: cohesion policy and Brexit 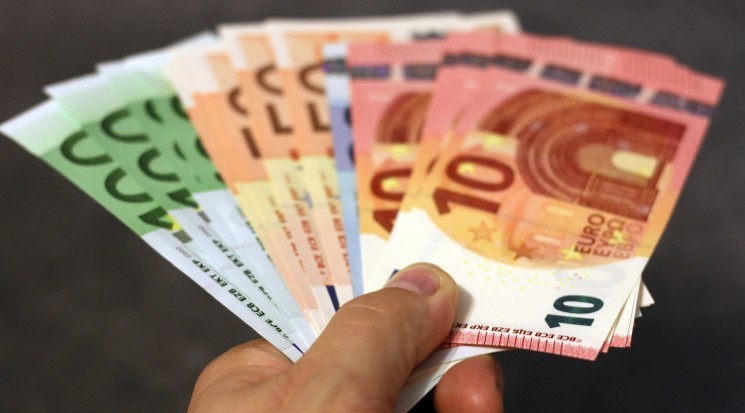 In late February, the Prime Minister was quoted as saying that, if Britain was to leave the EU, the UK Government could not guarantee making up any shortfall in EU receipts to Wales. He was referring to the more than €300 million per year that the Welsh Government receives and manages under EU Cohesion (or Regional) Policy and the future scenario for this funding in the event of Brexit.

The potential repatriation of the policy in the case of a UK withdrawal from the EU sits within a wider and long-standing debate on the role and performance of Regional Policy. Possible reform proposals have included a 2003 UK Government vision of ‘renationalisation’, which would reduce EU budget allocations to the policy, and return responsibility for regional economic development to richer member states. The Government’s proposals had also incorporated a promise to replace EU receipts in UK regions with domestic funds.

The pronouncement by the Prime Minister is in direct contrast with this previous promise, and comes at a time when regional disparities in economic performance across the UK are the highest in the whole of Europe. Whilst the UK, as a richer member state, is a net contributor to the EU budget, at regional level there is significant variation. Poorer UK regions are net beneficiaries of the EU as a result of their eligibility for EU Cohesion funding and other EU programmes. Whilst Brexit would result in the end of EU Cohesion funding across all UK regions, the impact will vary according to their level of receipts.

The EU’s Cohesion policy originated from the recognition that the benefits of the European Single Market were not distributed equally and resulted in the creation, or widening, of regional disparities and reduction of competitiveness of certain areas. As the cause was European, a European- level policy was envisaged to address it. The promotion of sustainable territorial development would sit alongside the internal market and balance it, ensuring its benefits could be felt by all and that all parts of the EU could compete equally. The policy was largely redistributive in aim, involving the transfer of resources to poorer areas through geographically targeted programmes.

However, since 2007 the policy has changed to reflect wider EU economic development policy and has extended its geographical coverage from poorer regions to the whole of the EU. The policy was recast as the main investment and delivery vehicle of the EU’s ten-year economic development agenda and refocused on regional competitiveness and capacity as well as cohesion. Funding is currently available for actions that contribute towards ‘smart, sustainable and inclusive growth’. It has diversified its range of tools from traditional grant funding to include options such as financial instruments and repayable loans. Funding continues to be concentrated on ‘less developed’ regions, meaning those whose GDP per capita is less than 75% of the EU average, and hence retains some redistributive effect. However, the policy has become increasingly linked to wider economic governance in the EU and addressing national economic and structural problems.

Nevertheless, evidence of the impact of Cohesion Policy on regional economic development is inconclusive, mostly due to methodological difficulties and establishing what could have happened in the absence of the policy. At EU level, impact tends to be greater in poorer regions due simply to the scale of receipts but this varies according to the quality of government and educational standards. Cohesion funding has different principles from domestic funding streams – it must fund ‘additional’ activity which ‘added value’ above and beyond that possible just through national programmes and policies.

Less tangible benefits derive from the administration of the policy. Regions are responsible for their own economic growth through the development of a regional programme, the selection of their own priorities and projects for funding, with the involvement of a wide partnership of regional stakeholders. In the context of the UK’s devolved administrations, the decentralised management and delivery of the funds is a welcome recognition of their legitimacy whilst the partnership approach contributes to greater ownership and transparency.

However, the allocation of a significant proportion of resources to richer regions in richer Member States leads to arguments for ‘renationalisation’ once a certain level of regional development has been attained. Of the €11.8bn euros available to the UK under the 2014-2020 programmes, €5.6 billion, or roughly 47%, has been allocated to ‘more developed’ regions – those with a GDP per capita of more than 90% of the EU average. With member states looking to cut budgetary contributions to the EU and the rising share of EU funds spent on Cohesion Policy (from 12.8% of the budget in 1985 to over a third currently) many question why EU action or funding is necessary outside of the poorest countries?

In the UK, the spatial imbalance of the economy is such that GDP per capita ranges from 325% of the EU average in Inner London (the richest region in the EU) to 67% in West Wales and the Valleys. Statistically, this places the poorest region in the UK alongside southern Italy and southern Spain, significantly below the averages for other territories in North-West Europe. Without redistributive intervention to replace Cohesion Policy in the event of Brexit, it seems likely any imbalance would be in danger of widening further.

A UK withdrawal from the EU will leave the UK Government and Devolved Administrations free to determine the approach to spatial economic policy in the UK. However, the UK Government’s previous ‘renationalisation’ proposals elaborated a continuation of a regional policy firmly entrenched within an EU framework, aligned with EU priorities and goals and with matching (domestic) financial allocations. A valid alternative framework and funding mechanism for the policy has not been determined, suggesting a policy vacuum in this area in the event of a Brexit. This threatens to be accompanied by a financial vacuum in regions that are net beneficiaries of the EU, where economic policy has been determined in the context of significant EU receipts.

Dr Jayne Woolford is Research Associate with The UK in a Changing Europe Initiative.