What Brexit means for Britain’s borders 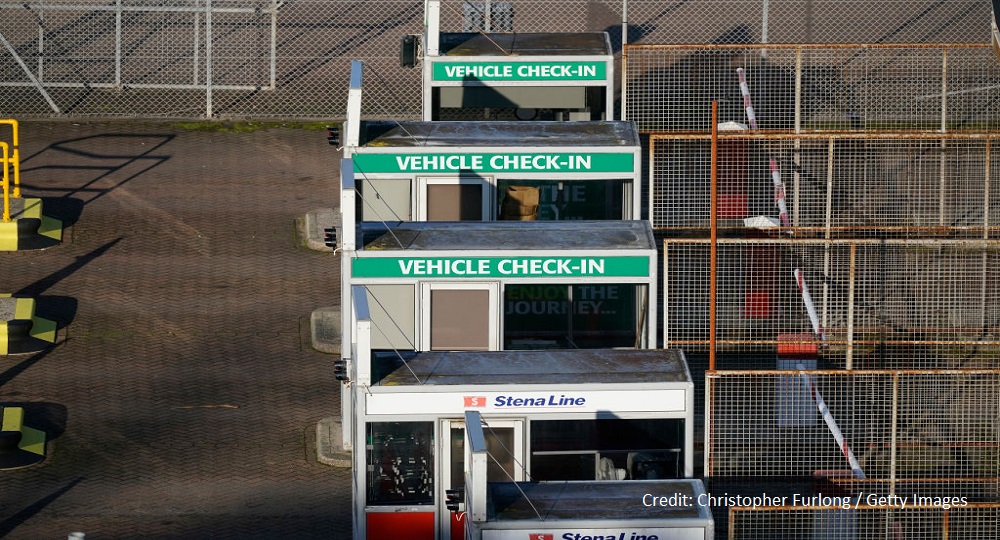 “Take back control of our borders” was not just a slogan for pro-Leave campaigners in 2016. After the referendum, it became British government policy.

After all, it seemed to have more meaning than ‘Brexit means Brexit’, plus the promise of concrete change. It became a Conservative party manifesto pledge, the title of a command paper on Brexit in 2018, and a favoured mantra of government ministers.

It was no surprise that the first sentence of the Prime Minister’s statement on Christmas Eve welcoming the UK-EU deal contained this ubiquitous phrase. “We fulfilled that promise”, he declared.

So what are the consequences?

When Nigel Farage raised the topic of border control, it was in conjunction with the spectre of destitute migrants.

But Brexit wasn’t just about control of immigration – it was also, to quote Johnson’s speech again, “control of our laws … [and] every jot and tittle of our regulation”. What this translates into at the UK’s borders is about to become apparent.

The Trade and Cooperation Agreement (TCA) means that there will be slightly less friction and complication than there would have been without a UK-EU deal.

And this works both ways.

As seen in the pre-Christmas pandemic-induced tailbacks of lorries from UK ports, movement across a border is not something that can be managed unilaterally. For something to move across the border it has to exit one country and enter another.

Border management therefore requires authorities on each side of the border to be able to do three things: to know what is crossing the border, to be confident it meets the criteria for entry, and to prevent entry if it does not. 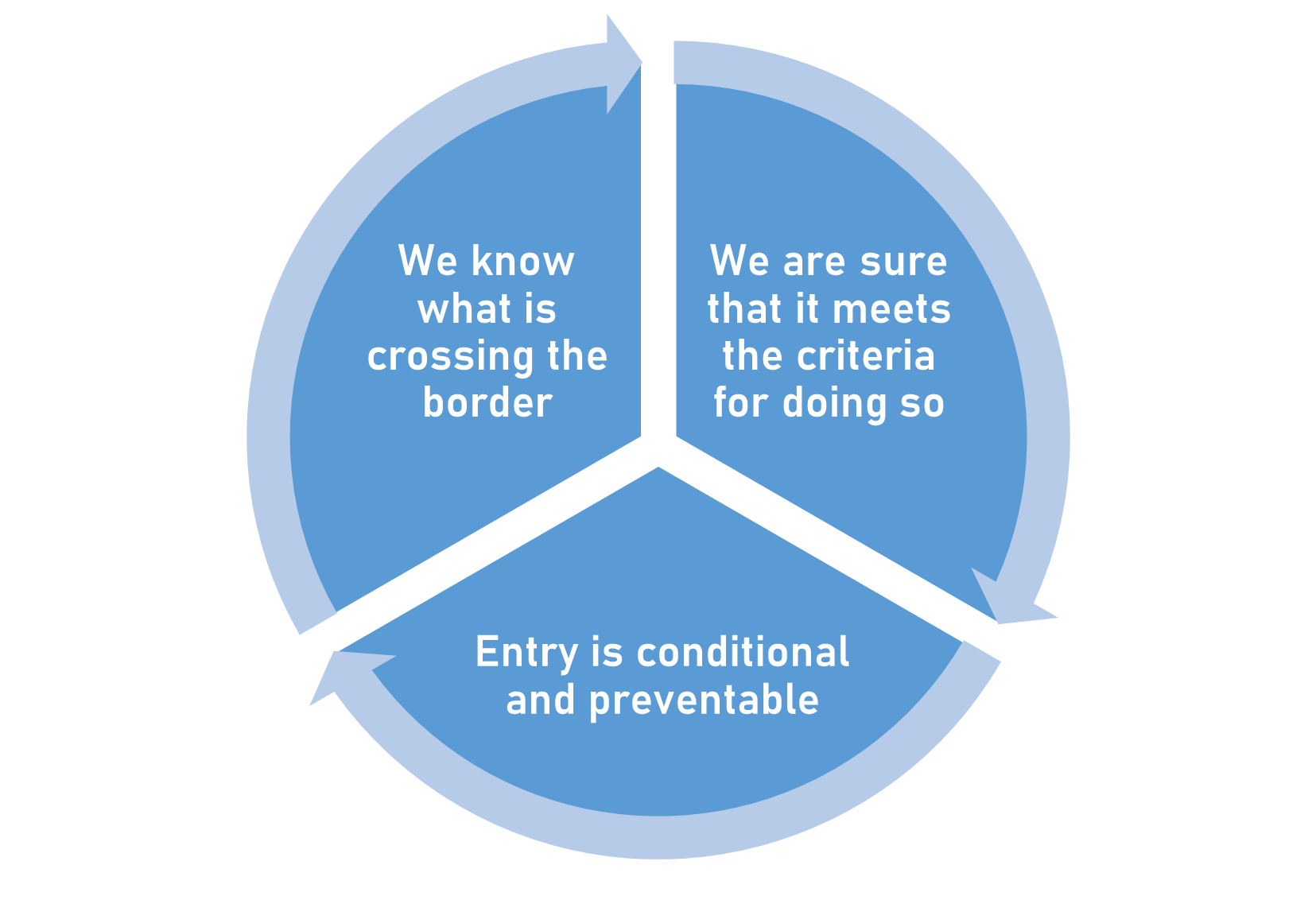 In leaving the customs union and single market (taking back control of “every jot and tittle”), the UK made it clear to the EU side of the border that it cannot assume that what is crossing from Britain meets the EU’s standards for entry.

As a result, a slew of new measures and rules will now apply for goods moving between the two.

From 1 January 2021, nothing will be able to enter the EU from Britain unless the relevant information has been submitted to the appropriate border authorities in advance.

And when it comes to ‘knowing what is crossing’, it is not just what the cargo is, but also, to put it simply, the ‘how, when, where, and who’ of that movement.

This can get especially costly and complicated with highly regulated goods (e.g. meat products), or those that are made up of component parts from elsewhere.

There are many ways of reducing barriers to movement across a border. The Northern Ireland/Ireland Protocol is what the UK and EU agreed in order to avoid a hard border across the island of Ireland.

It means Northern Ireland staying de facto in the EU’s customs union and single market for goods – following the EU’s rules so that Brussels can assume everything crossing the Irish border meets its criteria for entry.

One consequence is that goods moving from Britain into Northern Ireland also have to meet the EU’s rules of entry.

The UK and EU made a series of decisions in mid-December regarding how to reduce the subsequent friction on GB-NI movement of goods.

There is a brief adaptation period for the most heavily burdensome procedures, and a rake of UK-funded schemes to help businesses manage the paperwork and the costs (for now).

There have been similar unilateral efforts on the GB side of the border when it comes to easing the movement of goods from the EU.

The UK’s border operating model foresees a phasing-in of controls and checks (not least because the necessary border control posts are still to be constructed).

The UK government has decided to prioritise flow of goods over control of goods when it comes to entry to its territory, at least in the initial post-Brexit period.

But what is striking is how few friction-reducing measures there are in the TCA for the movement of goods from GB into the EU.

There is no adaptation period, no substantive derogations, few of the legal means of reducing the need for checks and controls (e.g. no recognised equivalence in food safety standards).

The mutual recognition of trusted trader schemes between the UK and the EU is less of a negotiating ‘win’ than a bare minimum. And it will take time before such schemes are expansive and inclusive enough to make a huge difference to most trade.

This lack of mitigations does not mean that the rules will be generously interpreted or loosely applied. Rather, it means that too many attempting to move goods from GB into the EU will not be ready to meet them.

This is not the fault of business but the responsibility of government.

Rolling out a new system for managing a border requires a few key elements.

First, a clear and widespread understanding of the rules that apply. Both those operating the system and those working within it need to know what is required.

Second, they need to be equipped to be compliant with those rules. This will take resources as well as time.

Third, there needs to be cooperation and information-sharing between the authorities on both sides of the border, as well as between the relevant agencies and bodies involved in facilitating movement across borders.

Concerns have been loudly and repeatedly expressed by representatives of those involved in moving goods across Britain’s borders for months now.

The UK Government interpreted ‘national sovereignty’ to mean minimal ties with the EU. The consequence of this is that the EU also sees it as necessary to ‘take control’ of its borders.

The slogan, the mantra, the policy, and the ‘promise’ of Brexit is about to materialise.

By Katy Hayward, Professor of Political Sociology at Queen’s University Belfast and Senior Fellow at the UK in a Changing Europe.