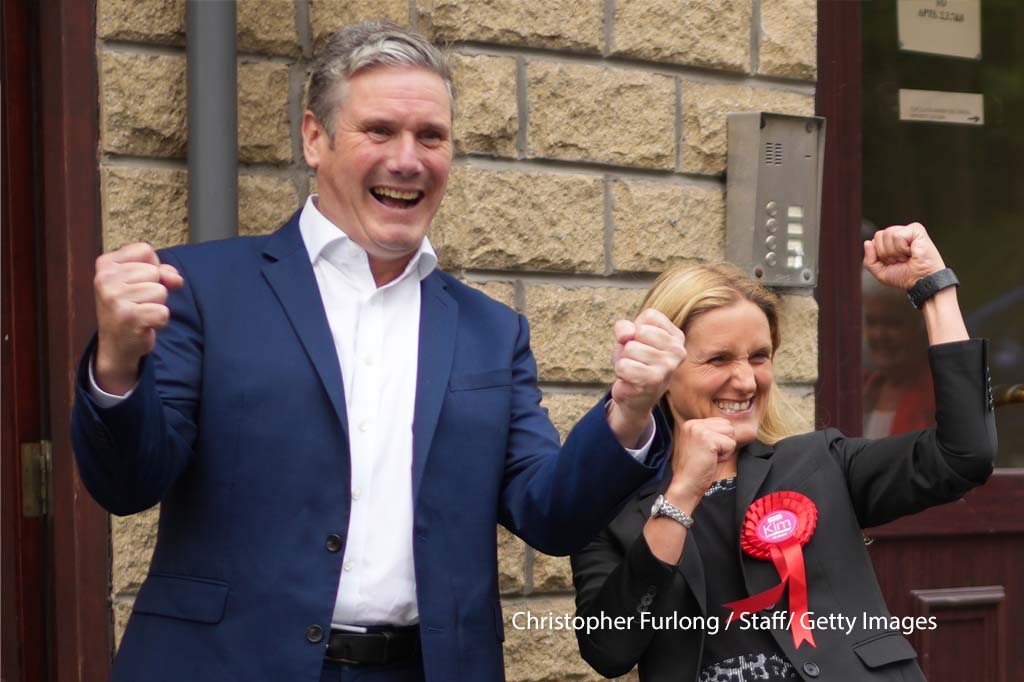 British politics has got into the habit of delivering surprise results and confounding commentators. Expecting the unexpected has become part of the brief, and the Batley and Spen by-election was no exception. Nonetheless, Labour’s narrow win raises some interesting and important points.

Alongside the other recent by-elections, the result in Batley and Spen shows the volatility in an electorate who have, since 2010, been willing to cast their votes for a wider range of parties. It is, I think, now impossible to understand British electoral politics over the last decade without paying close attention to the ‘smaller’ parties. 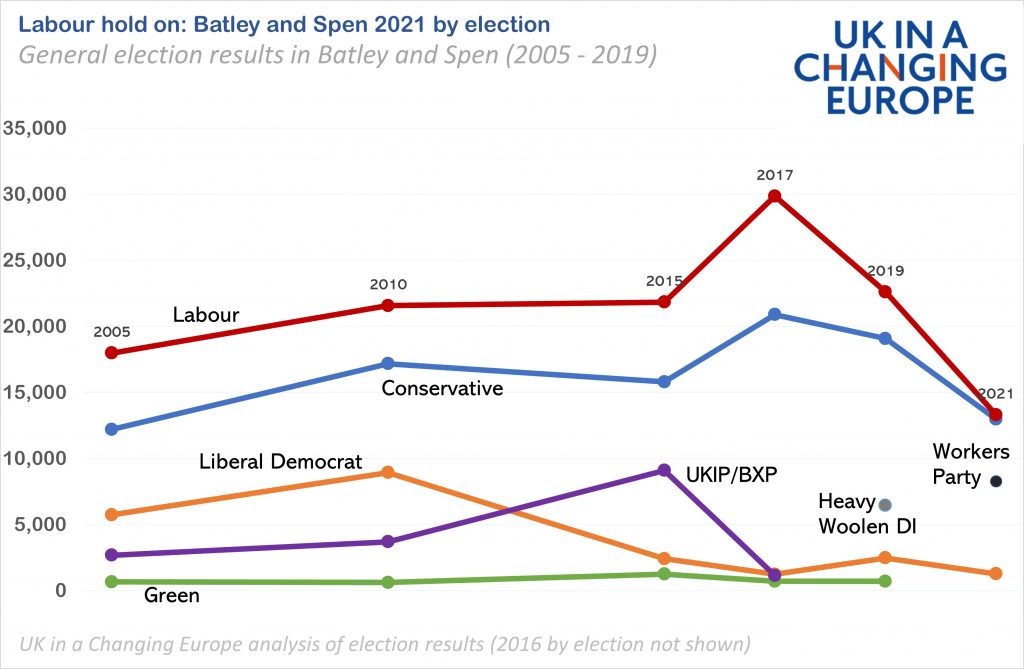 With this group standing down in Thursday’s by-election, it was widely assumed that their votes would largely transfer to the Conservatives, putting them beyond Labour.

With the addition of George Galloway to the mix, with the intent to split the vote on the left, it seemed as if holding on to the seat would prove impossible for Labour. But, despite Galloway getting more than 8,000 votes, Labour did hold on – albeit with a wafer-thin majority.

Some had trailed the contest as a further brick to be knocked out of the so-called Red Wall of Labour seats in the north of England that the Conservatives took at the 2019 general election.

Batley and Spen has a much higher number of voters from minority ethnic groups than is typical of these seats , and this might have been seen as a protective factor for Labour given previous strength of support among minority ethnic groups. However, the presence of Galloway, explicitly targeting Muslim voters, revealed further weaknesses in Labour’s voter coalition.

Just as Brexit revealed the divisions with the Labour coalition around issues of immigration and national identity, and the broader divide between the ‘liberal-left’ and other parts of the left, so this by-election has revealed tensions around this divide related to religious beliefs.

Good data on the political attitudes, values, and behaviour of minority groups in Britain are sadly lacking, but for Labour this result is an indication of a further set of voters who feel the party hasn’t listened enough to their concerns.

For Labour, the next six months are going to be critical for reconnecting with groups of voters across the country. This is not a simple challenge: some of these groups are at odds with each other on issues ranging across Brexit, LGBT rights and foreign policy.

Our national politics has moved beyond a single dimension of left and right, and for Labour understanding the differences within the economically left-wing electorate, as well as offering a credible vision for ‘Building back Better’, is key to bringing together a coalition of voters large enough to put it on the path to power.

We can read too much into individual by-elections. The dynamics of individual voter flows are impossible to read from the results alone, even more so in by-elections, where turnout is often considerably lower than at general elections. Who stays at home can be as important as who switches party.

Reports from the campaign in Batley and Spen suggest that Labour were especially effective in getting their vote out, and with tight margins it can make all the difference.

In Batley and Spen there are also challenging local factors. The murder of Jo Cox, the fifth anniversary of which – on 16 June – took place during the campaign, can never be far from people’s minds when thinking about this constituency. That it was her sister, Kim Leadbetter, who contested and won the seat for Labour adds another dimension of poignancy and depth.

But they are not the only local factors, as tensions within the community were seen more recently over an incident at Batley Grammar School, and the constituency has a history of far-right activity (remember, the BNP won seven per cent of the vote in 2010).

Nonetheless, this election was painted as a test of Starmer’s leadership of the party, and even the very narrow win will buy the leadership time.

A big conference speech in the autumn can make an impact with the electorate – and perhaps most importantly Labour can pause for breath and work out how to avoid turning in on itself at just the moment the country emerges from the pandemic and begins to grasp the scale of the challenges ahead.

By Paula Surridge, deputy director of UK in a Changing Europe. This piece was originally published in the Guardian.