What did we learn from the State of the Union address? 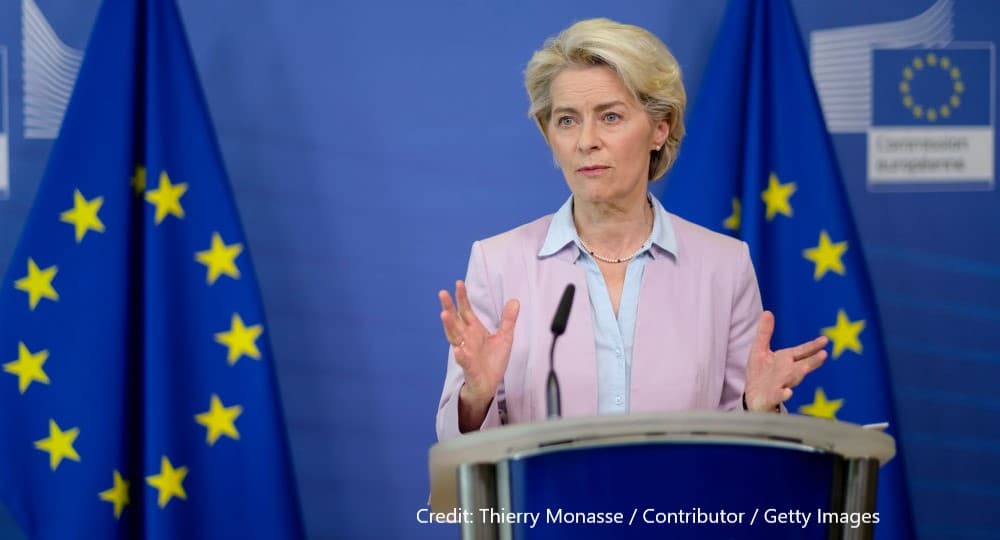 The State of the Union address is Commission President Ursula von der Leyen’s annual chance to reflect on the European Union’s achievements and set out its priorities. The speech this year was more predictable than most. Its focus on the war in Ukraine, came as no surprise, and was even mirrored in her chosen colour scheme for the occasion.

A war on the EU’s doorstep forced von der Leyen to focus refine a speech which has traditionally been more wide ranging. Yet many of her commitments were far from specific. Rhetoric about a united, progressive Union notwithstanding, there seemed to be few concrete policy commitments.

Take energy. The Commission President reflected on the impact of the war on the EU’s energy supplies, and stressed the need not only to shift away from dependence on Russian gas, but to reform the European electricity market. However, agreement between member states remains elusive. Plans to cap Russian gas prices were opposed by German and Dutch governments because of concerns about supply security this winter. The Commission, we learned, has established a taskforce to negotiate with energy suppliers, not least as a way of avoiding a contentious discussion in Council. However, energy ministers from member states must still meet later this month to iron out disagreements on Russian imports and finalise the Commission’s proposal.

More widely, reform to the European energy market as outlined by von der Leyen would require a significant cultural shift within the EU. Largescale political intervention, as opposed to the traditional reliance on market forces, would have to become the norm. How to bring about such a shift was not something the President touched on.

On Ukraine itself, there was plenty of rhetoric about solidarity. The speech itself was translated into Ukrainian – the first time the address has been available non-EU language – and von der Leyen explicitly referred to Ukrainian accession to the Single Market. However, there was no commitment to additional aid (apart from funding to rebuild destroyed schools), nor new sanctions on Russia, nor even a reference to defence.

And it was a similar story when it came to health. Healthcare was a key issue for participants in the year’s Conference on the Future of Europe – and there is scope for action if only in terms of facilitating the sharing of healthcare data and best practice between states. Yet commitments to ‘improve understanding of mental health issues and ways of addressing them’, as well as a reference to the development of an EU Action Plan on mental health, were vague and short on detail. No reference was made to the health and social care workforce across the Union – despite the fact that EU member states face significant challenges when it comes to recruitment and retention in the sector. A mental health crisis cannot be tackled without trained professionals.

Again, there is a question of competence. Health policy for the most part is the exclusive reserve of member states, and the EU is only able to legislate in specific areas. There has been a greater desire amongst member states to cooperate on health in the aftermath of the pandemic. However, governments would likely to be reticent to devolve further powers or significant EU funds to a Health Union. The EU’s mental health strategy is therefore likely to be one a question of coordination rather than collaboration, which makes the implementation of any action plan somewhat less straightforward.

Finally, von der Leyen’s announcement that the time has come of for a ‘European Convention’ was greeted enthusiastically by some MEPs, and at least felt like a practical commitment. There have been increasing calls for reform to the EU legislative process to ensure the bloc is able to respond effectively to political crises. Some member states, including Germany, have supported a move away from unanimous agreement between states on key policy issues, to  prevent some countries vetoing action to tackle democrat backsliding or introduce sanctions against rogue third countries.

Yet von der Leyen’s enthusiasm for a Convention would require the assent of a majority of member states. And thirteen came forward in the aftermath of the Conference on the Future of Europe to warn against premature or unnecessary treaty change, rendering the necessary agreement unlikely. Many governments are also still scarred by the outcome of the Union’s previous Convention, some 20 years ago, which resulted in the ill-fated European Constitution. It is hard to imagine unanimous consent for a repeat.

The last twelve months have certainly given impetus to the Commission to push on with its ambitious agenda: pandemic and war certainly imply the need for greater cooperation on healthcare and energy. However, the lack of concrete proposals does not inspire confidence that much will actually happen.