What do the British electorate think of Brexit now? 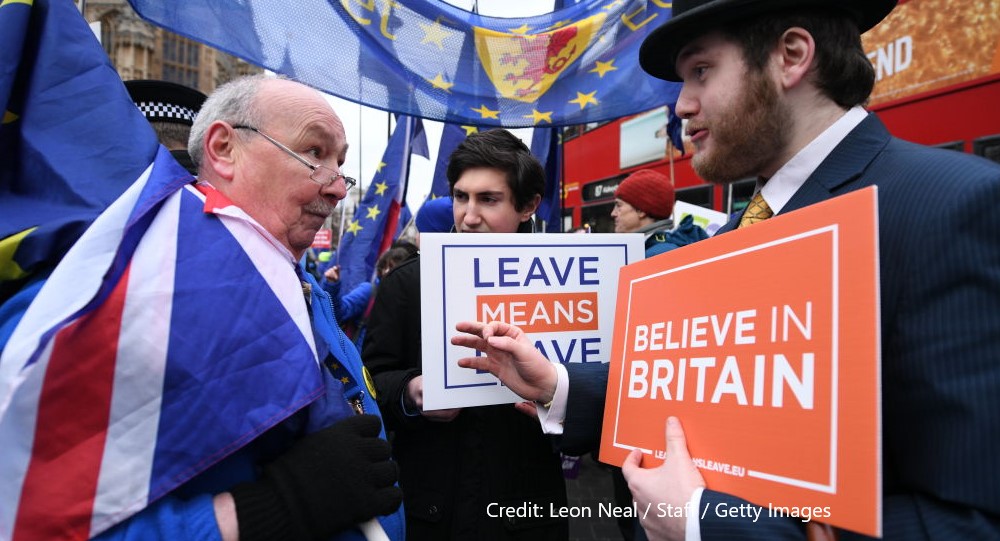 Today, UK in a Changing Europe in partnership with Redfield and Wilton Strategies are launching a new poll to track attitudes of the British electorate to Brexit, in the broadest sense. The poll will cover how people feel currently about re-joining the EU, but also how people are experiencing life outside the European Union, Britain’s relationships with the rest of the World and core areas of post-Brexit policy such as trade and immigration.

How people would vote in a new referendum on re-joining the European Union has been asked on several occasions in the 12 months since the trade and cooperation agreement was signed and is tracked by What UK Thinks: EU.

This new ‘Brexit Tracker’ goes beyond that headline to better understand how the British electorate have experienced Brexit, how they want key policy areas to be developed in the future and how attitudes to issues related to Brexit are changing.

The tracker will collect data at regular intervals, repeating questions to build up a time series with the key aim of tracking changes in attitudes and to capture attitudes to issues that may not be immediately part of the news cycle. The data are taken from a sample of 1500 eligible voters in Great Britain and are weighted by age, gender, education, region and 2019 General Election vote.

The first set of results provide a critical baseline for these issues to be revisited over time, but also has revealed:

The poll tracks a much broader set of issues than those contained in this first set of analyses and will be an invaluable resource for monitoring public attitudes across a broad spectrum of issues over the next 12 months and beyond.

An area of public policy that is relatively neglected in political polling is foreign policy, and Britain’s wider place in the world. This is a key element of the post-Brexit landscape as Britain seeks to find its way in the world separate from the European Union. This poll contains extensive questions about how the British public view different countries around the world, whether they think Britain should have a more distant or closer relationship with each and which are the most important for future cooperation.

The poll also asks about which relationship is most important to the UK in specific areas of trade. Answers to these questions reveal a degree of nuance in attitudes to foreign affairs, suggesting that there may be more engagement with these issues among the public than is often assumed. 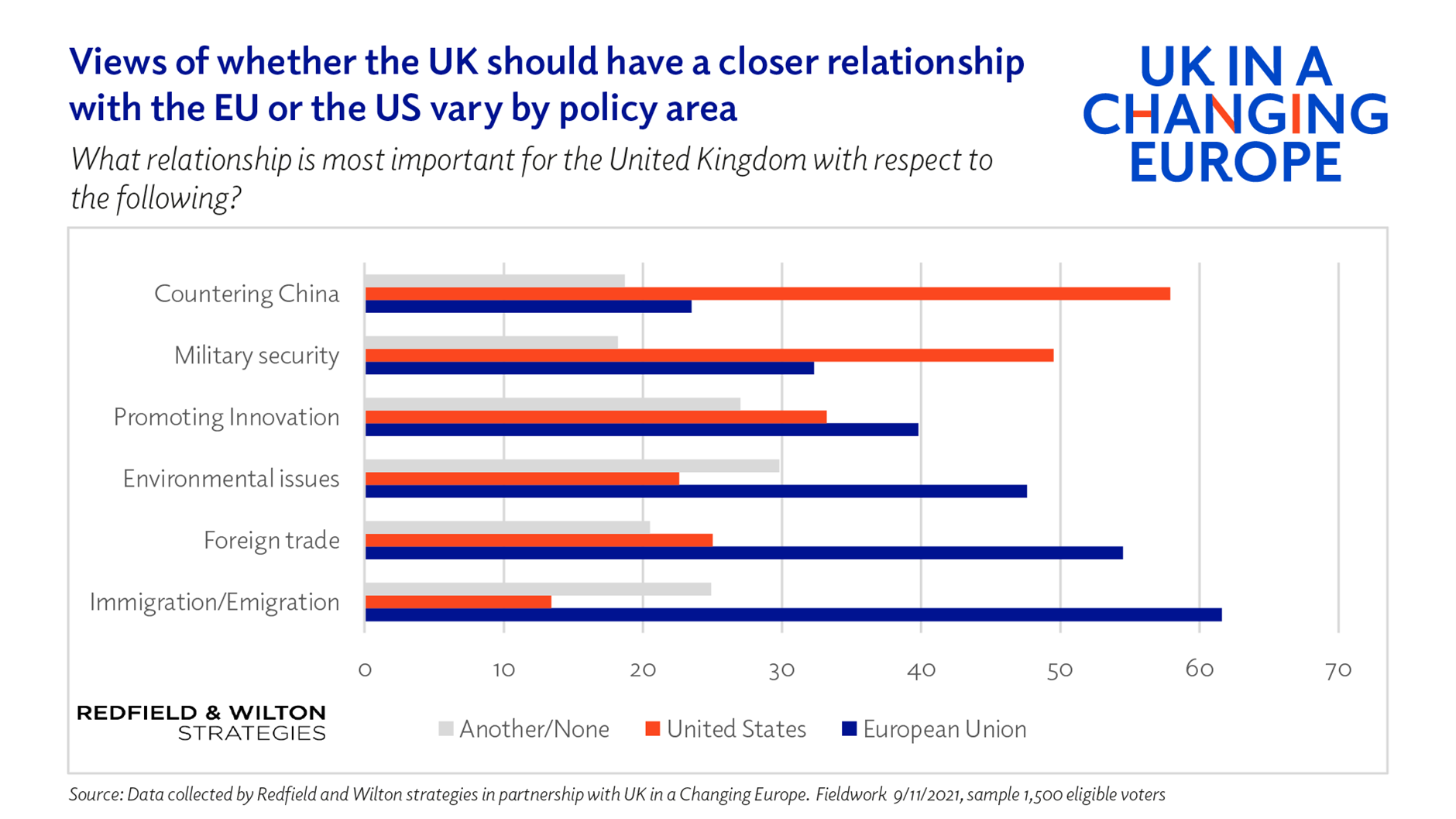 Breaking down the issue of foreign trade relations further shows a more uniform picture. In all trade areas included, except for technology, the public prefer a closer trading relationship with the EU than with the US.

Again, some variation exists between Leave and Remain voters, those voting Leave were more divided on some areas of trade and preferred a closer relationship with the US across a slightly wider range of issues – notably pharmaceuticals and telecommunications. 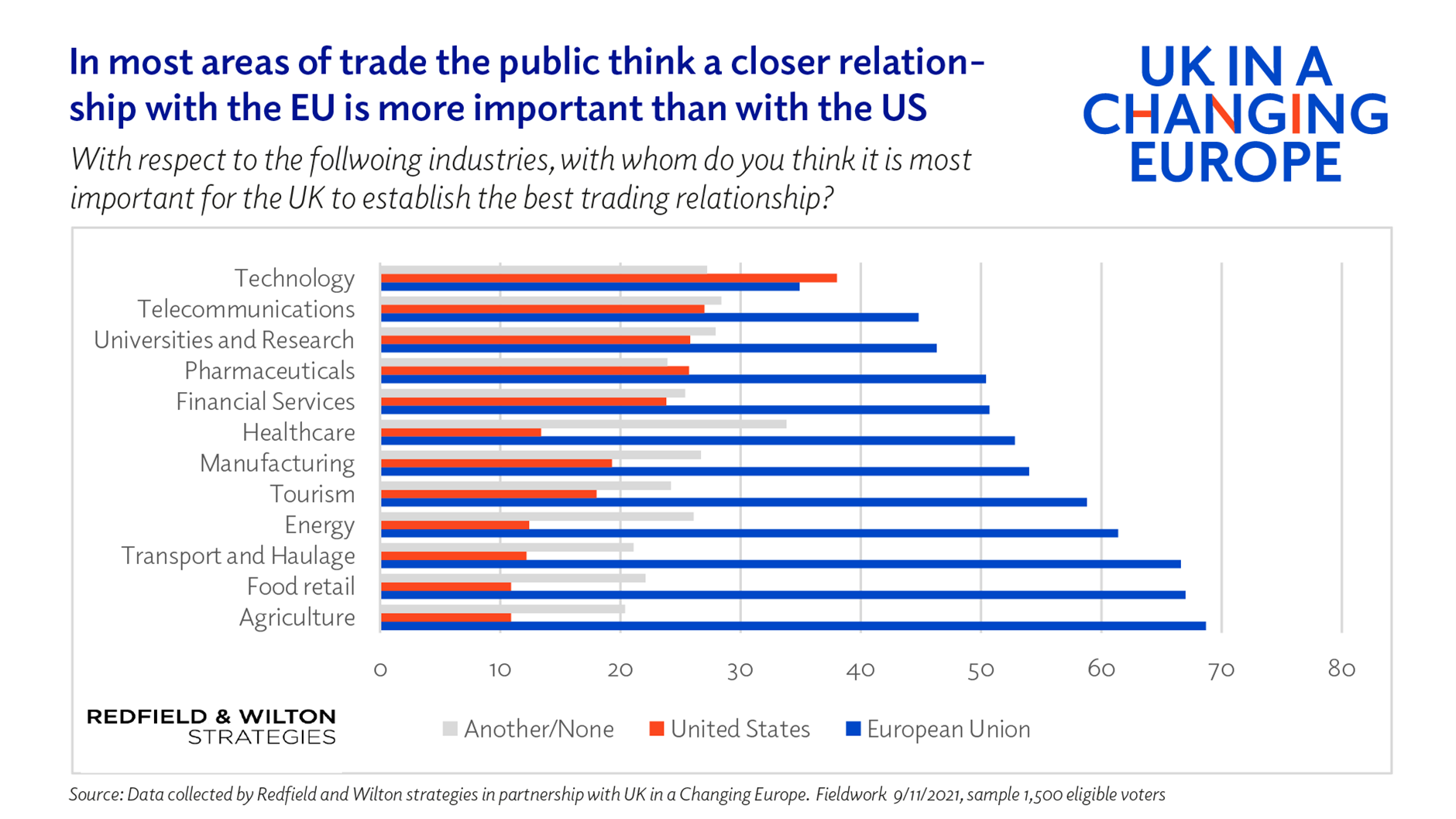 Our tracker will allow us to understand whether these preferences are relatively stable or change in the light of specific world events and policy decisions. It will also build up a detailed picture of how the electorate experience and think about Brexit in the post-Brexit period, how political identities are changing and how the public think about the different impacts of Brexit and Covid. It will be an invaluable reference point for those interested in how the British are reacting to life outside the European Union.