What do the Party members think about Brexit? 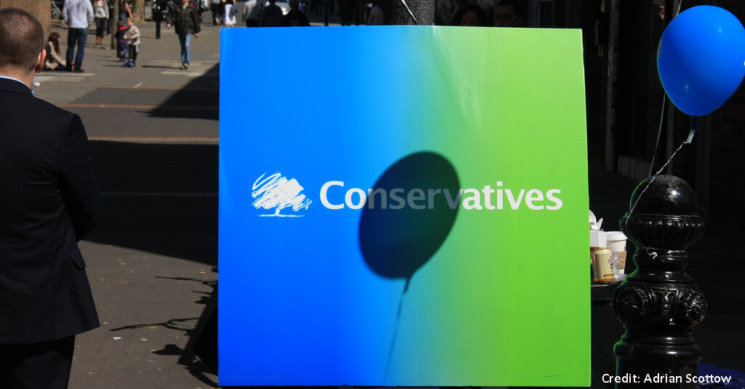 If anything beats chalk and cheese in terms of differences, then it’s the views of Labour and Conservative Party members on all things Brexit. It may not be entirely surprising that they think very differently about the UK’s relationship with the EU.

However, some of the differences between them are now so pronounced as to be differences not just of degree but of kind.

We should perhaps start with the one thing they do agree on – sort of. Namely that ‘Britain Leaving the EU’ is by far the most important issue currently facing the country. Even on this, however, they’re not entirely of one mind.

We gave Tory and Labour Party members the same list of twelve issues to choose from and asked each of them to tell us what they thought the three most important were.

Some 61% of Labour members (like 60% of all voters, incidentally) put Brexit top – pretty impressive, especially when you consider how far in front that means it is compared to traditionally big issues for Labour supporters like health (ranked number one by  just 9%), the economy (3%), housing (6%), the environment (9%), and welfare benefits/Universal Credit (7%).

But for the Tories, Brexit wasn’t simply important, it arguably bordered on the obsessional. One in five Labour members didn’t name it in their top three at all. That’s true of only one in ten Tories, a whopping threequarters (75%) of whom said Brexit was the most important issue facing the UK today.

Once we go beyond mere salience, the gap between Labour and Tory members becomes the proverbial chasm. Take what they voted in the EU referendum: 83% of Labour members plumped for Remain; 73% of Tory members went for Leave.

In hindsight, 89% of Labour members thought the country was wrong to vote for Brexit, while 79% of Tories were convinced it got the decision right.

Not surprisingly perhaps, some 82% of Conservative Party members were opposed to holding another referendum if Mrs May’s deal couldn’t get parliamentary approval, while 79% of Labour members wanted to see another vote held.

We also asked members of both parties what their first preference would be in a three-way referendum that offered them the choice between Remain, the government’s deal, and Leave without a deal.

Some 88% of Labour members said Remain, 3% said the government’s deal, and only 5% said No Deal. For their Tory counterparts the figures were 15% and 23%, and 57% respectively.

We asked, too, how people would feel about various outcomes. Were the UK to leave without a deal, for example, 32% of Tory members said they would be delighted, 17% pleased and 14% relieved.

Moreover, the two sets of members had hugely contrasting views as to the upsides and downsides of leaving with no deal – the ultimate hard Brexit, if you like. Some 64% of Conservative members believed it would have a positive impact on the country’s economy in the medium to long term – a belief held by just 6% of their Labour counterparts, 89% of whom believed the impact would be negative.

And when it came to warnings that ‘crashing out’ could lead to severe short-term disruption, such as shortages of food and medicine, some 82% of Labour’s grassroots thought those warnings were realistic. For the Tories, the figure was just 18%; some 76% believed that such warnings were exaggerated or invented.

Chalk and cheese, then, doesn’t really begin to describe quite how polarised the partisans of Britain’s two biggest parties are on Brexit. They are more like two tribes, each of which sees the issue from a completely different point of view.

How much this will influence those they select as their representatives in parliament– and, if it does, how long past March 2019 the big differences between them will matter – is a moot point.

It could be that in time Brexit will cease to be seen as so important. Or, as Sara Hobolt and James Tilley suggest, it could continue to define British party politics for the foreseeable future.

It could also profoundly shake up the existing party system. If Brexit isn’t delivered to their satisfaction, then there may soon be a lot of very unhappy Conservative Party members looking for a new home.

Yet if it is, and Jeremy Corbyn is seen by his rank and file to have enabled it, then the same might be true for Labour party members too. Watch this space.