What do voters in Scotland want from Brexit? 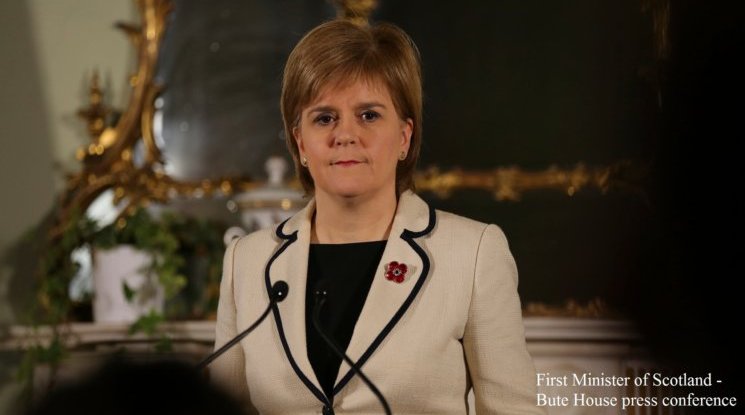 Scotland voted very differently from the rest of Britain in the EU referendum. It backed the view of the SNP and the Scottish Government that the UK should remain in the EU by no less than 62% to 38%, whereas the UK as a whole voted by 52% to 48% in favour of leaving.

In the wake of that outcome, last December the Scottish Government published a white paper outlining a very different vision of Brexit than the one proposed by the UK Government. It said that ideally the UK in general, and certainly Scotland in particular, should remain part of the EU single market and at the same time continue to adhere to the EU’s provisions on freedom of movement.

It is the UK government’s apparent rejection of that stance that has led the Scottish Government to request that Westminster grant Holyrood the authority to hold a second independence referendum at the point when the Brexit process is drawing to a close. It evidently anticipates that the kind of Brexit that Theresa May hopes to achieve will prove an anathema to sufficient voters in Scotland that this time a majority will back independence.

However, to date very little polling has been undertaken of what kind of Brexit deal voters in Scotland would actually like to see negotiated. Today, we try to help fill that gap with a report of some new survey work that NatCen/ScotCen Social Research have carried out.

It is based on interviews conducted between early February and early March with 859 people who were first interviewed for the 2015 or 2016 Scottish Social Attitudes surveys, the respondents to which (unlike most polls) are chosen entirely at random. The methodology of the survey is the same as that deployed in a parallel Britain-wide survey on which we reported last week, as are many of the questions asked (whose subject matter ranges from free trade to the cost of mobile phone calls).

This means that, as well as putting attitudes in Scotland under the microcosm, we can also compare them systematically with those across Britain as a whole.

The results will doubtless come as a surprise to many. For it seems that despite the way Scotland voted in the EU referendum, attitudes north of the border towards the shape of Brexit are not so different after all. In particular, rather than endorsing freedom of movement, it seems that most voters in Scotland, just like their counterparts elsewhere, would like to maintain free trade but abandon freedom of movement. As a result, it seems that their position is much closer to that of the UK government than that of the Scottish Government.

But, at the same time, there is widespread support for curbing freedom of movement. Nearly two-thirds of Scots (64%) think that people who wish to move to Britain from the EU should have to apply to do so in the same way that non-EU migrants should have to do. Only 22% are opposed. That means opinion is no more than a tad more liberal than it is across Britain as a whole, where 68% are in favour.

True, those who voted Remain are less keen on the idea of curbing EU migration than those who voted Leave. However, it is still the case that somewhat over half of this group (53%) are in favour of making EU migrants apply to come to Britain. It is the fact that so many Remain voters are in favour of curbs on EU immigration that explains why there is relatively little support for freedom of movement north of the border, even though Scotland voted so strongly to Remain.

If there is some difference between Scotland and the rest of Britain on the question of immigration, it is one of priority rather than principle. In Scotland 61% think that Britain should either ‘definitely’ or ‘probably’ allow freedom of movement in return for allowing British firms to trade freely in the EU, a choice that may well in some form or other be presented to the UK government during the Brexit talks. This is somewhat higher (though no more than that) than the 54% of people across Britain as a whole who would be willing to strike such a deal.

But this slightly softer outlook certainly does not extend to being willing to embrace a more liberal immigration regime for Scotland than pertains in England and Wales. Just 25% think that it should be easier for someone from the EU to come to Scotland to live and work than to England or Wales. Even on free trade, only 34% endorse the idea that it should be easier for a EU company to do business in Scotland than in England and Wales. In short, there seems to be relatively little appetite for a Brexit that varies across the UK in the way that the Scottish Government envisages.

These figures are, of course, much closer to the relatively even balance of opinion in the polls on how people would vote in an independence referendum than they are to the 62:38 vote in the EU referendum. While nearly everyone who voted both Yes to independence and to Remain in EU thinks that Scotland should not have to leave the EU, the balance of opinion amongst everybody else is strongly tilted towards the view that the UK-wide result should be accepted.

The lesson, it seems, is that, despite the outcome of the referendum vote, Scots’ commitment to the EU is not so strong after all.

By Professor John Curtice, senior fellow at The UK in a Changing Europe. This piece originally featured on whatukthinkseu