What do voters think about ‘Common Market 2.0’? 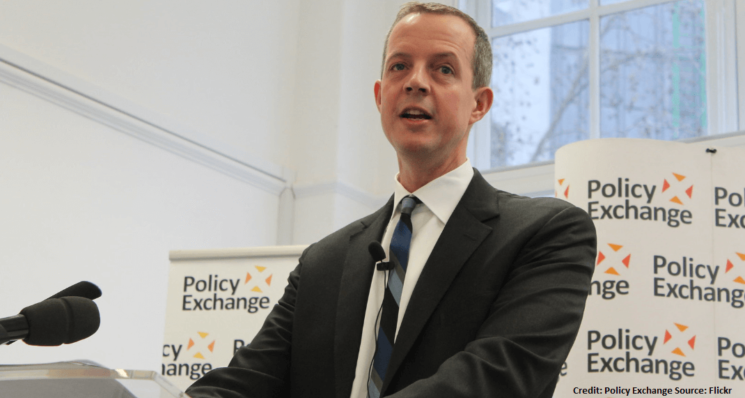 From the moment it was unveiled in mid-November, the deal the government negotiated with the EU proved to be rather unpopular with voters. According to YouGov, at least twice as many said they opposed the deal as indicated that they supported it. Opinium reported that around three times as many thought the deal would represent a bad deal for the UK as reckoned it would be a good one. Neither set of figures shifted much in the weeks and months of intense debate that followed.

Nevertheless, the Prime Minister continued to insist that her deal represented the only way of implementing, in an orderly fashion, the voters’ instruction of June 2016 that the UK should leave the UK. Yet an alternative vision of what Brexit might mean has always been on offer. The Labour Party has long argued that the UK should form ‘a’ customs union with the EU and should be closely aligned with –  though not members of – the EU single market.

Meanwhile others, such as an informal cross-party alliance formed by Nick Boles MP (pictured above, he recently resigned from the Conservative Party to sit as an ‘Independent Progressive Conservative’) and Stephen Kinnock MP (Labour), argue that not only should the UK agree a customs arrangement with the EU but should also be a full member of the single market, a stance that they have dubbed ‘Common Market 2.0’.

Both visions provide for a relationship with the EU not dissimilar to that of Norway, which, while not a member of the EU, is inside the single market though not the EU’s customs union. But how popular is this stance? Would it be more attractive to voters than the relationship promised – though yet to be negotiated – by May, who envisages that the UK should be outside both the single market and the customs union? Might it even be a compromise that both those who voted Remain and those who backed Leave might be willing to back?

Among voters as a whole, a Norway-style Brexit certainly appears to be more attractive than the government’s Brexit deal has been. For example, when in December BMG required its respondents to choose one or the other, 60% backed the Norway option while only 40% preferred the government’s deal.

A similar picture was obtained by Survation in March in response to a question that did allow people to say ‘Don’t Know’ (an answer given by no less than a quarter). While 30% backed the deal that had been negotiated with the EU, 45% supported a deal that would keep Britain in the single market and the customs union.

However, given how unpopular the government’s deal has proven to be, this might be thought too easy a test for the Norway-style Brexit to pass. Is there any evidence that it is popular when voters are simply asked whether or not they like it? In four polls the company conducted between July and November last year, YouGov found on average that 34% thought that a Norway-style Brexit (the meaning of which was spelt out in some detail) would be a ‘good for Britain’ while 40% reckoned it would be bad.

Meanwhile, when in September the same company asked whether it would be acceptable for the UK to remain in the single market and the customs union, the 38% who said that it would were balanced by 38% who indicated that it would not. All in all, it looks as though supporters and opponents of the idea may be roughly evenly balanced.

This is far from a ringing endorsement. Perhaps of greater encouragement to the advocates of ‘Common Market 2.0’ are the responses that YouGov have obtained when, on a number of occasions, it has asked people whether a deal that involved membership of the single market and the customs union would be a ‘good’ or a ‘bad’ outcome, while also offering the response that it was an ‘acceptable compromise’.

However, it is a compromise that is more acceptable to some than to others. For Remainers it has some appeal. On average, YouGov have found that as many as 38% of those who voted Remain think that being in the single market and the customs union would be a good outcome, while another 30% state that it would be an acceptable compromise. Just 16% view the prospect negatively.

However, Leave supporters regard the idea very differently. Only one in three of them think it would either be a good outcome (15%) or an acceptable compromise (19%), while almost half (48%) feel it would be a bad outcome. It seems that for many on the Leave side, Common Market 2.0 looks too much like Remain 2.0.

Moreover, even among those who express some support for the idea, it is very much a second choice. This is evident when voters are invited to choose among a range of possible Brexit outcomes, including a relationship something like Norway’s.

For example, in September last year, BMG pitted a Norway-style Brexit against four other options: leaving the EU without a deal, a Canada-style free trade agreement, the proposals that May had unveiled at Chequers in July, and remaining in the EU. Only just over one in ten (11%) of voters said that a Norway-style Brexit was their preference, leaving it equal bottom with the Chequers proposals.

The problem facing those who have been arguing for a Common Market 2.0 Brexit is that what most Remain voters want above all is for the Brexit decision to be reversed, while for many Leave supporters it looks all too much like still being part of the EU. As a result, a Norway-style Brexit could find itself in much the same position as May’s deal proved to be – with few friends who are willing to take it to heart. Bridging the divide between Remainers and Leavers is very hard to do.