What does Boris Johnson want? 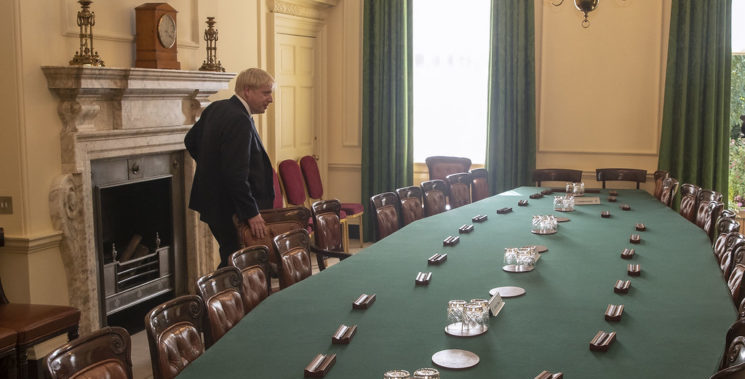 Downing Street’s Brexit strategy has intensified in the last few days. First, Number Ten opted to reduce the length of time available for Parliament to sit between now and 31 October. Then, Boris Johnson stated that Conservative MPs who vote for Parliament to take control of the order of business would lose the whip.

These announcements focused the minds of those opposing the hardest – ‘no deal’ – exit from the EU. Subsequently, Johnson indicated that if MPs do win the votes today, he could seek an election, probably on 14 October, presumably with the hope of enabling a new government to be in place in time for the EU summit three days later.

Johnson’s intent appears to be to hug the Brexiteers close, having brought more of them into cabinet, and to ramp up the ‘hard’ Brexit rhetoric, declaring that Britain must leave the EU on 31 October in all circumstances, even if there is no withdrawal agreement.

It seems to be his view that the government’s insistence that it would leave without a deal will pressure the EU to agree to new provisions for the Irish border that would also be acceptable to Parliament.

It is hard to discern, however, what kind of deal Johnson hopes, aims or expects, to get from the EU. Given the time frame, presumably he cannot envision much more than a version of May’s deal with an amended backstop agreement.

Or maybe Johnson intends to change, or soften, the terms of May’s Brexit. His aim might be to goad his opponents into forcing a general election he could blame on the opponents of Brexit. If he then won a majority in early October, he might no longer have to rely on the support of the Democratic Unionist Party, or possibly he would free his hand from reliance on harder Conservative eurosceptics.

In those circumstances, perhaps he could obviate need for customs checks between Northern Ireland and the Republic by accepting a border in the Irish sea. Or perhaps he could play for ‘softer’ transitional arrangements with the EU.

Johnson is less concerned than May to limit immigration. If Johnson’s team were prepared to adhere to the single market and customs union during a longer transitional period, Britain’s negotiating posture with the EU could be transformed.

Johnson presumably hopes, like Theresa May, that he will keep the Conservative party together, and enhance its popularity, by offering a better deal with the EU, enabling Britain to leave while minimising disruption.

The risks of this strategy, however, are many. The curtailing of parliamentary time and the threats to remove the whip from experienced parliamentarians has thus far led one former cabinet minister – Justine Greening –  to say she will not stand in the next election, and other influential Conservatives to restate that they will vote against him. His strategy does not seem to be healing divisions in the Conservative party. Right now, it seems to be making them worse.

Further, if there is an election, the Conservatives might not win. It must seem tempting to fight an election now because Jeremy Corbyn is unpopular and the anti-Brexit vote divided, because the government can make spending promises, and because the facts of Johnson’s Brexit end-game are not yet apparent. In some ways, an early general election could be like the 2016 referendum – all the alluring prospects of Brexit without talk of the compromises it would entail.

Johnson must be gambling that he can take votes from the Brexit party, and from the Labour party too, by attracting members of the electorate who want to ‘get Brexit done’ but who would prefer a deal, while at the same time enticing leave voters who prioritise departure with or without a withdrawal agreement.

However, even if a general election brought a greater than expected Conservative majority, the problems of navigating Brexit will not go away. Johnson’s style does not seem to have been popular in the EU.

At home, any withdrawal agreement would be a hard sell to some elements of Parliament, however the Commons is constituted. Johnson’s emphasis that a ‘Remainer’ parliament or a liberal elite are preventing Brexit might reap short term rewards, but is unlikely to provide him with allies, or to improve public trust in Britain’s institutions, over the longer term.

And what would Johnson do if he failed to negotiate a new deal with the EU? It is strange to believe that a British Prime Minister would willingly endorse an unregulated departure. Even if the consequences were fewer than outlined in the government’s contingency planning, ‘no deal’ would leave a bitter legacy.

Leaving without a withdrawal agreement is thus an outcome he probably does not want. But his rhetoric could mean he finds himself without political options, and Britain could end up leaving on the worst possible terms, regardless of his private preferences.

If Britain departed without a deal, there would likely be temporary relief, even triumph, that the government had ‘delivered Brexit’. The immediate electoral challenge of the Brexit party, or its equivalents, could disappear.

Over time, however, the satisfaction of ‘getting Brexit done’ could dissipate, if trade and travel is disrupted, and as the difficulty, and length, of post-exit negotiations becomes plainer.

Furthermore, the unpopularity of unregulated departure amongst Conservative parliamentarians could herald the party’s split. ‘No deal’ would also likely reintroduce grave problems on the island of Ireland and strengthen calls for an independent Scotland.

That would be a lot to swallow for a man who initially supported leaving the EU, it seems, mainly because his ambition was to be leader of the Conservative and Unionist Party, and Prime Minister of the United Kingdom.

By Helen Parr, Professor of Modern and Contemporary History at the University of Keele.