What does Brexit mean for Britain’s museums? 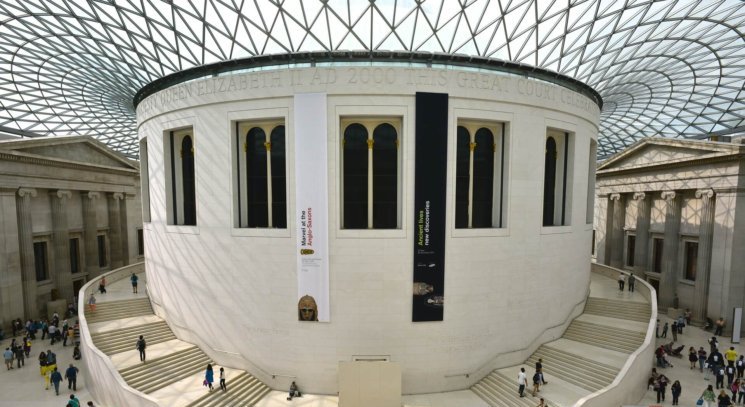 When it comes to Brexit, museums – and the wider cultural sector – seem to be fairly low on the list of public priorities. The government has its hands full negotiating the future of the country’s legal, regulatory and trading systems, so why worry about our cultural institutions? Won’t they get along just fine, whatever happens?

Well, yes and no. The UK’s 3,000 museums do not face all of the Brexit-related uncertainty that banks, businesses and EU citizens have experience over the past two and half years.

After 29 March, they will continue to welcome visitors, display and research their collections and work with local schools and communities. Yet while they are not on the frontline of Brexit, museums are by no means impervious to it.

Many of the practical concerns that museums have about Brexit are related to freedom of movement. Will European tourists still be able to come to the UK with ease?

Will European members of the workforce be welcome in the country – including experts who earn below the new £30,000 ‘highly skilled’ threshold? And how will we navigate new rules for importing, borrowing and lending museum objects?

The latter question is a serious concern in the event of a no-deal Brexit that brings chaos at the border. Such a scenario could lead to valuable objects being held for lengthy periods in queues for ports, thus creating new risks to valuable works which in many cases are indemnified by the Treasury via the Government Indemnity Scheme. Ultimately, museums may choose not to borrow and lend with European partners for a period.

Then there’s the issue of funding. If there is one over-riding concern amongst the museums sector, it is the fear of a post-Brexit recession after a decade of damaging austerity.

Local authority museums experienced a 31% cut in public funding between 2010 and 2016, and many are now in a fragile financial position which makes them ill-prepared for another major economic shock.

But the UK’s withdrawal from the EU is also having a more immediate impact on the sector. Consider the example of Leeds Museums, which lost the opportunity to be part of European Capital of Culture last year, and is also facing legal and contractual uncertainty in planning for major events such as Yorkshire Sculpture International in 2019.

The issues facing the sector in Northern Ireland and the Republic of Ireland are all the more stark. EU funding has played a more important role in the cultural sector there than in Britain, and cross-border partnerships are common.

While museums have pressing practical concerns about Brexit – and particularly about the possibility of a no-deal Brexit – they have also been adapting to the substantial cultural shifts that the referendum has brought to the fore.

Museums are not exactly bastions of pro-Leave sentiment. Most people in the sector subscribe to a set of internationalist values – promoting cultural exchange, inspiring audiences, sharing knowledge freely – which are inimical to the Brexit project.

Back in 2016, the Creative Industries Federation found that a whopping 96% of its members – which include museums – wanted to remain in the EU.

The referendum has shown that audiences do not necessarily share those values and views. This poses an interesting challenge to our cultural institutions. Should they simply carry on as before?

Or should they attempt to decipher the Brexit vote amongst their local communities, and adjust their public offer accordingly?

If Brexit is, as many have argued, an essentially cultural divide, then what role should museums play in its aftermath? In the long run, this may be the question that matters most.

By Alistair Brown, policy officer at the Museums Association.