What does Brexit mean for Northern Ireland? 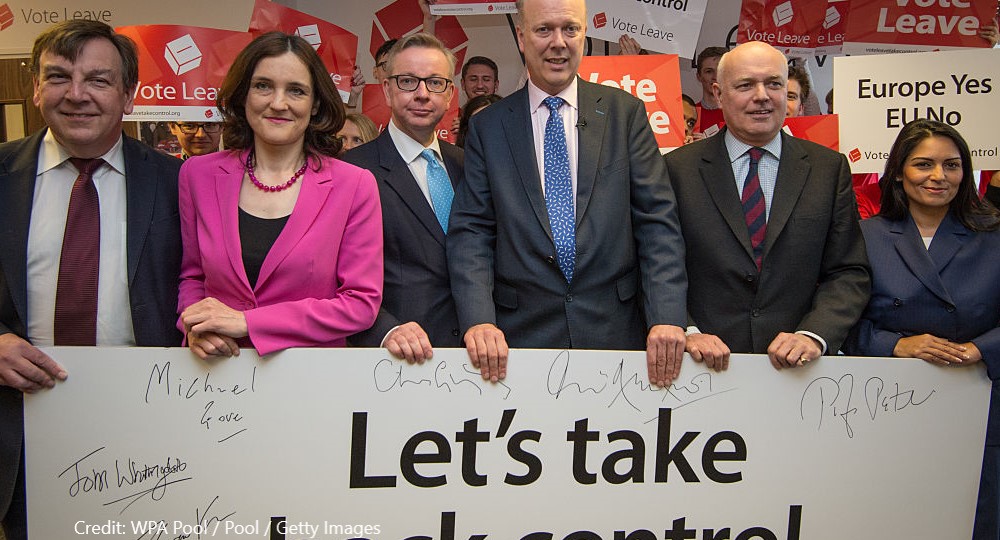 Many issues have had their moment in the Brexit spotlight, but few seem to have been so frequently present since the 2016 referendum than the ‘Northern Ireland’ dimension.

For much of 2018-19, it was ‘the backstop’, initially with a Northern Ireland-only and then a UK-wide customs union with the EU, that grabbed the headlines. It saw off Theresa May as Prime Minister.

Since then it has been ‘the Protocol’, re-negotiated under Boris Johnson and approved by MPs, yet a cause of political protest and judicial review, and now a major focus of ongoing tension between the UK and the EU over what it entails and how it needs to be implemented.

Very few politicians back in 2016 anticipated what a UK decision to withdraw the EU might mean for Northern Ireland. Few showed much understanding of what leaving the EU’s Single Market and Customs Union would entail. Few appreciated that Brexit could prove politically disruptive.

For Northern Ireland, withdrawal from the EU therefore raised the prospect of a physical hardening of the land border on the island of Ireland, and at a time when the combination of shared UK and Irish membership of the EU and commitments in the 1998 Belfast (Good Friday) Agreement had rendered the land border invisible and effectively removed ‘the border question’ from day-to-day politics.

Through the Protocol, the UK and the EU have avoided a physical hardening of the land border.

But border politics are back as the contestation around the Protocol, the dramatic increase in formalities, checks and controls on the movement of goods into Northern Ireland from the rest of the UK and the resulting ‘Irish Sea border’ demonstrate. The effect is political instability and concerns for the peace process.

Looking back at claims made before the referendum 2016, there were voices warning that Brexit would be disruptive for Northern Ireland and could see a return to political instability.

Most supporters tended, however, to dismiss claims that Brexit would have any negative consequences for Northern Ireland.

These pushing back included Theresa Villiers, Secretary of State for Northern Ireland, who dismissed concerns over post-Brexit border controls claiming ‘the land border with Ireland can remain as free-flowing after a Brexit vote as it is today’.

In practice, at least for goods, the border has remained free flowing; but only because disruptive checks are located elsewhere.

Villiers’ immediate predecessor, Owen Paterson, was equally dismissive, arguing that ‘electronic‘ solutions would be put in place for cross-border trade.

He also claimed that it was ‘ludicrous‘ and ‘absolute nonsense’ to suggest that Brexit could pose any threat to the peace process.

Another key concern back in 2016 was migration, and hence the promise of tighter post-Brexit immigration controls and border checks. Here, Paterson and others assumed that the Common Travel Area (CTA) would ensure no passport controls on people moving across the land border.

In effect, through the Protocol and with Ireland remaining outside of Schengen, the CTA has indeed avoided passport controls, although legally the unchecked movement only applies to UK and Irish passport holders.

For Boris Johnson, Brexit would leave arrangements on the land border ‘absolutely unchanged… There’s been a free travel area between the United Kingdom and the Republic of Ireland for, I think, getting on for 100 years…There’s no reason at all why that should cease to be the case.’

More generally, Johnson dismissed business concerns about the impact of leaving the EU: ‘I think there is absolutely nothing to be concerned about, indeed everything to gain’.

Such positions suggest that Johnson and fellow Brexiteers had only a superficial appreciation of what leaving the EU might actually mean for Northern Ireland. Certainly, there appears to have been no detailed analysis of possible consequences.

Not that pro-Remain members of the Government appear to have given the matter much thought either. Their analyses often revealed only a marginally more developed sense of what Brexit might mean. They did acknowledge that there would be change.

The Prime Minister at the time of the referendum, David Cameron, did at least acknowledge that the logic of abandoning the free movement of people meant that there would have to be passport checks somewhere. He argued there might have to be ‘some sort of checks’ on people leaving Northern Ireland to go to the rest of the UK.

Theresa May, then Home Secretary, argued two days before the referendum that it was ‘inconceivable’ that there would not be any changes in arrangements on the land border. She did not elucidate.

Once installed as Prime Minister, on a visit to Belfast a month later, she reflected further, recognizing ‘the particular circumstances in Northern Ireland because… it has a land border with a country that will be remaining in the EU… Nobody wants to return to the borders of the past – what we do want to do is to find a way through this that is going to work and deliver a practical solution for everybody’.

On the challenges and how they would be addressed, there was little.

Most outspoken among UK politicians on the potential effects of Brexit were former Prime Ministers, John Major and Tony Blair.

On a joint visit to Northern Ireland, Major argued that leaving the EU risked ‘destabilising the complicated and multi-layered constitutional settlement that underpins the present stability in Northern Ireland… It would throw all the pieces of the constitutional jigsaw up into the air again, and no-one could be certain where they would land’.

Looking at how the choices made during the last five years have played out, it is hard not to detect in Major’s concerns a deeper appreciation of what Brexit – a genuine step into the unknown – could mean for the UK and for Northern Ireland.

Brexit was always going to be disruptive, yet many did not appreciate just how much it could and would be.