What does Brexit mean for private pensions? 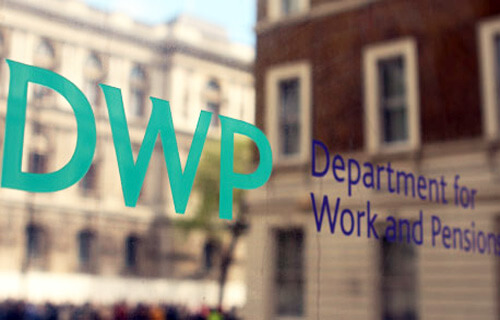 The House of Commons Library does an excellent job in bringing together information about particular issues for MPs. And, with the day of Brexit drawing ever nearer, the Library has produced a whole range of briefings on issues related to Brexit. When in August they published a briefing paper on Brexit and Private Pensions I was intrigued, as this is a question we at the Pensions Policy Institute (PPI) have often been asked, but so far have not had the available evidence to answer.

As ever, the Library have been very thorough with the available material. But perhaps tellingly, the whole briefing – including front cover, contents page, footnotes and disclaimers – is only 13 pages long. The evidence of what Brexit means for pensions is still pretty thin.

In a way this is not surprising, and is what has stopped the PPI from saying much on this issue in the past. It is very difficult to say what Brexit means for anything, until we are a lot clearer about what Brexit actually means. But, despite this drawback, the briefing from the Library still provides some very useful insights.

The first is that in terms of who private pension schemes pay pensions to, the industry is very domestic: most pensions paid by UK pension schemes are to people in the UK. There are relatively few schemes that operate across national borders (only 19 UK based schemes), and those that do tend to cross the UK-Irish border.  So the direct impact of Brexit on the vast majority of schemes will be limited.

For the relatively small number of cross-border schemes, much will depend – as now – on the bilateral arrangements between countries. Those that are covered by EU legislation will effectively continue to be covered until the UK government changes legislation, as the EU rules have been embedded into UK rules.

There are some areas that might prove tricky, though. Under the current arrangements, financial services firms operating in one country receive a “passport” from their own regulator which enables them to operate across the EU.  After Brexit, this will need to be replaced with an alternative system – as yet unknown.

Quite how this will be done is not clear – the UK government is committed to ensuring at least a temporary permission is granted to avoid contracts immediately falling into default. While both the UK and EU would like to see a mutually agreed regime, this is another part of the ongoing negotiation process.

Equally, some changes that will affect UK citizens living overseas are important when thinking about private pensions. Most UK pension schemes will only pay into a UK bank account. So individuals living overseas receiving a private pension may well face transfer fees and exchange rate variations, which might be exacerbated by Brexit. The risk here though is on the individuals rather than the scheme.

So far, so minimal. But there is an elephant in the room, which is not mentioned at all in the briefing paper. The biggest potential impact on private pensions is not necessarily on the administration, or rules surrounding payment, or even the tax treatment of private pensions. The biggest impact will be from the investment performance of pension funds, which is linked to the performance of the UK and EU economies, as well as the economic performance of the rest of the world.

The performance of UK pension funds is linked to the UK economy, as a large proportion of their assets are invested in the UK economy, through equity holdings or bonds.  So one of the main determinants on the actual private pensions that UK individuals receive, or the cost to UK employers of funding them, will be the UK’s economic performance.

This is not that dissimilar to the impact on UK state pensions, where the big determinant is the size of the tax base used to pay for pensions. This is of course dependent on economic performance, as well as tax and national insurance rates, but also on population size and age – something that will be related to future levels of immigration to the UK.

So although we can look at the potential impacts around the margins of private pensions, the very big Brexit unknowns – the impact on the economy and immigration – are both important for pensions. In terms of the impact on how much people have as a pension, these factors are likely to swamp any other implications arising from the precise details of future regulation.

So for now it is still a case of wait and see before we can start to give a more definitive answer.

Chris Curry is Director of the Pensions Policy Institute