What does Brexit mean for the UK’s automotive industry? 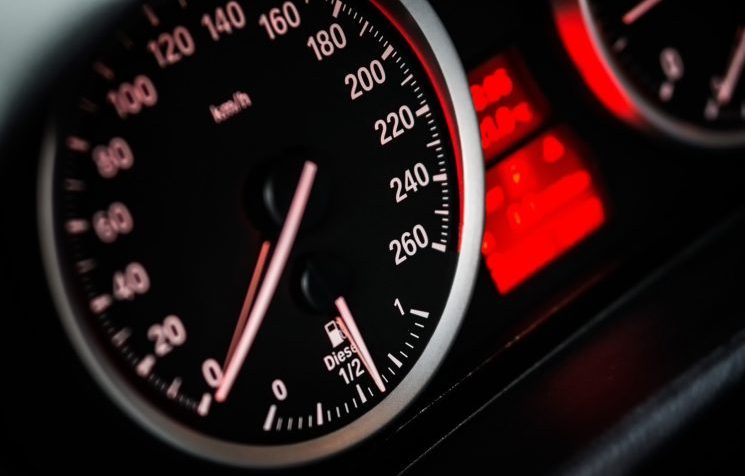 Britain’s automotive industry has been one of the ‘star performers’ of the UK economy in recent years, and is seen as having benefited from EU membership, for example in terms of access to the single market and hiring skilled staff from Europe. So what might Brexit mean for the sector, and in turn for industrial policy in the UK?

Clearly the first thing to consider is the impact of the decision on the wider UK economy, both in terms of economic growth and the value of sterling. For instance, a possible slowdown in economic growth is likely to impact on car sales in the UK, so at best sales are likely to grow more slowly than otherwise and at worst may fall. However, this negative outlook for the auto market may be offset to some extent by looser monetary policy, which could help in reducing financing rates on new cars.

On the currency issue, we’ve already seen a significant depreciation in the value of sterling. For UK based auto assemblers, this depreciation should boost exports. Firms will have a choice of whether to increase output or boost prices to take higher profits. Nevertheless, this should help boost UK auto output to over 1.7m units this year. So ‘output up but domestic sales down’ seems the immediate likely impact.

At the same time, though, imported cars and components will become more expensive. That’s an issue: on average around 60% of the components going into a UK assembled car are imported. This will impact on different firms in different ways. Jaguar Land Rover, for example, source a higher proportion of components in the UK and also have higher margins to play with than, say, General Motors through its Vauxhall brand. Both firms have worked hard in recent years to raise their levels of UK sourcing. That could now be pushed further if sterling settles down at a lower exchange rate.

Those auto brands that don’t assemble in the UK and only import cars will be negatively affected by the fall in sterling as their cars will become more expensive here (or as their margins are squeezed). So in terms of the auto market here, the bottom line is that imported cars are likely to become more expensive. And as noted, a slowdown in economic growth is also likely, which will impact on car sales.

The really big issue, though, is the huge uncertainty over future trading relations with Europe – that is likely to hit inward investment in the industry in the UK. Foreign investment is key to the renewal of the industry, with some £8bn invested in the sector over the last four or five years. And as Professor Nigel Driffield at the Warwick Business School notes, the biggest single deterrent to foreign investment is uncertainty. The more uncertainty that firms attach to their ‘net present value calculations’, the less likely they are to invest.

The single event that caused the greatest decline in inward investment in recent history was Britain leaving the European Exchange Rate Mechanism in 1992, not because it necessarily implied any particular weakness about the UK economy, but because of the uncertainty that surrounded it. Meanwhile the single event that has had the greatest positive impact on inward investment in the UK in recent history was the creation of the single market. This was because it became easier for firms to conduct business within their organisation but across national borders.

For example, automotive and engine assemblers like GM, BMW and Ford all import sizeable inflows of components to the UK from their other EU operations. Anything which puts these trading relationships at risk, whether currency risk or higher transactions costs from having to deal with EU and UK regulations separately, reduce the likelihood of further investment. As Nigel Driffield notes, if one looks at similar events in terms of magnitude, Brexit may have a short term negative shock. It would then take about four years for us to get back to a new lower long-term trend of inward investment.

The trade issue is crucial as over 80% of cars assembled in the UK are exported, and over 50% of these exports go to Europe. Maintaining access to the single market is therefore critical. The uncertainty on trade needs to be nailed down as soon and as clearly as possible so that investors can retain confidence that they can assemble in the UK and export to Europe without tariff or non-tariff barriers.

During the referendum campaign, some campaigners suggested that Norway and Switzerland are examples that could be followed, as they are outside of the EU and enjoy forms of free trade with the EU. Switzerland’s position is somewhat complicated and based on a number of bilateral agreements. Some sectors of its economy are not covered (services, for example). It’s a kind of a-la-carte ‘Swiss Cheese’ approach. Like Switzerland, Norway pays into the EU budget and gets access to the single market (on a comprehensive basis in its case), but must follow EU rules and has no input into devising EU regulations.

It will be tricky to negotiate these deals given that the Leave campaign had immigration as a core issue. Complete freedom of movement for people in the single market is likely to be a sticking point for the UK, as would be paying in to the EU budget. Of course, some auto firms based in mainland Europe will want to continue to trade with the UK (the UK is BMW’s second largest market in Europe for example) and are already taking a hit on exports to the UK with the depreciation of sterling. There will be some desire to get a deal of sorts done. Yet completely free trade on all goods and services (as now) but without paying into the EU budget or agreeing to free movement of people is probably going to be a non-starter.

Loss of influence over regulations

Even with a trade deal, there is one area where the UK’s automotive sector will definitely lose out, and that is via the ability to influence regulation in the industry. Regulation is not going away and if anything will be become more important as we move towards connected and autonomous cars.

The UK will have no influence on those regulations in Europe when it leaves. Jaguar Land Rover, for example, will have to look to the Slovakian government to represent it at the European level when the UK does exit. A final possible impact is that the auto industry currently has some 5,000 vacancies and needs to be able to hire skilled workers from Europe. Again, this needs to be sorted out as quickly as possible.

Overall, I’d suggest that the government has to do more than just strike a new agreement with Europe. For example, Britain will need to do much more to create its own skills; this means developing better systems for education, skills training, and re-training as part of a wider industrial policy.

Just as the government and Bank of England are having to rethink fiscal and monetary policy, so too industrial policy needs to be re-examined. It’s a great shame that industrial policy measures like the Advanced Manufacturing Supply Chain Initiative and Manufacturing Advisory Service have been scrapped by Business Secretary Sajid Javid: these poor decisions need to be revisited as quickly as possible.

And given the recent depreciation in sterling, there is potentially a new opportunity here for reshoring the auto supply chain further. That isn’t going to happen automatically, though, given the barriers to reshoring we have identified in our own work (see here for example). The key point is that given both opportunities and risks arising from Brexit for UK auto, a better funded and more active industrial policy is now needed to boost competitiveness in the UK automotive sector and manufacturing.