What does Brexit mean for the UK’s place in the world? 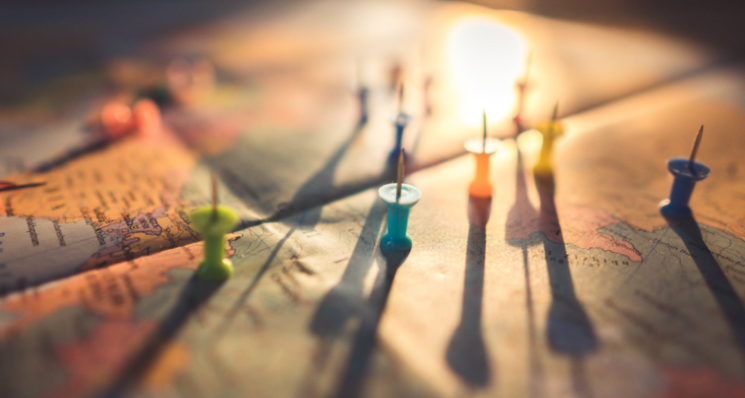 A common argument in support of Britain’s membership of the Common Market during the 1975 referendum campaign was that it enabled the country to regain some of the international clout that had been lost along with the Empire. Together, the major European powers formed a formidable international bloc. The timing seemed propitious. The United States was coping with the impact of Vietnam, the Soviet military build-up, the oil shock and the aftermath of Watergate. The durability of the Atlantic Alliance was being questioned. The idea of a European bloc complementing or even competing with the US did not seem fanciful.

One of the problems with this prospect was pointed out at the time by the US Secretary of State Henry Kissinger when he asked for a single telephone number for Europe, noting the quite different policy stances adopted by the different capitals and the lack of coordination between them.

Since then, there has been a continuing effort in Brussels to demonstrate that this complaint is invalid, that Europe can now speak with a single voice in the most vital areas of policy, but performance is still patchy. It is most true in the vital area of trade because this remains one of the main jobs of the Commission.

While it still normally takes a lot of effort to forge an agreed position, the central role of the EU as a single bloc in international trade is one reason why the most significant challenge facing the UK following Brexit will be to establish beneficial trading relationships without this sort of negotiating leverage and expertise.

By contrast, when it comes to international security and defence, Europe has struggled to act as a significant, autonomous body.

For its most enthusiastic supporters, progress here would mark the EU out as a true superstate and give real meaning to the ambition of an ‘ever closer union’. And indeed, its detractors take the same view.

The Leave campaign warned during the referendum of the likelihood that a ‘European army’ would be formed. The Remain campaign did not argue this would be a development to be welcomed but retorted the Leavers were exaggerating.

This was a striking contrast to the mid-1970s, when the ambitious rhetoric was a positive. Now, those in favour of staying in Europe stress the limits on what the EU can become, whatever might be claimed by enthusiasts.

The record certainly supports a sceptical assessment, suggesting that Brexit may not make as much difference to the UK in the defence and foreign policy arena as it will do with trade. Other than the lingering spell of Gaullism in France, most of the original and current members of the EU prefer to depend on NATO to meet their security needs. Nobody else can match the strength of the United States.

Alliance with Washington brings both nuclear deterrence and makes it possible to keep defence budgets down. EU countries might be able to work together on low level military tasks, for example dealing with piracy or providing peacekeeping, but they lack the capacity to do much more without the intelligence, logistics support and firepower of the United States. As the leader of the alliance, the US has been able to orchestrate common responses to the big international issues. There have only been occasional differences with its allies, for example on the Middle East.

Left to itself, the EU could easily be torn between the competing priorities of the south and the north, looking to the Mediterranean or focusing hard on Russia. If the EU really was in a position to turn itself into a genuine alternative to NATO, then the best advice for the UK might have been to stay inside in order to thwart such an effort.

In practice, however, the far greater risks are of further discordance on foreign policy, especially when it comes to dealing with Russia and China, when there can be a tension between strategic and economic judgements.

The risk at the moment, however, is not that the EU will turn into an alternative to NATO but that it may increasingly be ‘left to itself,’ as the US fails to see why it should carry so much of the burden and risk of the alliance.

President Trump’s policies have highlighted this risk, and added trade tension to his lukewarm commitment to the alliance. European countries, including the UK, have failed to follow Trump’s lead on such matters as climate change and Iran but they are in no way eager to use these issues to end the US role in European security. Instead they hope that Trump is an aberration and that common sense will soon return.

But whatever happens to Trump, the glue that held the alliance together is no longer as strong as before, and the glue holding the EU together as an international actor away from trade is not that strong. The prospect therefore is of international relations in and around Europe becoming more fluid, with both NATO and the EU struggling to cope with the distinctive interests and priorities of its members. If the UK wishes, it will be able to play a more or less constructive role, still a permanent member of the Security Council and a major military power.

For the moment, the government insists that this is its wish. In order to refute the idea that Brexit implies a withdrawal from the world, ambitious claims have been made about a global role and taking military responsibilities seriously.

The UK has deployed forces to Estonia as part of NATO’s ‘enhanced forward presence’. The Defence Secretary has spoken of plans for naval task groups both east and west of Suez, bolstered by the Queen Elizabeth class aircraft carriers, and a readiness to act whenever and wherever required, suggesting that somehow Brexit is liberating the UK from past inhibitions.

Yet Brexit makes little difference to this one way or the other. At times it appears to be bound up with a belief that, without the burdens of EU membership the UK can become a more agile international actor. Yet if the idea of the 1970s that the Common Market would provide a vehicle for British influence is no longer credible, nor is the idea that it is possible to exercise significant international power acting alone. And if the US is less available then that may mean working more with Europeans when it comes to both operations and equipment programmes.

By Sir Lawrence Freedman, Emeritus Professor of War Studies at King’s College London. This article is from our ‘Article 50 two years on’ report.