What does Brexit mean? 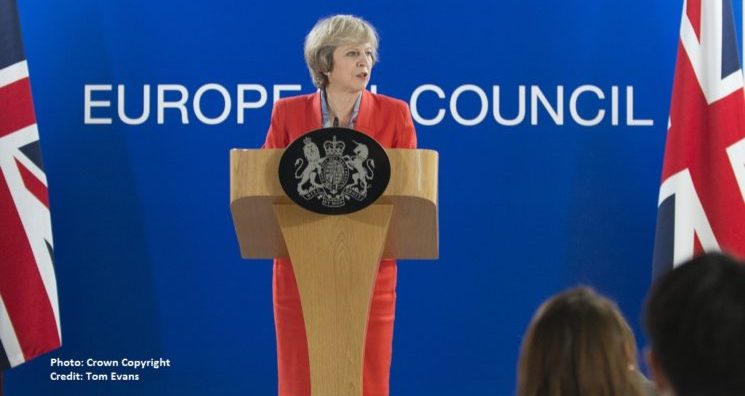 Theresa May has nailed her colours to the mast by stating that ‘Brexit means Brexit’, but what it will mean in practice is far from certain. It will encompass extracting the UK from the rights and obligations of EU membership, but also establishing a new relationship with our erstwhile partners, as well as seeking new trading arrangements with the rest of the world. In addition, tricky decisions will be required on adapting domestic policies in which the EU currently exercises a strong influence.

The first stage is for the UK to invoke article 50 of the Lisbon Treaty, setting in motion the separation from the EU. To the dismay of many on the other side of the English Channel, the UK government has procrastinated, saying only that it will do so no later than the end of March 2017, knowing that once it does, the Treaty prescribes a two-year deadline for concluding the negotiation. Despite provisions for the rest of the EU (rEU) to prolong the negotiations, most commentators consider it unlikely that they would be willing to do so.

The intention to withdraw has to be addressed to the European Council, comprising the leaders of all EU member states, which then has to agree guidelines for rEU, but the detailed negotiations are expected to be conducted by the Commission and the secretariat of the Council, both of which have already designated lead negotiators. Once a withdrawal negotiation is agreed, it has to ‘be concluded on behalf of the Union by the Council, acting by a qualified majority, after obtaining the consent of the European Parliament’ [article 50.2]. In plain English, either a sufficiently large minority of rEU member states or a majority of members of the European Parliament can block a deal.

The withdrawal negotiations will have to cover a wide range of policy areas, given the reach of the EU into areas as diverse as judicial co-operation, scientific research and local economic development. What, for example, should happen to existing projects bringing together partners from UK and other EU universities, or distinguished researchers at British universities who have secured five-year grants from the European Research Council, bearing in mind that UK involvement is justified by UK payments into the EU budget? Will multi-annual infrastructure projects part-financed by the EU’s Structural Funds be allowed to continue, or will their sponsors have to choose between raising funding from alternative sources and being curtailed?

A big question concerns what happens both to citizens of other EU countries living and working in the UK, and to UK citizens in other EU countries. Vague promises have been made, but they will need to be turned into firm commitments, including about what they mean for access to health care and other social policies. On these and many other detailed questions no-one really knows.

A new relationship with rEU will have a number of dimensions. Much of the debate, both before and (more so) since the referendum, has been about whether the UK can somehow retain its access to the EU single market after Brexit, while curbing the freedom of movement of workers from other EU countries and drastically cutting (or eliminating) its EU ‘membership fee’. The dilemma here is that curbing the inflow of migrant workers from other EU countries was the most compelling reason for the Leave vote, yet is incompatible with preserving UK membership of the single market. The UK will, consequently, have to work out what future economic relationship with the EU it wants.

Trade and investment linkages will be a big component of this, but by no means the only ones, because the right to do business with other EU countries is about more than formal trade barriers such as tariffs. For the City of London, for example, authorisation to operate in rEU (known as ‘passporting’) will be crucial, because unless UK rules are deemed to be equivalent, any financial intermediary wanting access to the EU market will require separate regulatory consent.

There has been discussion of a whole range of ‘models’ for a post Brexit relationship. Probably the least risky economically would be for the UK to have a status similar to Norway of participating in much of the single market, perhaps with some new curbs on free movement of labour. However, another prominent claim in the referendum campaign was that the UK would gain from no longer having to contribute to the EU budget, yet Norway continues to pay a membership fee. This model seems, already, to have been ruled out.

At the other extreme, the UK might simply be treated on standard World Trade Organisation (WTO) terms, with the same access to the EU market as China. There has also been discussion of a ‘Canada’ model in which a new free trade arrangement gives the UK privileged access to the EU for exports of goods, but would be likely to mean limits on market access for UK services. For the UK, the WTO model would require both replacing deals with other countries to which it is a party as a result of EU membership and striking new ones with favoured partners, such as the US or Australia. In some cases, ratification by the full WTO membership will be required, never an easy or rapid process.

The future relationship in other policy domains has been given much less attention but is nevertheless important. The UK has been a leading actor in EU security policy and in international relations, and has been influential in setting EU positions. Some new arrangement will be reached in due course, but it will not be easy because the Brexit process is likely to have eroded trust between the UK and its current EU partners.

How the UK adapts domestically to life outside the EU will also be contentious. Promises were made to farmers during the referendum campaign, and the Chancellor has since confirmed that funding equivalent to money from ‘Brussels’ for farm support, science and local development will continue up to 2020. Beyond then, could the need to curb public expenditure mean the commitment ends? More broadly, with regulations emanating from Brussels covering so much – from clean beaches to food standards – what will it make sense to discard or amend and how will decisions be taken?

Brexit may well mean Brexit, but what Brexit means will take quite some time to elucidate.