What does Global Britain mean in practice? 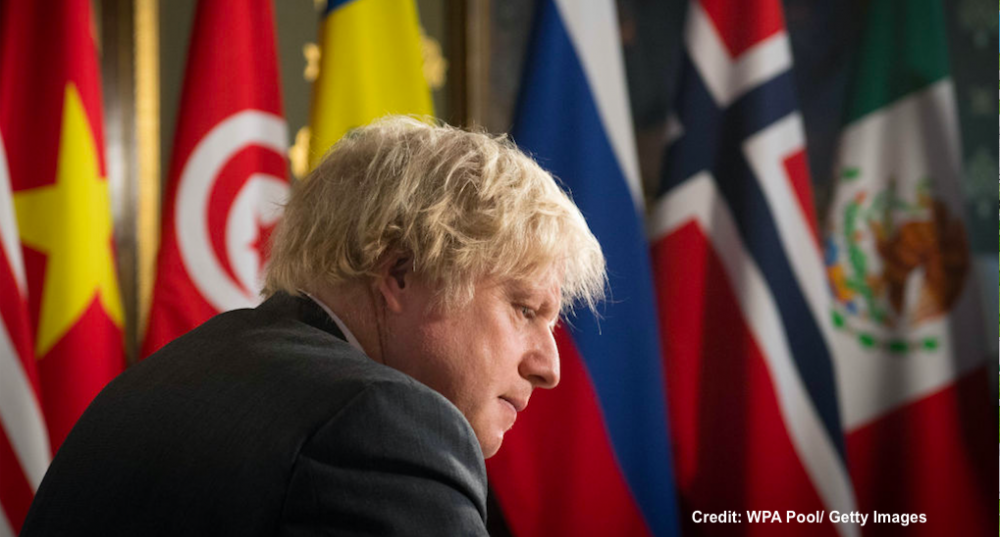 “In leaving the European Union we restored sovereign control over vital levers of foreign policy,” declared Boris Johnson in his speech to the Munich Security Conference. To be frank, that is debatable. The EU’s competence over foreign policy is limited – so membership provided little in the way of constraint on national autonomy.

What is less open to question is the assertion, as the Prime Minister clearly laid out in what was an important speech, that this is a moment of opportunity for British foreign policy. Seizing it, however, will pose several challenges.

Brexit has already allowed the UK to take some actions it would not otherwise have been able to. By 1 January, continuity trade agreements had been signed with 58 countries. The UK moved to impose sanctions on Belarus, while the EU dithered and delayed.

There are costs as well as benefits, though. The new trade deals largely replicate what we had as a member state, and their impact is paltry compared to the negative impact of new barriers to trade with our nearest and largest trading partner.

Equally, sanctions are more effective when applied by several states, and autonomy from the EU comes at the price of a decline in influence over what the EU does.

Indeed, it might yet be that the most important foreign policy impact of Brexit turns out to be indirect. ‘Global Britain’ was dreamt up as a way of underlining that Brexit did not mean insularity. And the desire to ensure that Brexit is seen to succeed provides a powerful incentive to make Global Britain real.

Consequently, at Munich, the Prime Minister sketched out an ambitious agenda. He clearly intends to use his convening power to push his agenda. He has used the UK’s chairmanship of the G7 to issue invitations to Australia, India and South Korea to attend the summit in Cornwall in June.

This may mark the inauguration of a formalized D10 intended to present a united front against China.

On climate change, the 26th United Nations ‘Conference of the Parties’ (COP) on climate change will be the first such event to be held in the UK, presenting a golden opportunity to establish the UK as a continuing big player in global climate diplomacy in its own right.

Yet turning ambitions into reality will require several things.

First, a clarity of vision and ability to make difficult choices. When it comes to the D10, Mr Johnson needs to consider whether it really makes sense to create a grouping of democracies without engaging closely with the EU, whether some of those he is inviting really merit the label ‘democracy,’ and, indeed, what balance he wishes to strike between sanctioning and engaging with China.

It is hard to believe now, but the Prime Minister repeatedly called for a free trade agreement with China. Domestic pressures are going to make that impossible to deliver.

And yet an overlooked implication of Brexit is that Beijing can retaliate against UK measures in response to perceived human rights abuses without the need to get embroiled in a wider fight with the EU as a whole.

Dealing with China and – more so – addressing the climate crisis are the work of decades. Success is not a question of quick political ‘wins’, but requires sticking power. For partly understandable reasons related to the pandemic, this is not a Government that has, as yet, shown an aptitude for thinking beyond the short term.

If it is genuine about its environmental aspirations, however, it must.

This will involve not only confronting those among the Prime Minister’s own supporters who do not share his liberal international vision, but also building a consensus that can outlive his time in office.

None of which will be altogether straightforward. According to recent polling by the British Foreign Policy Group, while 34 per cent of Britons think ‘Global Britain’ implies the UK being a ‘champion of free trade and globalisation,’ more than a fifth (21 per cent) – including 35 per cent of Conservative leave supporting voters – take it to mean the UK is a nation with strong and secure borders focused on issues at home.

And when it comes to climate, while 68 per cent support the UK taking a global leadership role, Conservative voters appear less supportive and the least willing amongst voters to take individual action to address climate change.

This matters, because tackling the climate crisis involves a combination of diplomacy with action at home. Just as claims to be a champion of a rules-based international order were undermined by a stated intention to contravene international law so, too, the UK’s international climate leadership will hinge in part on it setting an example at home.

The Government’s Ten Point Plan of November last year marked a good start, but more will need to be done to meet the ambitious targets set, and a failure to do so will hardly burnish our international climate leadership credentials.

And all this is without mentioning the domestic bases of international influence. It perhaps goes without saying – yet nevertheless I will mention it here – that the UK’s ability to make Global Britain a success will hinge every bit as much on the pace of its economic recovery from both the pandemic and from Brexit, and its ability to retain its unity in the face of separatist challenges.

The year ahead holds real promise in terms of the UK’s ability to finally put some flesh on the bones of its claims about Global Britain. Brexit adds a degree of political urgency to the quest to show the UK continues to wield influence. And the Government has laid out a pretty impressive agenda committing itself to the defence of the liberal, rules based international order.

But declarations are merely a start. To deliver on its rhetoric, the Government will need to make hard choices and to show evidence of a clarity and long-term vision that, to date, have been rather notable by their absence.

The long-awaited Integrated Review of security, defence, foreign policy and international development will represent an important signal as to whether it is willing to do so.

By Professor Anand Menon, director of the UK in a Changing Europe. This piece originally featured in ConservativeHome.