What does the Owen Paterson case reveal about corruption in UK politics? 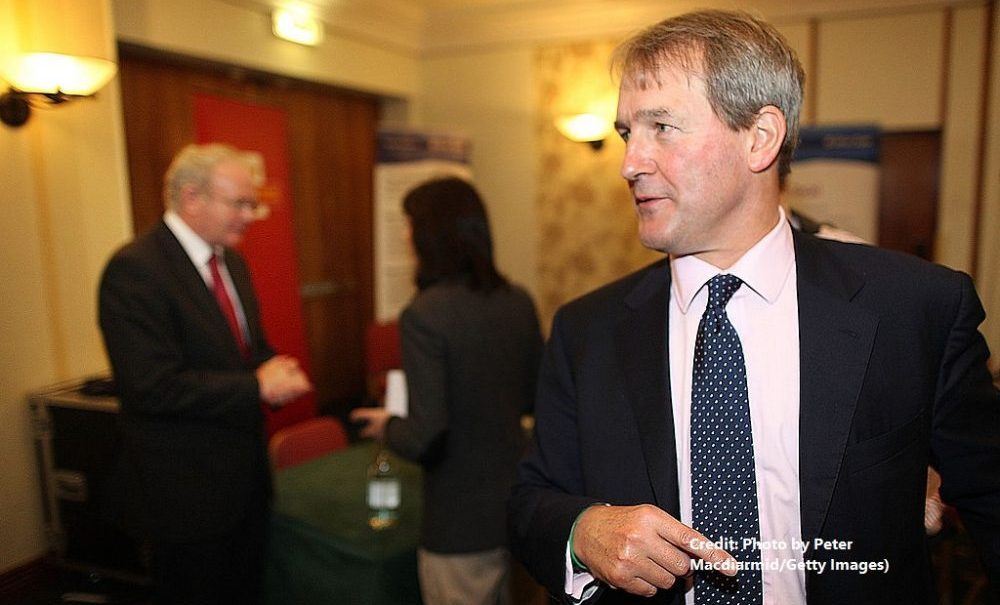 It is rare – but not unknown – for there to be a blatant case of corruption in modern UK politics. Things usually tend to lie in a grey area where some form of misconduct meets a breach of standards, and can be explained away as a misunderstanding of the rules or the unfortunate appearance of a single rotten apple.

The UK’s standing in international league tables of corruption reflect this; the best-known of these, Transparency International’s Corruption Perceptions Index (CPI), places the UK in the top ten.

Why is that? Because the CPI measures perceptions, and the UK has been well-perceived for a number of years; and it measures public sector corruption, which means that the fact it is rare for a police officer to ask for a bribe in the UK is reflected in the ranking, but not the UK’s role as a clearing house for dirty money.

The Owen Paterson affair is a blatant case of corruption in UK politics, and is truly astonishing to scholars of corruption for a number of reasons – not least because of what a single case has managed to reveal about the system as a whole and attitudes within it.

Let’s start with the case itself. ‘Egregious’ and ‘a corrupt practice’ were the terms used by the independent Parliamentary Commissioner for Standards and the Chair of the Committee on Standards – not words used lightly.

Modern definitions of corruption largely derive from Joseph Nye’s 1967 description: ‘corruption is behaviour which deviates from the formal duties of a public role because of private-regarding (personal, close family, private clique) pecuniary or status gains; or violates rules against the exercise of certain types of private-regarding influence.’

A more contemporary example is Transparency International’s definition: ‘the abuse of entrusted power for private gain.’

These definitions contain three core concepts: they refer to those in power, typically but not exclusively public office holders, who have a duty to act in the public interest, and to avoid private gain while doing so.

A quick glance at these definitions will show that by any standard definition of corruption, Mr Paterson was acting corruptly. As a serving MP (thus entrusted with power), he lobbied on behalf of paying clients (thus committing an abuse of that trust, through breaching the MPs’ Code of Conduct) and was paid around £500,000 for doing so (thus earning private gain).

It’s a clear case of corruption, and he got caught; however, it’s unlikely that he will be the only the only MP to be in this position whether now or in future.

We should be in no doubt that as long as the system allows MPs to have second jobs that can allow for this kind of company representation, there is a high risk of corruption at the heart of our politics. This highlights the potential for this to be a systemic problem and not a single rogue operator.

The interesting quirk in this case is his denial, and indeed his assertion that he would do the same again. This gives a fascinating glimpse into the mindset of those in power. He is a former Minister with an impressive array of high-level associates amongst the Conservative Party’s hard-core Brexit grouping.

The most benign explanation is that he was inexcusably ignorant of the rules. But it is also possible, as was often found with the MPs’ expenses scandal, that he did not care very much for the rules, and thought that as a powerful figure with senior allies, he could get away with it.

He nearly did. His interactions with the Commissioner and Committee and subsequent media interviews demonstrated a sense of entitlement and impunity that does not sit well with the Nolan Principles.

Layered onto this is the response of his supporters, and then the government. Collusive corruption is a term usually applied to other fields – such as companies colluding with public officials to fix tendering procedures for their mutual benefit – but it is a term that seems appropriate here as well.

Perhaps this is a very British form of corruption: colluding to defuse the storm around a corrupt act, implicitly denying there was any substantial wrongdoing, changing the rules to benefit a friend, proposing a wholly inadequate alternative in order to get a better outcome – and all of this with the underlying suspicion that a future beneficiary of a neutered standards regime might be the Prime Minister himself.

To use some further jargon from the literature on corruption, before the government’s U-turn, the UK looked as though it stood on the precipice of slipping into State Capture (as described by my colleague Liz David-Barrett).

This is often characterised by the presence of a narrow interest group that consistently changes the rules in its own favour, reduces accountability mechanisms, and brings increased power to those who already hold it.

State capture does not always start out as the intent, but it can be the result when a group of power-seeking opportunists in a populist government set about breaking and re-making the rules with chaotic energy and tribal loyalty.

Such governments are often powered by nationalism, with both the leaders and their supporters genuinely believing they are doing what is best for their country and fiercely excluding from power those with a contrary view.

Personal enrichment can follow later – but it always does, sometimes when the genuinely venal replace those who are diffident or inept, more fully exploiting the situation that has been created.

Is it an exaggeration to start viewing the UK through this lens? The government’s manner and style of defending of Mr Paterson, looked surprisingly like the governments of Hungary, Turkey, South Africa and what had been started but not finished under the Trump presidency.

It can be very hard to tease out self-interested populism that hovers near the borders of probity from a genuine slip over the precipice into state capture. In the UK, we may have got so used to seeing corruption as a problem that happens to others, that we will not spot it happening here until it is very late in the day.

What we can see however is clear indicators of a country that is slipping towards that precipice: the Paterson affair, combined with the wider context of how the Johnson government is led and operates, has ticked many more of those boxes than should be comfortable.

By Robert Barrington, Professor of Anti-Corruption Practice at University of Sussex.