What does the reshuffle mean for the Conservatives? 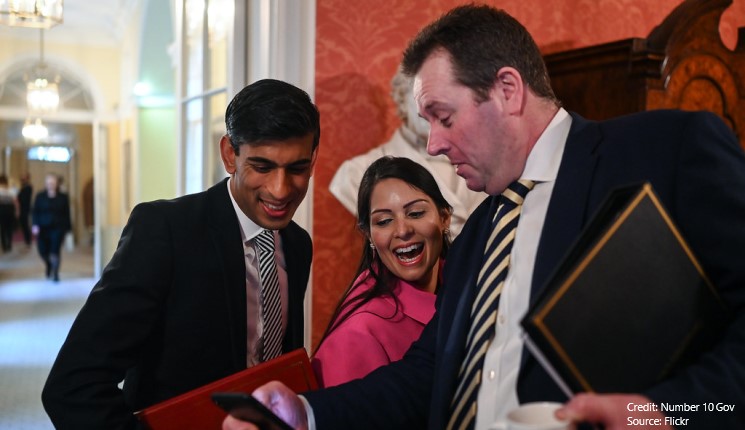 Boris Johnson’s recent Cabinet reshuffle can be viewed as the first decisive attempt to assert his own personal stamp on his senior group of ministers since his general election victory last December.

Achieving the best electoral result for his party since 1987 does give him a degree of authority that few recent Conservative prime ministers have had.

In terms of both wider public and internal party support, Johnson can enjoy a prolonged political honeymoon period. Many of his party members and supporters are particularly loyal to his leadership – most notably the many newly-elected MPs, who may believe his electoral campaign and core messages helped to win their seats.

On this basis, many of the senior office-holders and newly promoted ministers in the Johnson government are ‘his people’, having enjoyed his patronage and in turn been loyal and supportive of him in his determined ascent to the premiership over recent years.

In various ways any reshuffle will represent a concerted attempt to mould a government in the Johnson’s image, as much as circumstances will allow. This can also entail discarding any lingering figures with apparent loyalties to past regimes.

It has been suggested that this could possibly explain the surprising removal of Northern Ireland Secretary Julian Smith, who was given much political credit for restoring power-sharing government to the devolved Stormont assembly.

But Smith is closely associated with Theresa May, having played a key role in her government as Chief Whip, and also having actively backed her leadership campaign that saw off Johnson’s rival campaign back in 2016.

Instead of the conventional message that such reshuffles are primarily about freshening up the team, the headline event that followed the shake-up was the loss of Johnson’s Chancellor Sajid Javid – a man who was a leadership rival last year, but is otherwise viewed as a more recent ally.

Whether this was the political consequence the Prime Minister would have wished for has been the subject of much press speculation, and the influence of senior advisor Dominic Cummings has been noted as a likely background factor.

Perhaps the request for Javid to sacrifice his key political advisors was a miscalculation by the Prime Minister’s team, and the Chancellor’s resignation was not the response anticipated.

Or maybe ‘dark arts’ were at play, and the request for Number 10 to have more control over the Chancellor’s advisors was something they felt would engineer the removal of the Chancellor who may not have been willing to financially sanction all of Johnson’s policy proposals in the months and years ahead.

Javid had recently indicated that ongoing austerity may continue in various ways, and this had the potential to conflict with the Conservative Party’s more expansive public spending commitments that were a vote-winning feature of the 2019 general election.

Johnson and Cummings could potentially have seen this attitude as an obstacle to their aim of maintaining the political support in the ‘Red Wall’ northern seats, the former Labour strongholds that switched on the back of such promised post-Brexit investment into their communities.

Knowing the apparent loyalty of the former Chancellor to his advisors, it’s not beyond the realms of possibility that the provocative request to Javid was deliberately instigated so that he would resign, which in turn has allowed an apparently more pliable alternative in Rishi Sunak to succeed him.

The satirical outlet Private Eye has since used its front cover to suggest that Johnson’s Cabinet is crammed with ‘poodles’ willing to do exactly as they’re told.

Cummings certainly did want more centralised control over the most senior levels of government and has publicly spoken about the need for closer co-ordination between 10 and 11 Downing Street.

Previous administrations have been riddled with tensions between these two pivotal offices, with the relationship between Theresa May and her Chancellor Phillip Hammond deteriorating over time.

However, the fall-out from losing such a senior minster so early into a new government’s term of office does cast something of shadow over the Conservative Party’s apparent sense of renewed focus and unity since it was decisively returned to power.

Overall, then, the reshuffle can be regarded as a decisive move by Johnson and his key aides in 10 Downing Street – using the boost received in the December 2019 election – to strengthen their power.

From a more long-term perspective, it may come to be seen as an important step in the ideological reconfiguration of the Conservative Party away from free-market economics.

Since 1979, the Conservative Party has been ideologically committed to economic liberalism – a position which began with the election of Margaret Thatcher as Leader of the Opposition in 1975 and has long outlasted her departure in 1990.

But in the ‘Red Wall’ seats that the Conservatives won at the end of last year the term ‘Thatcherism’ is still loathed. Johnson is sufficiently pragmatic to appreciate that the Conservatives, if they are to retain at least some of those seats next time, need to end this long association with free markets.

Meanwhile Cummings has sufficient disregard for the traditions of the Conservative Party that he would be willing to ride roughshod over the instinctive beliefs of many of its parliamentarians.

Early signs of this potential shift have been measures such as the renationalisation of Northern Rail, and the proposed investment in public transport more widely.

However, free-market beliefs run deep within the party, and decisions such as that over Huawei show that perceptions of the national interest are still closely associated with global capitalism.

Whether Johnson’s Conservatives can move economic policy away from globalism to defence of the national economy, shift from austerity to higher public spending, and rebalance the British economy away from financial services towards a more active industrial policy – and thus away from London and the south east – remains to be seen.

Boris Johnson has acted decisively in terms of personnel. The jury is still out on whether he will do likewise when it comes to ideas and policy.