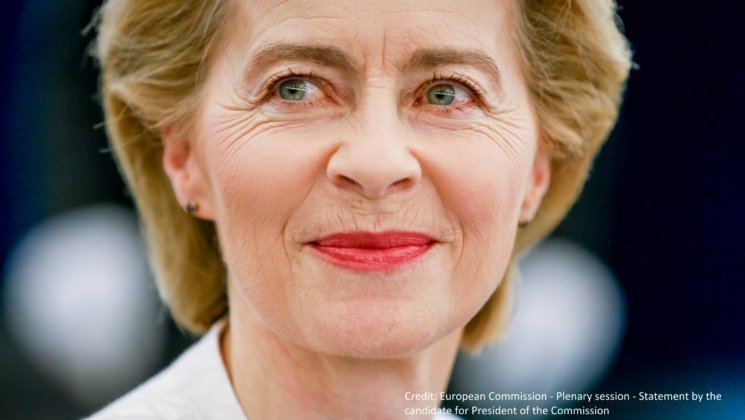 UK political debate has become untethered from the reality on the continent.

The summer build-up to the autumn crisis. And the distance between the UK and the EU27 appears to be growing. Before Boris Johnson took over as prime minister, British demands concerned time-limits and exit clauses from the backstop. Now, they are about scrapping it altogether.

The British position has also moved on the Irish border itself. Under Theresa May, checks and infrastructure were ruled out in all circumstances, yet both—albeit away from the border—now appear acceptable in London.

Whether this forms part of some UK grand strategy to eventually reach a deal with the EU, or is a precursor to a genuine push for no deal, remains unclear. But one thing appears obvious: there is a misunderstanding in the UK about what EU member states believe and how they will act.

I have spent recent weeks talking to diplomats in London from 11 of the 27 other member states. These included representatives from big and small member states, traditional UK allies and less Anglophile countries, and states from the north, south, east and west.

They offered a frank view of their governments’ positions on the three main—and interlinked—issues we’ll be facing this autumn: no deal, a further Article 50 extension and renegotiating the Withdrawal Agreement. Let’s take them each in turn.

Most pressing, of course, is no deal itself. The UK government has taken a big step in this direction, aimed at convincing the EU that it is a credible threat. But there is a problem: the EU does not regard it as such.

Economic forecasts derided by some in the UK are taken extremely seriously among the EU27. Their expectation is that the UK would be by far the worst hit and left in a weak, even unsustainable, position afterwards.

They see the UK threatening to shoot itself in the foot as, frankly, no threat at all.EU leaders know that unless no deal means “never a deal” with the EU, on anything—even Johnson hasn’t suggested that—then the UK will soon be back at the table. The same exit issues will then be dealt with first.

It’s important to remember that the EU also has its eye on other negotiations, with the likes of the US. Weakness in talks with the UK would be fatal. We are caught—somewhat unknowingly—in the middle of EU-US trade tensions.

By encouraging the UK towards an independent trade policy, the US stands to gain better access to the UK market while weakening the EU’s market and bargaining power. Meanwhile the EU’s firm line on the Withdrawal Agreement is a clear signal of its strength and resolve in the face of threats from another negotiating partner.

Member states seem to agree that Ireland may be given leeway to manage these away from the border in the initial days, and possibly weeks, after no deal. But this would quickly become unsustainable. The border is one reason why no-deal would not be a walk in the park for the EU27.

Although there remains unwavering support for Ireland over the backstop, there is also a recognition that Ireland would have to uphold EU rules like any other member state.

Just as states in the east and south have come under pressure to manage their external borders properly, Ireland would face similar pressure. As one diplomat from an eastern member state pointed out, their country had incurred unwanted costs to adhere to EU rules on migration, so Ireland would have to do the same for goods.

Other member states would struggle to justify to their electorates why possibly non-compliant, even harmful goods were entering the EU via Ireland, potentially undercutting EU businesses and endangering EU citizens.

How the EU handles the border will also be an early test of the Von der Leyen Commission’s even-handedness—something that will be watched carefully.

One of the simmering tensions with the Juncker Commission was a perceived arbitrariness and inconsistency in enforcing EU rules, offering greater flexibility to some member states than others. Von der Leyen will not want to face the same accusations, but she will also want to demonstrate resolve in defending the interests of a smaller member state.

There is a lot for EU leaders to consider.

In light of these risks, should the UK request a further extension of the Article 50 period, a majority of member states would support it in most scenarios, even if such a request came without a concrete plan. For many member states, they can live with reasonably low-cost extensions that keep the door open for the UK to Remain, even at this late stage.

What matters in the European Council on issues like this is reaching consensus, or near-consensus. Although any member state could veto an extension request, it would be politically unimaginable. The likelihood is that the EU won’t push, the UK will have to jump.

What might shift this balance is the behaviour of the Johnson government. The decision by Johnson not to nominate a UK commissioner was read by some as an indication that he would be more willing to disrupt the EU institutions. Should this escalate, or the language coarsen—further comparisons of the EU to Nazi Germany or the Soviet Union would harden even the most Anglophile member states—sentiment could shift.

Even then, though, it is hard to imagine Ireland supporting a decision that would precipitate no deal. If an extension request were rejected, it would mean, in practice, a decision taken over the head of Dublin, undermining the prized EU27 unity over Brexit.

On a renegotiation, there is little prospect of new concessions. The public stance of EU member states is well known: the Withdrawal Agreement is closed, but the non-binding political declaration on the future relationship is open.

The EU’s guidelines for the Withdrawal Agreement did not mention—and therefore are not dependent upon—the UK’s position. They were negotiated on the basis of principles and priorities that will not change. The most plausible path EU leaders see to avoiding the backstop is committing to a close future relationship, meaning a customs union at the very least.

This is difficult to imagine under a Johnson government.

But there is a more political reason that EU leaders can’t offer the UK concessions, especially with Johnson as prime minister. For many, Brexit was part of a wider populist trend and Johnson is a populist leader.

Concessions to the UK now would risk encouraging populist elements in their own political systems. Brexit is not seen simply as a Eurosceptic threat to the EU, but a direct threat to its domestic politics as well. The harder the UK position, the greater EU leaders’ domestic incentives to resist.

The UK’s strategy should be formed in full knowledge of EU positions, as well as the reasons behind them.

No deal would ultimately be a futile threat, because EU leaders don’t see it as credible and believe the UK would quickly scramble back to the negotiating table. More time is available if the UK wants it, but it would have to avoid disruptive behaviour. Ultimately, there currently appears no path to a different Withdrawal Agreement.

Crucially though, there are broader forces at play than simply this negotiation: the EU’s wider credibility in international negotiations is at stake, and this process is part of what many see as a pushback against populist forces at home and abroad.

By Matthew Bevington, researcher at the UK in a Changing Europe. This piece originally appeared in Prospect Magazine.