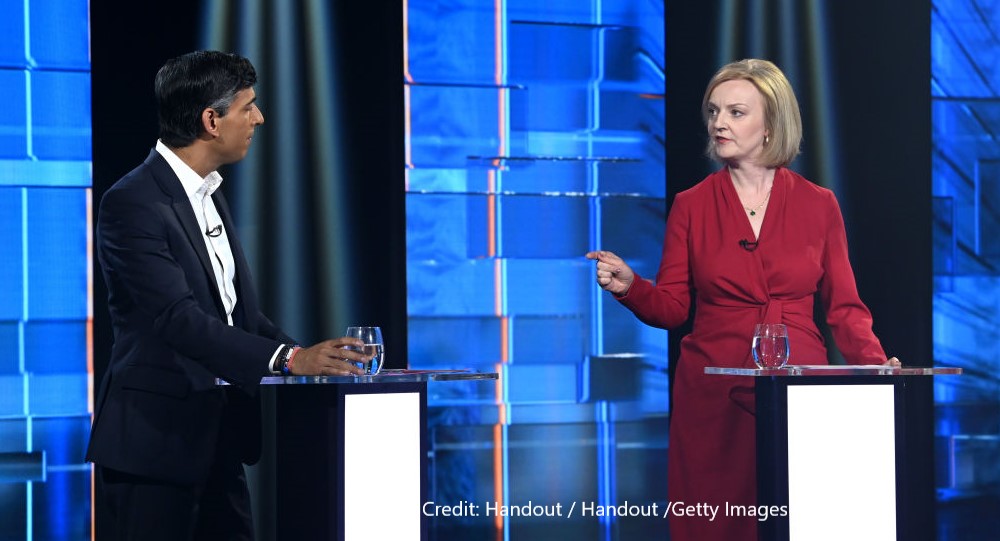 Who are TV leadership debates for, and what do they achieve? That was a question raised by the decision of Liz Truss and Rishi Sunak to pull out of Sky’s debate on Tuesday. It will be raised again once again as the same two candidates begin the process of pivoting their pitches from their Parliamentary colleagues to the Conservative membership, with next week’s BBC debate.

For the long list of also-rans last week, the debates were perhaps the only opportunity to differentiate themselves from their fellow competitors, present their policy platform, set out their agenda for government and, of course, introduce themselves to a public that may have been unaware of their existence.

When we sifted through the initial leadership pitches – the campaign videos, first official campaign speech, and any accompanying newspaper op-ed – a picture was generated of candidates keen to deliver a message of unity, and to signal that their leadership would be different from what had come before: the emphasis in initial pitches was on conservative values, leadership and national unity. 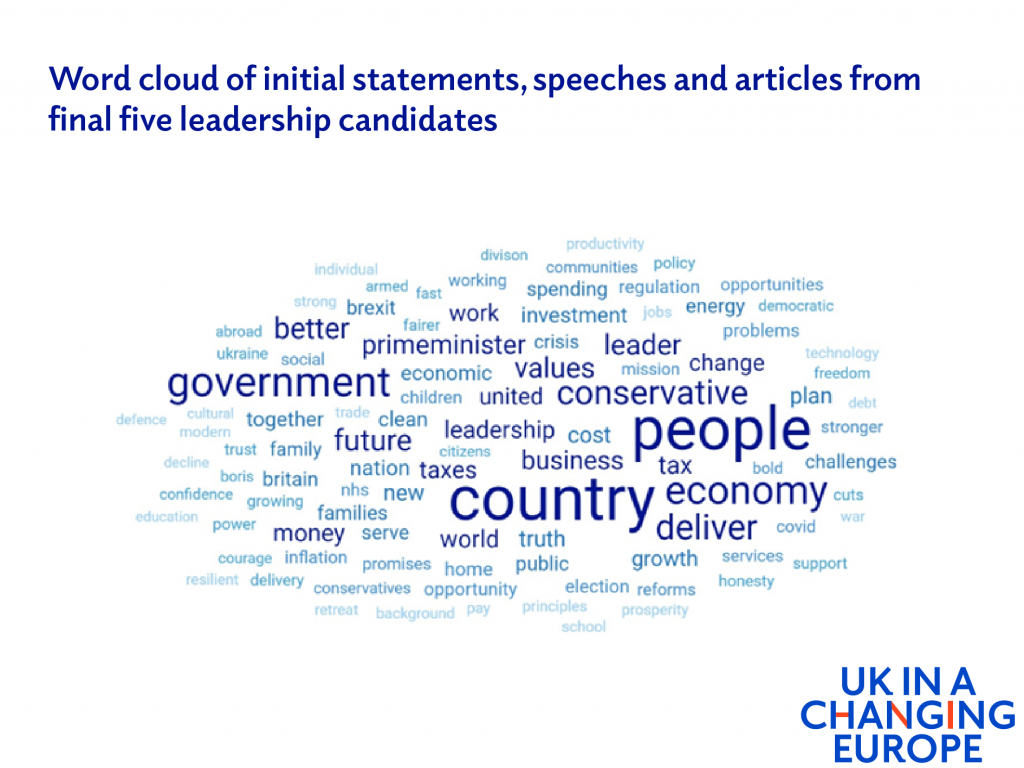 Yet the candidates struggled to project these messages in the debate format – when forced to be more specific about their support for caretaker PM Boris Johnson, Tom Tugendhat was the only candidate to say that Johnson was not honest. Unity was also hard to come by. One of the most heated moments saw former Chancellor Rishi Sunak criticize his rivals’ plans for immediate tax cuts, accusing them of telling ‘fairy tale[s]’ to the public. Liz Truss responded by arguing that Sunak’s plans to delay tax cuts would lead the UK into another recession.

And if they didn’t serve the candidates, it is hard to see what the first two leadership debates achieved for Conservative members either. Certainly, they were an opportunity for contenders to present red (or blue) meat to Conservative members, and drive home policy commitments that would cement their popularity with the base. Indeed, the candidates’ focus on tax cuts and the economy in the two debates was not accidental; 61% of Conservative members believe that the current government taxes and spends too much.

For most members, however, the most pressing concern when selecting a leader was not economic policy, but that they can win the next election. The reluctance of candidates to explicitly separate themselves from Johnson on the debate stage, and continued blue-on-blue infighting, are unlikely to be conducive to increasing support for the party in the country.

Last and, in this context, least is the question of whether the debate process benefited the public. Of course, in this electoral contest, the voters will have no say. An oddity of the two debates was that candidates were essentially using a national stage to pitch themselves to two small electorates: 358 MPs, and the under 200,000 Conservative members who will decide the UK’s next Prime Minister.

Indeed, the leadership debates – despite over two million people tuning in – had little effect upon favourability or name recognition for any of the five candidates.

That said, the economy is a key issue for around 67% of the public, the highest level in almost a decade. The focus on taxation and public spending across these debates – notwithstanding the near-universal omerta when it came to the decisions and trade-offs involved in these cuts to taxes and the state – would obviously have been of interest to a wide audience. After all, everyone who watched will be subject to the policies of one of the two candidates that remain soon enough.

Yet healthcare, currently the second most important to the issue for the public, was left almost unmentioned. Instead, outside the economy, the debates last week centred on Penny Mordaunt’s stance on trans rights and self ID. It’s worth pointing out that this is not only an issue with low traction amongst Conservative voters, but also amongst the public at large. Research shows that only around 2% of people believe that trans issues are one of the most important issues facing the UK.

In short, these debates were not aimed at the general public at all. The candidates did not speak to the range of issues that concern voters. Judging by the initial pitch of the candidates, it was clear that each of the campaigns veered off-message. And Tory infighting was given a national stage, despite the importance of unity and leadership to party members.

Roll on the next debate on Monday.

By Sophie Stowers and Alan Wager, Researchers at UK in a Changing Europe