What have we learned from the first week of ‘Trussonomics’? 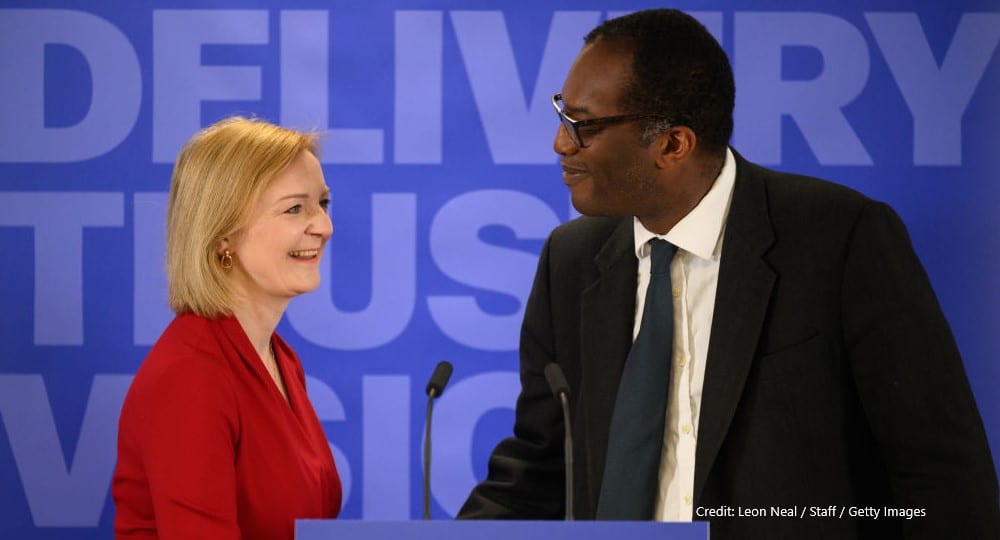 The old saying that a ‘week is a long time in politics’ can rarely have been more apt. The changes in Westminster have been overshadowed by the transition in the Monarchy. But the new Prime Minister has also begun to tackle the challenges facing the UK economy.

The first big policy announcement was a freeze on energy bills. The ‘Energy Price Guarantee’ will cap the unit price of energy for households for two years, with the government compensating suppliers for any additional costs. Similar support is also being offered to businesses and other non-domestic energy users, such as schools, initially for a period of six months.

This is a dramatic turnaround from Liz Truss’s apparent dismissal of more ‘handouts’ in the early days of her leadership campaign. The Energy Price Guarantee is another massive state intervention in the markets which will subsidise the energy bills of every household regardless of need, and could be eye-wateringly expensive.

If you wanted evidence that the new government will not be in thrall to ‘right-wing’ think tanks, including the Institute of Economic Affairs (‘middle class welfare on steroids’), then this is surely it! Indeed, any half-decent economist could have come up with a better targeted, more efficient and cheaper ‘Plan A’.

Nonetheless, the chosen ‘Plan B’ is at least simple and easy to understand. It should therefore be far more effective than a patchwork of smaller measures in lifting the huge cloud of uncertainty hanging over households and businesses. It will also not have to be continually revised and extended (as the furlough scheme was) if energy prices remain high.

It is still right to ask how this can be squared with the core principles of ‘Trussonomics’, including the commitment to a smaller state and lower taxes. But that is not as difficult as it may seem.

For a start, there is a long tradition of free-market support for universal benefits and other forms of social insurance. Hayek himself (in The Road to Serfdom) made the case for communal action to protect people from shocks which they could not be expected to insure against themselves.

Market signals will also still have some role to play. The Energy Price Guarantee will cap the unit cost of energy, not total bills, and at what will remain a historically high level. Households and businesses will therefore still have a strong incentive to save energy.

This can therefore be seen as a pragmatic response which reflects the scale of the economic and social crisis in the pipeline. In principle, it should have been possible to design something better. In practice, it would be difficult to target support at those that need it most, without many falling through the cracks.

Think, for example, of middle-income households who are facing huge energy bills but do not qualify for means-tested benefits, and people in rural areas, or the North, whose energy needs may be much greater than those on the same incomes who happen to live in cities, or the South.

The main worry is how we will pay for all this. The cost of the Energy Price Guarantee is uncertain, mainly because it will depend on what happens to wholesale prices over the life of the plan. But it could easily be more than £100 billion.

This will mean even more borrowing. However, if bills were not frozen, the government would have had to provide a lot more support anyway. If wholesale prices fall, the cost of subsidising suppliers will drop automatically and could be lower than the cost of large upfront payments to consumers.

Above all, one of the main planks of ‘Trussonomics’ is a shift away from worrying about annual deficits to focus instead on the longer-term sustainability of the public finances. There is a strong case for covering these sorts of one-off ‘wartime’ costs with additional borrowing over a long period. This would increase the stock of government debt, but the burden can be eroded over time by stronger economic growth, without the need for additional tax increases.

That at least is the thinking behind the plan. Of course, it is harder to finance borrowing when interest rates are higher and investor confidence is fragile. But the cost of UK government debt remains low by past standards (10-year gilt yields are still only around 3%) and sterling has stabilised over the past week.

This relatively sanguine response in the markets is reassuring. It partly reflects expectations that the energy plan will reduce the risk of a deep recession. But the early actions of the Truss administration have also helped market confidence in two other ways.

First, it has been confirmed that the Bank of England will retain its independence on monetary policy, and that there will be no immediate changes to the inflation target. Rightly or wrongly, many investors were worried about political interference here. Tom Scholar has gone from the Treasury (like it or not, this was an important signal of a new start), but other top officials remain in post.

Second, there has been no rush to announce further tax cuts, beyond the promised cancellation of the increases in corporation tax and National Insurance. The new Chancellor has simply announced a shift to a ‘pro-growth’ strategy, with the ambition to lift the trend growth rate to 2½%.

This will obviously be easier said than done. No-one seriously thinks that trend growth can be raised by tax cuts alone. But over the coming months we can expect to hear much more about supply-side reforms, plans to raise investment and productivity, and a new fiscal framework.

So, what have we learned from the first week of ‘Trussonomics’? The new team is willing to be bold and decisive, but respectful too of the need to maintain credibility. In my not entirely unbiased view, this has been a good start.

By Julian Jessop, independent economist and Fellow at the Institute of Economic Affairs.