What impact on Brexit of the Copeland and Stoke Central by-elections? 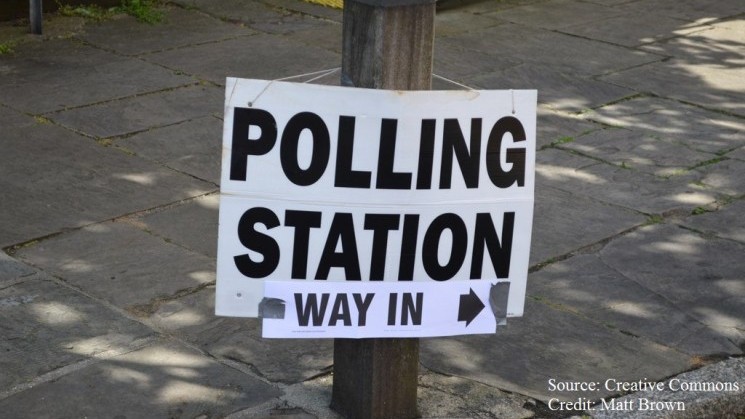 There is a temptation to see the world simply through the lens of what one happens to be interested in, neglecting to notice that there are always myriad alternative perspectives and approaches. Thus is it important to note that the main points to note from Thursday’s by-elections in Stoke Central and Copeland have nothing directly to do with Brexit and the UK’s relationship with the EU.

At the same time, it is important to consider how the party politics of these elections interacts with the defining political process of the age.

This might all seem somewhat counter-intuitive, especially given the media buzz around Stoke being the ‘Brexit capital of Britain’, a Leave counterpoint to Remain-bastion Richmond. However, both constituencies were fought and won on decidedly local issues.

In Copeland, much of the debate focused on nuclear power and health provision, while campaigning in Stoke concentrated mainly on economic regeneration and public services, even among those parties with strong Brexit lines, like UKIP or the Lib Dems. National issues were present, but much attenuated by the local context.

The only high profile parachuted-in candidate, UKIP’s leader Paul Nuttall in Stoke, was hurt in part by his lack of clear connection with the town: his views on Brexit were scarcely mentioned.

And yet these local specificities have produced a pair of results that will have impacts on the conduct of Brexit and the pattern of national political debate.

This is most easily conveyed by considering four stories, two positive, two much less so.

The most striking loser from all of this is Labour. However one cuts it, for an opposition party to lose a by-election to the governing one is a poor state of affairs. While the party might have seen off UKIP in Stoke, it did so with even more of a swing to the right than in Copeland.

Ironically, the success in Stoke makes it more likely that Jeremy Corbyn will stay on as leader, quite aside from the lack of credible alternative and the bitter experience of last summer’s leadership contest. However this plays out, the party’s focus will remain resolutely inwards for the time being.

The other loser on the night is UKIP, which still struggles to define itself in the post-referendum period. Even if Stoke/Nuttall wasn’t the right combination, is still will be seen as a missed opportunity for a party that needs to secure a new foothold in the political system before they lose their MEPs.

With the spectre of Nigel Farage and Arron Banks setting up a new movement to play to those UKIP voters who want to voice their discontent with the political system, Nuttall faces as many internal challenges as external.

By contrast, the Lib Dems continued the rebuilding of their base, with rising vote shares in both constituencies. However, they remain marginal players in the Westminster arena, and will remain so even if they can repeat their Richmond success in future contests.

All of which leads us to the Conservatives, who were the undoubted winners on Thursday.

Not only have the Tories increased their Parliamentary majority, but they have scattered their opponents left and right. And this is the principle impact on the Brexit debate.

A key part of Theresa May’s strategy on managing Brexit has been to keep decision-making within a very small circle around her.  The biggest challenge to that approach has been the opening up of the notification process by the Supreme Court, which created a space for Parliamentary involvement. However, just as was seen in the Commons debates on the Article 50 Bill, the by-elections underline the extent to which May remains largely unchallenged outside her own party.

At one level, this makes life much simpler for May as she embarks on the next, critical stage of withdrawal. Unencumbered by a Parliament or an Opposition that imposes further constraints on her negotiating position, she is in a more flexible situation as she engages with the inevitable compromises that negotiation of Article 50 will entail.

But another level, the weakening of critical engagement over Brexit that will result from these results creates a new risk.

At some point May will have to return to the UK with a deal and a plan for a new relationship with the EU. The more that this is the product of opaque negotiating and lacks some visible oversight, the greater risk that May finds herself out of step with both Parliament and the public. And as last year showed all too clearly, that can be a recipe for a backlash that ultimately only weakens the British political system.

By Dr Simon Usherwood, Reader of Politics at the University of Surrey