What is the government’s plan for the UK’s creative industries? 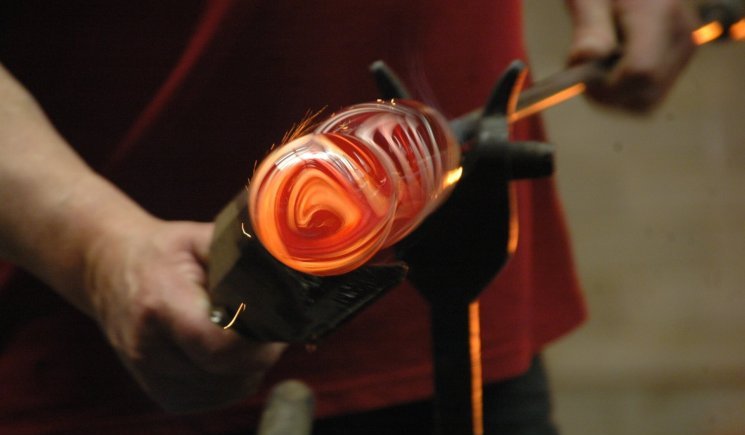 The ‘creative industries’ was named in last week’s green paper, Building our Industrial Strategy, as one of the five key sectors which the government aims to support post-Brexit. The industrial strategy was published following a period of consultation, most notably the Culture, Media and Sport Committee inquiry into the Impact of Brexit on the creative industries, tourism and the digital single market. According to the Department for Culture Media and Sport, the Creative Economy contributed £84.1bn in 2014 and accounted for 5.2 per cent of the UK economy.

The Global Value Added of the Creative Industries increased by 8.9 per cent between 2013 and 2014 compared to 4.6 per cent for the whole of the economy. The sector accounted for between 2.6 million to 2.8 million jobs. Exports in services accounted for 8.7 per cent of total exports of services for the UK for the same period. The EU represents the largest export market.

All but 3 of the 126 submissions to the Culture, Media and Sport committee consultation (Airbnb, Electrolight and Rare Corporate Design) expressed concern that Brexit would be detrimental to the sector. Three key issues were highlighted: the loss of free movement, the loss of EU sector funding, and the loss of single market access. The government’s response is to maintain access for high-skilled workers in the sector and match funding in the short term. The issue of access to EU service markets has not been addressed.

Most of the submissions from programming and broadcasting associations and companies pointed to the loss of access to EU markets in the provision of cross-border services post-Brexit as a concern. UK companies will no longer be able to provide services under the country of origin principle set out in EU digital single market legislation. This could affect satellite, on-line channels, mobile phones and on-line gaming. Problems with VAT regimes were also highlighted.

Trade in goods was also seen to be affected. The Crafts Council stated “nearly half of respondents (45.8%) thought Brexit would have an adverse effect on their own business. The majority (53.9%) felt Britain’s position as a global leader in craft and innovation would be weakened”. Copyright/intellectual property regimes were seen to be under threat by 8 associations. Additionally, the Incorporated Society of Musicians stated: “81% of respondents believed leaving the EU would have a harmful or very harmful impact on the music profession”.

Almost all submissions stressed the need to maintain free movement for sector workers. For example, UKie, trade body for the UK’s games and interactive entertainment industry, states “the most detrimental aspects of the referendum result are perceived to be the new difficulties this would bring in sourcing high-skilled EU workers – such as software engineers – who play a big part the UK’s game and tech sectors”.The tourist industry was the most concerned about the loss of access EU nationals due to shortages in the labour market and requested that tourist workers be considered for Tier 2 visas and that visa-free travel between the UK and EU countries be continued.

Regarding EU funding, BRITDOC, a non-profit organisation which funds documentary films, pointed out that it had contributed a Gross Value Added of £10,807 billion to the UK in January 2016. The Royal Institute of British Architects stated the UK contribution to the EU was “€5.4 billion over the period 2007 – 2013. The best estimate that exists is that during the same period, the UK received €8.8 billion in direct EU funding for research, development and innovation activities”.

Since this time, positive comments about commitment to the sector have been made at public meetings and in Parliament. Government answers to parliamentary questions suggest that state aid for the sector is planned. The UK will no longer be subject to EU state aid scrutiny under Brexit which may provide opportunities to expand funding to the production of content for gaming, film, television programing and public service broadcasting.

However, caution is advised on two fronts: firstly, the states which have, according to the Green Paper, expressed an interest in future trade relationships with the UK, namely Canada, China, India and South Korea, have strict import duties and quotas for film, television programming and other cultural products. Trade in “culture” between the EU and Canada and South Korea under EU bilateral treaty agreements will no longer apply to the UK and need to be renegotiated.

Secondly, the UK’s new position under existing WTO agreements will be re-assessed. With Brexit, the UK will lose the EU negotiated exception under Article IV of the General Agreement on Tariffs and Trade for national treatment of screen quotas for cinematographic film and Most Favoured Nation exemptions for audiovisual services under the General Agreement on Trade in Services. This means that subsidies to the cultural sector, e.g. state aid to BBC, needs to be justified vis-à-vis the WTO under specific exemptions as otherwise they could be subject to query under the 1995 WTO Agreement on Subsidies and Countervailing Measures. The UK may come under pressure from the US to open the trade platform for audiovisual services in particular.

However, access for services has not yet been tackled. It should be noted that the ‘creative industries’ is only one sector comprising the UK’s digital economy which is worth £118.3 billion with an annual growth rate of 8.9, accounting for 7.3 % of the UK Economy according to the DCMS (2016). The National Institute for Economic and Social Research estimates that the sector represented 14.4% of all companies, and 11% of all jobs (2014).

Currently, the UK’s largest export for digital services is Europe and the EU’s Digital Single Market (DSM) enables access to European markets. The sector is awaiting the government’s plans for EU market access for services such as on-line banking, shopping, gaming and entertainment. This will most likely come to light in the government’s long awaited Digital Strategy.

Professor Alison Harcourt is senior Fellow of The UK in a Changing Europe.