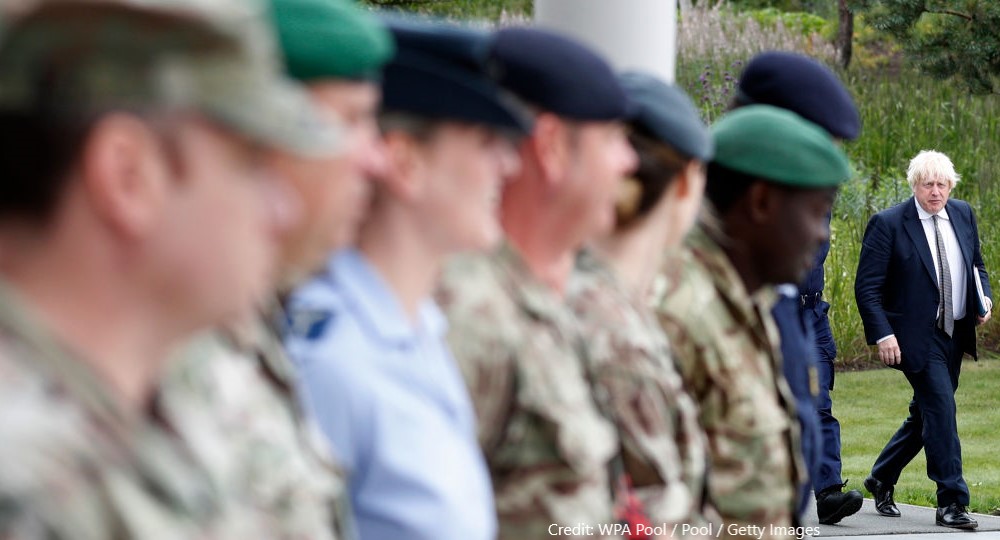 British foreign policy is in crisis. For decades, the UK nestled in the comforting position of being a member of the largest economic grouping in the world (the European Union) and the closest ally of the world’s strongest military power (the United States).

Those relationships offered the UK influence far beyond its size, and their seeming permanence led to a waning of creative and strategic thinking about the UK’s role in the world.

Yet now, both crutches of British foreign policy have been kicked away. The Brexit referendum in 2016 fractured the UK’s relationship with the European Union and has had a significant negative effect on UK-EU trade. It has also severed the foreign policy and security ties that were useful in promoting British policy priorities, particularly on civilian matters.

Meanwhile, the United States’ decision to withdraw from Afghanistan, without proper consultation with the UK, exposed the vulnerability of depending on allies in security and foreign policy matters.

In the debate on Afghanistan on 18 August 2021, the former Prime Minister, Theresa May, lamented ‘What does it say about us as a country … if we are entirely dependent on a unilateral decision taken by the United States?’ Tobias Ellwood, Chair of the Defence Select Committee, asked ‘whether the UK can lead or participate in a coalition without the US. Where is our foreign policy determined—here or in Washington? Our government should have more confidence in themselves’.

Underlying these speeches was a determination for the UK to be able to operate independently of the US.

To achieve this, Tom Tugendhat, Chair of the Foreign Affairs Select Committee, asserted that ‘[w]e can set out a vision, clearly articulated, for reinvigorating our European NATO partners, to make sure that we are not dependent on a single ally, on the decision of a single leader’.

Yet, the UK has significantly reduced its security ties with European NATO partners, via Brexit, and this was supposed to be offset by the continuing close relationship with the US. The recent Defence Command Paper emphasized interoperability (working with others, in plain English) over strategic autonomy.

The Afghanistan discussion was heavy on lamentation but light on creative thinking about future UK foreign policy. Rereading the speeches, it is very reminiscent of the debates over the EU withdrawal bill in 2018/19, which my co-author, Nicola Langdon, and I analysed for a recent article in British Politics.

Over eight days in December 2018 and January 2019, over 200 parliamentarians debated the terms of the UK’s withdrawal. As with the Afghanistan debate, the backdrop was a major strategic shock, one that was ongoing and which MPs were seeking to process psychologically and manage a response.

Inspired by the work of Mark Bevir and Rod Rhodes, we used an interpretivist approach, which looks at how people evoke and utilise traditions of thought to make sense of dilemmas like that posed by Brexit. Our aim was to chart the imaginative landscape of MPs and see how that shaped the policy solutions that emerged.

Yet, what we found was most speakers focusing on policy details rather than considering the wider abstract implications of policy.

The only consistent tradition of thought evoked was that of pragmatism, which was unable to reconcile fundamentally opposing views about Britain’s position in the world and how it should achieve its aims.

Political philosophy, theory, or governing traditions were cited mainly by nationalist leaders from the regions, meaning the majority of contributors left no clues as to what ideas were guiding their choices.

Very few commentators showed any awareness of historical figures (except Winston Churchill), or of the historical debates that had led to the UK joining the European Community in the first place.

As a result, there were few intellectual structures on which to build a consensus.

We can see a similar pattern in the 2021 Afghanistan debate. Many MPs suggested that withdrawal poses dilemmas for Britain’s role in the world, but almost none actually articulated a future path. Formerly influential traditions like realism/realpolitik, and internationalism, were not mentioned.

Human rights were referenced throughout, but divorced from the liberal philosophical tradition, as if they are a policy rather than a theoretical framework. The discourse is not just post-ideological, it is post-ideas – at least when it comes to locating UK foreign policy within a wider context of abstract thinking about how international life should be organised.

To chart a future course for British foreign policy, policymakers need to recognise the seismic impact of Brexit and US unilateralism on UK foreign policy.

Pragmatic and technocratic policy recommendations will not be enough to manage the big questions of identity and governance that the Iraq war, Brexit and the Afghanistan withdrawal have exposed.

Important questions abound: what kind of actor does the UK want to be in the world? What are its values and interests? When and how should they be promoted? Who should Britain ally itself with? And what compromises are acceptable in the pursuit of trade or security?

To answer these requires abstract thought. Responses need to be anchored in broader traditions of governance, whether that be existing ones such as realism, liberalism, conservatism, internationalism, socialism, cosmopolitanism etc, or new isms that better reflect the challenges of the 21st Century.

Traditions allow policies to be organised, rationalised and communicated to the wider public. Without them, the logic of choosing one policy over another seems arbitrary.

By Jamie Gaskarth, Professor of Foreign Policy and International Relations at the Open University. This piece draws on research in a recent article in British Politics.