What next for immigration, post-Brexit? 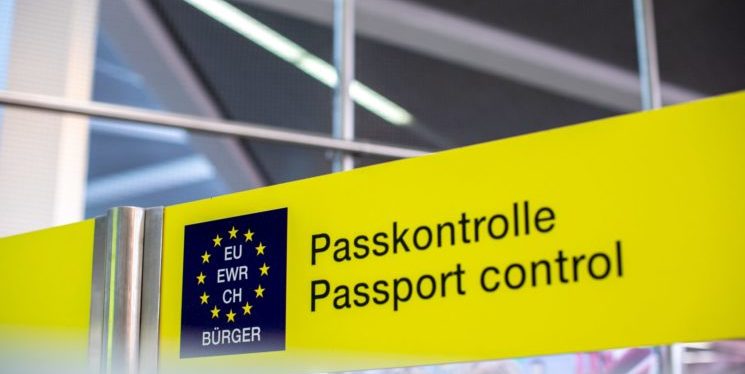 This piece was originally written for our Brexit: what next? report, ahead of the government’s announcement about their post-Brexit immigration plans. For the latest by Jonathan Portes on this announcement, please read his article for the Guardian.

In most policy areas where the EU has major influence, post-Brexit policy change is likely to be slow and incremental: UK law and policy on consumer protection or the regulation of product safety are very unlikely to be hugely different at the end of this Parliament than at the start. Immediate changes will mostly be symbolic – blue passports and the like. Immigration is the big exception. The next Parliament will see the biggest shake-up in UK immigration policy in 40 years.

Moreover, this will happen quickly. The government’s commitment to maintaining regulatory flexibility after Brexit, and the accelerated timetable for negotiating a trade deal with the EU, means that there is little prospect that there will be any significant provisions on labour mobility between the UK and the EU in any post-Brexit deal.

Leaving aside the political constraints on the UK side, EU trade deals – such as the Canada-EU Trade Agreement – have not in the past included significant provisions relating to immigration, particularly given the complex division of competences between the EU institutions and member states on such issues, although there will probably be some arrangements to facilitate short-term business visits.

This in turn will enable the government to keep its manifesto promise to end free movement and to introduce a new “Australian-style” system that by and large (Irish citizens will remain an exception) treats EU and non-EU migrants similarly. But this commitment leaves many important questions unanswered:

In answering all these questions, the government will have to balance both political and economic considerations, and take account of the report of the Migration Advisory Committee report due to be published at the end of January. There are still immigration restrictionists both in the Conservative Party and the country as a whole; there will certainly be cries of betrayal if the government opts for a more liberal approach.

But immigration is a less salient issue among the electorate than it was in 2016, and public perceptions of the economic and social impact of immigration are far more positive than they were at the time of the referendum. For at least some people, ending freedom of movement – and hence restoring “control” over immigration – may be more important than the actual numbers.

A flexible approach, including a lower salary threshold, and some sector-specific schemes, would allow the government to extend an olive branch to business while, at the same time, showing that radical policy change post-Brexit does not mean protectionism or a less open economy.

Moreover, it would mitigate the negative economic impacts of Brexit on trade; our analysis suggests that the net effect of removing free movement combined with a relatively liberal approach might reduce net migration by about 35,000 a year while having only a modest negative impact on GDP, and a broadly neutral one on GDP per capita.

So, there are significant opportunities. But implementation will be a huge challenge. Moving to a new system in less than a year would be daunting even if policy decisions on all the issues set out above had already been taken. However, the arguments, in Cabinet and the country, have not even really begun yet.

There will need to be consultation, if not on the big decisions then on a host of second-order questions; and then there will need to be time for employers to get used to the new system, which – even for EU migrants who qualify under the new rules and their employers – will become considerably more costly and burdensome than freedom of movement.

Indeed, given that many employers who are currently dependent on immigrant workers from the EU – but do not employ non-EU workers –  do not need now to interact with the immigration system at all, this is not simply a matter of extending and tweaking existing processes and procedures. Time is short – by summer, employers will want to know what to say when making job offers to EU nationals that could begin in 2021.

A further administrative challenge for the Home Office will be the “settled status” scheme for EU and EEA nationals already resident here.  So far, despite some hiccups, and the understandable concern of those affected, this has gone as well as could be expected, with over 2.5 million applications so far; the overwhelming majority of these will get settled or “pre-settled” status.

But the deadline for applications is June 2021; and inevitably, as with any scheme of such magnitude, a proportion of the 3.5 million or more people who are eligible will simply fail to apply, or to provide the correct documentation in time.

In principle, they will be subject to enforcement action, up to and including deportation – in practice, it seems highly unlikely the government will create a Windrush scandal mark 2, and the government appears to have given at least informal assurances on this score to the European Parliament. So some form of moratorium or amnesty is in practice likely.

So, one way or another the UK immigration system will look very different within a couple of years. Free movement will have ended and upward of 3 million EU nationals will have been given the right to remain here permanently. And we will know if Brexit means a decisive turn towards immigration restrictions or – consistent with our history – just a different form of openness.

By Jonathan Portes, senior fellow at The UK in a Changing Europe. This piece was taken from our Brexit: what next? report.