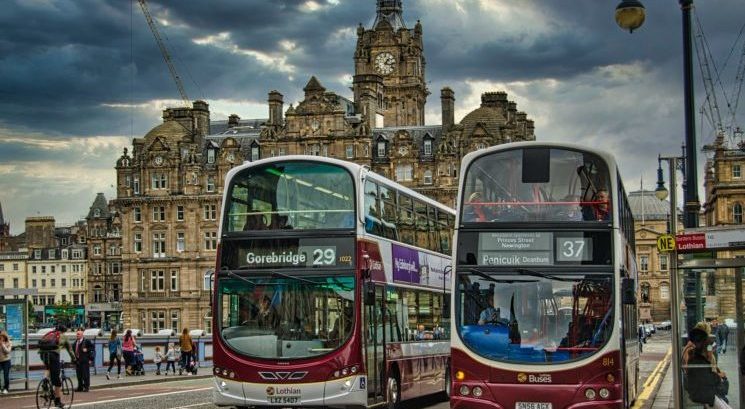 The new Conservative government may have earned a mandate to ‘get Brexit done’. But will leaving one union lead to the end of another? North of the border, the Scottish National Party (SNP) are equally buoyed by their electoral success. The December elections once again saw them emerge as the dominant force in Scottish politics, winning 45 per cent of the vote and over 80 per cent of the seats. That success has re-energised the demand for a new independence referendum, to give people living in Scotland the opportunity to determine whether they still want to remain part of a UK outside of the EU, or to chart a different course as an independent European state.

In 2016, Scottish voters expressed their desire for the UK to remain in the EU. Remain won with 62 per cent of the vote, with majorities in every local authority area and across every demographic group. In the immediate aftermath of the referendum, the First Minister’s reaction was to put independence back on the table.

Although Scots had voted against independence in the 2014 referendum, Nicola Sturgeon argued that Brexit represented a ‘material change of circumstances’ that would fundamentally alter the UK and its relationship with others. This, it was argued, justified revisiting the question of Scotland’s place in the UK and in Europe.

In the months after the referendum, the Scottish government presented what it considered to be a compromise that would see the UK as a whole remain within the EU single market or, failing that, special arrangements that would allow Scotland to remain within the single market even if the rest of the UK diverged. There is little evidence that this compromise was given serious consideration. It was never brought to the negotiation table with EU leaders.

This contrasts sharply with the prominence given to Northern Ireland’s relationship with the EU, not least concerning what would become the EU’s external border on the island of Ireland. Whilst they do not object in principle to special arrangements for Northern Ireland, Scottish ministers are concerned that Northern Ireland’s privileged access to the EU single market, in goods if not in services, puts Scotland at a comparative economic disadvantage.

Moreover, they point out that these arrangements leave Scotland as the only nation of the UK where Brexit preferences and compromise options have been cast aside. Like Scotland, the majority in Northern Ireland voted Remain, while England and Wales returned Leave majorities.

Domestically, preparations for Brexit have unsettled devolution, creating more overlap between devolved and reserved powers and raising concerns that the process is leading to a recentralisation of power within the UK. These concerns came to light most clearly in the process that led to the EU (Withdrawal) Act. As well as legislating for the UK to leave the EU, the Act paved the way for the repatriation of EU laws, translating them into a new category of domestic law known as ‘retained EU law’.

This ensures continuity until such time as UK legislators choose to make changes. The original draft bill retained the authority to amend retained EU law, including in devolved areas, with the UK Parliament and government. The devolved institutions accused the UK government of staging a ‘power grab’ that would weaken devolution.

There is no doubt that the Scottish government, working in collaboration with their Welsh counterparts, influenced the development of the devolution clauses of the Withdrawal legislation. In the Act as passed, the default position is that repatriated powers in devolved areas now lie with the devolved institutions, unless regulations are passed to limit the powers of devolved institutions in specified areas.

The passing of the Act, including its devolution clauses, despite the withholding of consent by the Scottish parliament – a first since devolution was introduced – added tensions to an already strained relationship between the Scottish and UK governments. It has also raised concerns about the status of the Sewel convention and the authority of the Scottish parliament, especially in the Brexit process and its aftermath.

On 8 January 2020, the Scottish parliament voted to withhold consent for the EU (Withdrawal Agreement) Bill. This is unlikely to influence the content or progress of that legislation, especially in light of the new government’s parliamentary majority and its determination to see the UK exit the EU by the end of January. The Withdrawal Agreement Bill (WAB) will be followed by a range of Brexit-related bills set out in the December Queen’s speech, including an Agriculture Bill, Fisheries Bill, Trade Bill, Immigration and Social Security Co-ordination (EU Withdrawal) Bill, Private International Law (Implementation of Agreements) Bill, and an Environment Bill.

Brexit has created new strains in the UK’s territorial constitution, and how the new government treats Scotland and its parliament will influence what happens next. Questions regarding the ability of the United Kingdom to stay united after Brexit should be taken seriously. There are, however, considerable barriers in the way of Scottish independence.

Second, even if a referendum were held, there is a power of work to be done to present a case for independence that could secure majority support. In addition to the well-rehearsed but nonetheless important debates about the economy and the currency, independence would create new challenges at the Anglo-Scottish border if Scotland were to be in the EU while the UK remained outside the EU and its single market and customs union. In that scenario, the Anglo-Scottish border would be an EU external border, generating some of the complexities in border management that were at the heart of the Irish dimension of Brexit negotiations.

In 1994, former Labour leader John Smith famously described a Scottish parliament as ‘the settled will of the Scottish people’. The SNP’s electoral success reflects the continued strength of feeling about Scotland’s constitutional future, and support for independence remains at an historic high.

But it is not yet at a level where we might consider it to be the settled will, and there is no inevitability that it will become so.

By Nicola McEwen, senior fellow at The UK in a Changing Europe and professor of territorial politics at the university of Edinburgh. You can read the full report Brexit:what next? here.