What (no) difference a year makes: post-Brexit EU-UK security relations 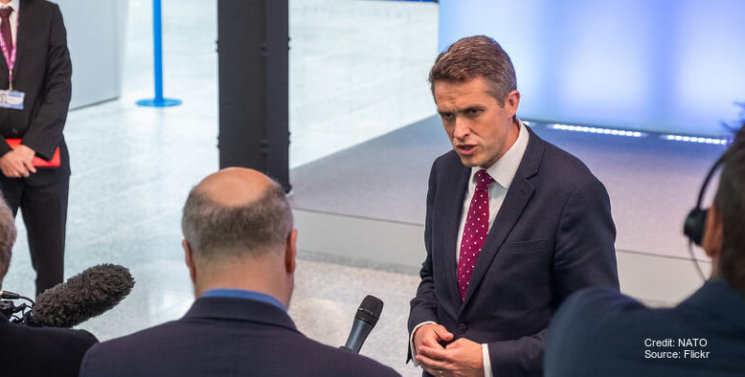 Every year politicians, analysts and journalists meet in Munich to take the temperature on the state of European and international security. The just-concluded 2019 Munich Security Conference (MSC) was dubbed the ‘Munich Insecurity Conference’ by Politico, because of the range of security threats and challenges it discussed.

Every recent Munich Security Conference has opened with a report offering a ‘health check’ on the state of international security to prime the debate for the conference. The theme of the 2019 report was that the pieces of international order are being reshuffled.

The UK-EU relationship is one of the re-shuffling pieces: ‘…the year ahead will only provide a first glimpse of future relations. What has become clear, however, is that Brexit proceedings will continue to inflict wounds on both sides of the Channel for years to come.’

At the 2018 MSC Theresa May made a major set-piece speech intended to signal a central role for the UK in European internal and external security after Brexit, outlining an ambitious agenda for the future EU-UK security relationship.

This year the MSC audience was treated to Defence Secretary Gavin Williamson’s shorter address, in which the EU received only passing mention.

The difference in the content, tone and tenor of the two speeches is instructive. The post-Brexit EU-UK security relationship is in limbo.

The primary reason is, of course, that the theatre of the Withdrawal Agreement needs to conclude before the future relationship between the EU and the UK can start to come into focus.

It is, however, also because the Brexit negotiations have provided a stark lesson for the UK government on the limits of creative thinking in Brussels on how a non-member state connects to the EU’s foreign, security and defence policy.

Post-Brexit EU-UK foreign, security and defence policy cooperation is one area in which the British government has been clear in its ambition and consistent in its messaging.

In the key speeches given by the Prime Minister at Lancaster House in January 2017, in Florence in September 2017, and in Munich last year, she has been clear about the government’s ambition for the security relationship to remain as close as possible to the status of a member state.

Key government documents such as Partnership papers, presentations and White Papers (including Chequers) have reinforced the message, and provided additional detail.

The EU’s line on the future foreign, security and defence policy relationship, as presented by the Article 50 Task Force negotiating Brexit for the 27 other member states, has, however, been unbending.

For the EU, the UK’s status as a non-member state means it is ‘third country’: there will be no bespoke access to EU decision-making or influence on the development of EU security and defence policy capabilities beyond that already in place for third countries.

The UK was left in no doubt as to the consequences of this position by the handling of the question of its access to the Galileo satellite programme during the Withdrawal Agreement negotiations. Galileo is the EU’s counterpart programme to US GPS navigation system, planned to be operational in 2020.

The Galileo system has a Public Regulated Service (PRS) which is a secure and encrypted signal used for defence and government purposes and intended to be restricted to EU members. The European Commission has proposed that, as a non-member state, the UK could be able to negotiate access to the PRS.

But, as with other third countries, the UK would have no power to make decisions on the Galileo programme or be involved in developing the PRS and, unlike at present, UK companies could not be involved in the design or development of security-related and PRS elements.

Theresa May blamed the end of the EU-UK negotiations on this issue on the European Commission’s ‘decision to bar the UK from being fully involved in developing all aspects of Galileo.’ The UK government is now examining the options for building a satellite system, in possible partnership with other allies.

The Galileo affair illustrates the complexity of EU security policy, involving as it does areas covered by EU law, regulation of the single market, state aid and government procurement.

With the UK government’s current policy being to remain outside the EU’s single market, and its judicial framework, significant limits are placed on EU-UK cooperation.

In Whitehall and Westminster the Galileo issue had a sobering effect on those who had been optimistic about the prospects for a future deep and comprehensive EU-UK security partnership.

The joint EU-UK Political Declaration setting out the road map for their future relationship highlights how a more modest ambition has become the default position for the future EU-UK foreign, security and defence policy relationship.

Stripping out the rhetoric, the Political Declaration appears to offer the prospect of little beyond existing EU third country cooperation on security.

The inference is that the degree to which the UK wishes to contribute to the EU’s security agenda is not dissimilar to discussions around whether or not the UK should remain in a customs union with the EU: a high degree of convergence with the EU allows for greater depth of cooperation; conversely it then places limits on the autonomy of UK security policy.

By the time of the next Munich Security conference in March 2020, the UK will have departed the EU, and (assuming the Withdrawal Agreement is ratified) it will have completed  a year of the post-Brexit transition period.

The subject of a new EU-UK security partnership is an early priority for the negotiations on the future relationship taking place during transition, as during this period the UK will be co-opted into foreign and security policy, while simultaneously being out of its decision-making structures.

One reading of the transition period is that it will provide both the EU and the UK with a period to reflect on the costs of being in a semi-detached relationship, which – it might be hoped – will encourage creativity in negotiating a future foreign, security and defence policy relationship to mutual benefit.

An alternative reading is that the EU will learn to live without the UK’s contributions to decision-making, and develop alternative arrangements to compensate for the capabilities that the UK has made available to the EU thus far.

And for the UK, the EU’s deepening defence integration project, combined with EU collective foreign policy positions with which it may not concur, might encourage it to embrace greater foreign and security policy autonomy after Brexit.

Much still remains in play before the future form of EU-UK security cooperation becomes settled.