What shops will be left after the pandemic? 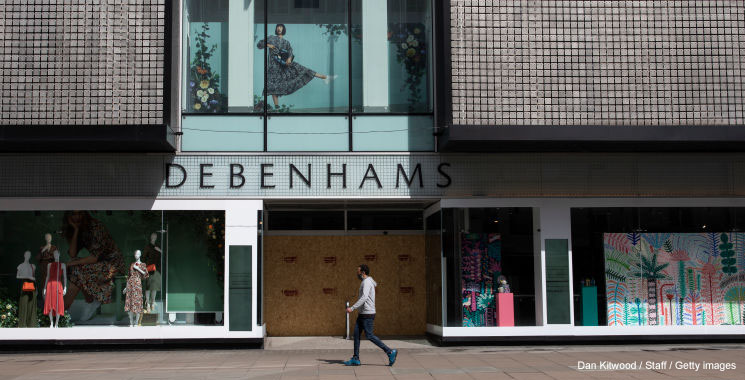 The tentacles of the pandemic have included the traumatic closure of many shops, and stimulated the expansion of online sales.

There are pessimistic predictions about the future of physical stores when the ‘new normal’ arrives next month – but looking at long term trends on store networks and retail locations tells us more about this.

Before the pandemic retailing was already in trouble. 2018 and 2019 saw a tsunami of major brand closures and financial difficulties, brought about partly by austerity policies that stifled consumer spending in shops, and party by a growth in online sales.

Looking further back we can get a fuller picture of why some of today’s problems have arisen.

Up until the 1970s the spatial pattern of British cities and towns had remained remarkably unchanged for decades. There was a clear hierarchical structure of high street shopping centres: regional cities, town and suburbs, and neighbourhood shops.

This changed in the 1980s when the government removed planning constraints enabling out of town shopping centres and retail parks for car borne shoppers.

Although these liberal policies were subsequently railed back in the 1990s the genie was out of the bottle, and the growth of these out of town retail centres reflected the long-term increase in real incomes, which resulted in a demand for more shops than could be met by traditional high street shopping centres.

But around the millennium the tide began to turn, and there were now too many shops. Small shops were no longer wanted as the rise of the ubiquitous brand retailers meant stores needed to be larger, and retail parks and new shopping centres could meet this demand.

Shopping centres in small towns were also particularly affected by the extension of motorway networks, as consumers took to ‘out shopping’ to larger centres with greater choice. Bulky goods stores that originally predominated in retail parks began to be replaced by ‘high street’ brand retailers.

Traditional small town/suburban shopping centres were being squeezed by retail parks and superstores in decentralised locations with easy car access, while suburban shops had already suffered for decades as a result of competition from supermarkets.

The fallout from the global financial crisis was brutal. A shake out meant that major retailers such as Woolworths went to the wall.

It was now vividly clear that there were now too many shops, and it was the small towns that were most affected.

Widespread shop closures, predominantly clothing and footwear, meant empty floorspace reached 10.8% in 2009, and in some centres it reached 20%. A siren call went up to save the high streets of small towns.

Food sales were least affected with online sales at just over 5%, while the sector where online sales has shown the most penetration was clothing and footwear.

Use of the internet also led to waves of closures of high street bank branches, plus travel agents, and book and music shops. These closures affected the number of people who visited high streets.

Online purchases have now become a normal part of shopping. However, physical shops are still important: many UK retailers have promoted ‘click and collect’ and the result is that almost 90% of UK retail sales still involved physical stores in 2019.

Choice of store location and size is now integrated with online sales. It means that the desired size and location have changed and that a smaller store network can achieve the same sales. However, redundant excess space, long leases and debts is a major constraint on the ability of large retailers to evolve.

A company voluntary arrangement (CVA) insolvency process to restructure the business, including rent reductions of as much as 70%, has become the norm for many large retailers.

By the turn of 2020 many fashion shopping chains, such as Topshop, had begun closing branches, many of which were/are anchor tenants or mainstays of shopping centres.

The national average vacancy rate was 13%, and much higher in small towns in peripheral regions, higher than in 2009 after the global financial crisis. Part of the reason is that there had been little growth in wages for over a decade with average incomes in 2019 still below that in 2007.

And then came the pandemic. Just like the global financial crisis the pandemic and its impact on the economy is inevitably going to create another shake-out. The previous crisis accelerated the demise of small towns.

But what about this time? It is useful to consider the different types of shopping centres.

Suburban high streets with a focus on personal services such as hairdressers, dentists, leisure and charity shops are likely to continue their struggling existence; individual shops may close but similar businesses will replace them.

Small/medium sized towns were already decimated so the pandemic arguably will make little difference – many of these towns are already going through a process of ‘repurposing’ to a mixed-use future, whereby shops are replaced with housing and leisure.  Falling rents will support redevelopment plans.

Finally, centres in large towns and cities, together with out-of-town retail parks are going to face the brunt of the impact as fashion chains and department stores reduce the size of their networks.

This was already happening, and the pandemic imperative amplifies this trend.

The recent announcement by Debenhams that they are closing stores in some of the largest shopping malls underlines the scale of the problem. It is probable that some centres will not survive as fickle customers simply drive past those with vacancies, creating a downward spiral.

Suddenly the era of the mall and retail parks has been stopped in its tracks and there are too many centres.

By Colin Jones, Professor of Estate Management in the Urban Institute at Heriot-Watt University.