What should Britain’s role in the world be after Brexit? 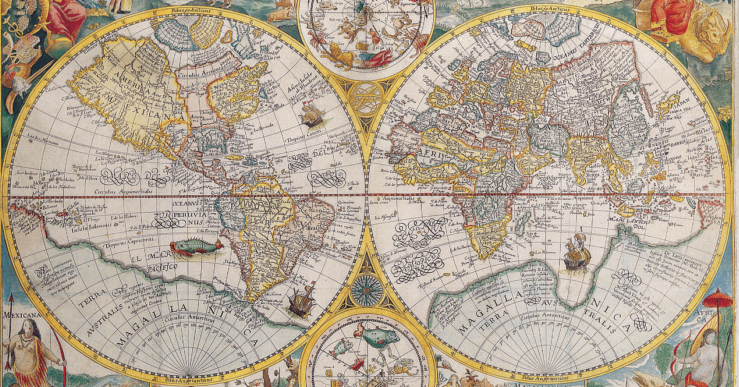 Hold an idea long enough and there’s a good chance it will come back into fashion.

In 1962, US Secretary of State Dean Acheson famously said the UK had lost an empire and failed to find a role: “Britain’s attempt to play a separate power role… a role apart from Europe… based on a ‘special relationship’ with the United States… on being the head of a Commonwealth which has no political structure or unity or strength and enjoys a fragile and precarious economic relationship – this role is about played out.”

This neatly summarises the dilemmas confronting those charged with defining ‘Global Britain’ – the term coined to capture the UK’s post-Brexit foreign policy. For more than 60 years, British foreign policy has relied on a close partnership with the US alongside active engagement in Europe. Both pillars are now under threat, leaving the UK in the position James Strong describes as an ‘awkward inbetweener’.

So what should Britain’s place in the modern world be? In 1962 like today, the UK doesn’t have the capacity to be all things to all people, so will need to make choices. Its main task will be to figure out what kind of power it wants to be and the tools it will need to support its new role. The UK will also need to clarify its relationship with the EU and take into account the expectations of where others see UK foreign policy making a difference.

The EU has acted as a major multiplier for UK foreign policy, allowing the UK to build alliances and support for its wider ambitions. At the very least, the scale of institutional co-operation with the EU will be substantially reduced after Brexit: the UK will be excluded from quarterly European Council meetings and will lose direct access to the myriad of intergovernmental contacts that comprise EU membership.

But there are also opportunities. With the EU exploring more flexible arrangements for foreign policy action (led by one or a group of member states), there might be scope for greater involvement in the UK – particularly on those issues where the UK and the EU share common interest.

David Davis’ proposal for regular formal, strategic and operational dialogues could be one way to ensure close UK-EU cooperation, although this will require the UK to strengthen its diplomatic presence in Brussels and in member states, which promisingly it is beginning to do. Whitehall will also need to invest to develop more in-house European expertise.

Second, the UK will need to demonstrate to its allies that it is able to deliver. The UK retains substantial aid and defence budgets, wide diplomatic networks and soft power, and has generally been good at balancing its different relationships.

However, most economic analyses suggest that Brexit will have a negative impact on the UK economy, with knock-on effects on public finances. This will add further to pressure on government spending, and with competition increasing for more resources between ministries the FCO is likely to fall some way down the list of priorities.

This will clearly make it more difficult for the UK to achieve its objectives and may necessitate a shift in emphasis. A key test for the Global Britain agenda will be to match its ambition with concrete action; to do more, in other words, with less. It will also require the UK to carefully evaluate where it can continue to leverage influence, and how.

Perceptions matter too, and some countries have already raised concerns that Brexit will lead the UK to become more inward looking. The UK will need to continue to demonstrate that it is serious about relationships both inside and outside of Europe beginning with the Western Balkans Summit in London this month and forthcoming NATO summit.

Despite what geography might suggest, the UK isn’t an island in foreign policy terms and becoming a less reliable partner as a consequence of the destabilising process of leaving the EU could jeopardise the networks and coalitions the UK has built up over decades.

One option for the future could be to see ourselves as a ‘multi-polar middle power’, building ad-hoc and flexible coalitions with other states depending on the issue at hand.

For the EU, this will mean locking the UK and the EU into a process of regular engagement ahead of key summits and meetings while acknowledging that there is always a risk that UK and EU positions diverge.

The UK’s exit from the bloc could easily shift the balance of EU opinion on issues such as Russia and EU defence co-operation. An improvement in the EU-Russia relationship—although unlikely in the short term—could also leave the UK isolated, particularly if US President Donald Trump also pursued closer ties with the Kremlin.

A more concerted effort will also be required for engagement outside of Europe. For this, the UK could look to its neighbours for inspiration. France for example has rolled out an ambitious foreign policy agenda that goes beyond traditional military, diplomatic and aid instruments: from increasing France’s (and the EU’s) military presence in Sub-Saharan Africa to ensuring greater investment and people-to-people ties.

Remaining active in NATO, the G7, G20 and the UN will also help ensure it retains a voice in global institutions. For example, the UK could choose to lead on global financial services co-operation and climate change action, and play only a limited role elsewhere.

Ultimately, political promises and vision are not enough. The UK will also need to show leadership and commitment. The longer the UK waits, the harder it will be to convince the EU – and other countries – that it is serious about the role it wants to play.

A less than inspiring, ill thought through vision of the UK’s future risks offering the same inadequate response to a question we never properly addressed nearly six decades ago. Let’s hope the new foreign secretary has an answer.