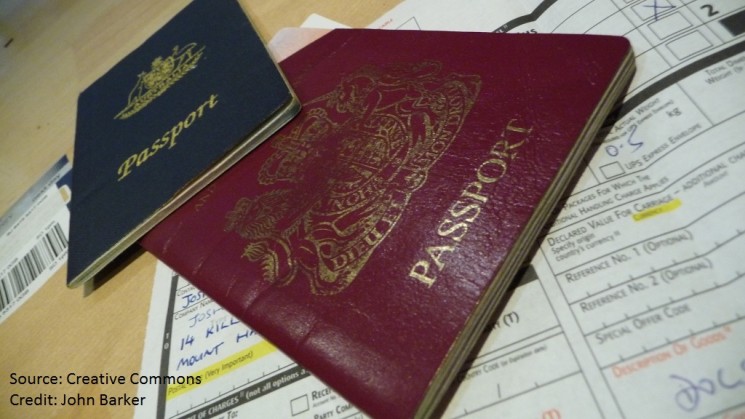 What the UK’s immigration system will look like a few years from now is still uncertain. Labour not yet announced what immigration plans will be in its manifesto, while the Conservatives have said that they will end free movement and select both EU and non-EU citizens based on their skills.

But exactly how that system would be designed—and indeed when it would be introduced, given the possibility of an extended post-Brexit transition period—is yet to be defined.

As the shape of the future immigration system is decided in the coming months and possibly years, it’s likely that economic arguments will play a big role in the discussion, not least because EU migration to the UK has been primarily driven by work.

So it’s worth reflecting on how economic evidence and arguments are used in the immigration debate.

First, there’s no objective answer to the question how much immigration the UK ‘needs’.

Policy discussions about work-related immigration often focus on the idea of ‘need’.

When we hear statements such as “the UK can’t cope with this rate of population growth” or “London’s construction industry can’t survive without EU migration,” an implicit assumption lingering in the background is that we can determine what immigration the economy needs and design an immigration system accordingly.

However, statements of this kind are subjective judgments based on assumptions and value judgments about what is desirable. They are not empirical facts.

This is because while economics can identify positives and negatives (for example, impacts on public finances, employers, or UK workers), it can’t tell us precisely what to do.

It can’t tell us whether the productivity benefits that come from higher population density should outweigh the value we might place on preserving green spaces, or slowing the pace of change in local communities.

It can’t tell us whether as a society we should be willing to fund a more expensive social care system in which workers are paid an attractive wage, or continue to deliver a low-cost system heavily supported by low-paid migrant workers.

These are political questions, not economic ones.

What economics does tell us is that many of the economic impacts of migration are smaller than people expect—especially if we take migration as a whole rather than looking at its varied components (on which, more later).

One interpretation of this is that policymakers probably have some latitude to introduce policies that reflect their non-economic goals and values, without dramatic economic consequences, should they wish to.

Next, immigration is inevitable but the kind of immigration we have is not. Migration scholars are well aware of the constraints on governments’ ability to tightly control migration.

Consider three types of migration. It would be highly problematic—ethically, politically and legally—to ban family migration, which actually makes up a substantial share of immigration leading to long-term settlement.

The UK participates in international conventions on the protection of refugees, while seriously cracking down on high-skilled migration would bring economic costs.

Anyway, the impacts of migration policies may be smaller than expected if migrants, their family members or their employers are able to reorganise to meet the requirements of stricter rules.

But there is decent evidence that immigration policy does matter, even if the effects are not always as big as people anticipate.

Finally, and building on this thought, immigration is not monolithic: we can’t understand policy impacts unless we look separately at different kinds of migration.

International migrants are given visas to come to the UK for quite different reasons, including to work, to join family members, to study or to seek protection from persecution.

Research on the impacts of migration often treats all these types of migration in the same way, in large part because available data usually don’t tell us why someone was admitted.

But in practice, the economic, ethical and political implications of policy choices depend on what kind of movement is at stake.

Public discussion about migration policy often focuses heavily on numbers – whether we should have ‘more or less’ of it – an approach that implicitly treats different kinds of migration as interchangeable. This greatly oversimplifies the debate.

Numbers may have an impact, but it’s hard to have a meaningful debate about what to do unless we consider the different routes separately – more or less of whom, why, and with what consequences?

By Madeleine Sumption, director of the Migration Observatory at the University of Oxford. Madeleine appeared on our panel at the Battle of Ideas festival.