What the Brexit White Paper is and isn’t 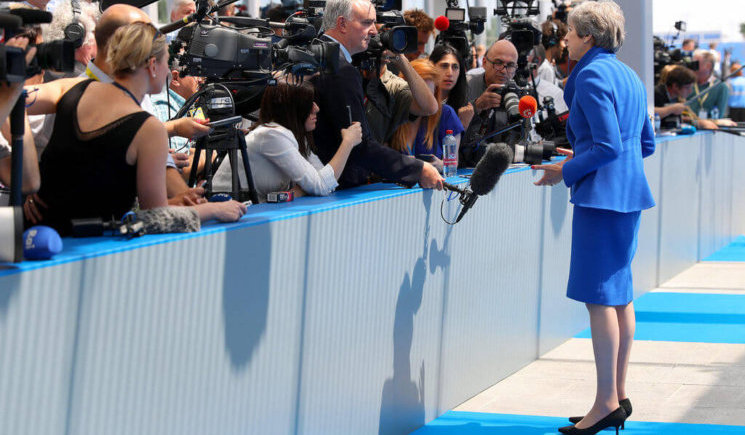 Thursday’s publication of the government’s White Paper on the future relationship between the UK and the EU had been long-awaited. There hasn’t been anything so substantial since late 2017 and recent months have been filled with calls for “clarity” and “substance” from the EU’s side.

The reasons for the delay in moving on from the December Joint Report are three-fold. Firstly, there has been profound disagreement within the government about what the best way forward might be: witness the long debates over customs arrangements in recent months, despite this not being the most central element of the talks.

Secondly, some of the issues involved have not had any obvious answers. On the Irish border, for example, the basic incompatibility evident two years ago is still present.

And finally, it suited Theresa May to delay making decisions, to avoid making colleagues turn against her and to limit their capacity to organize opposition.

Now that the end-game of the Article 50 process draws much closer – talks need to produce a text by the end of this year – May has judged that the time is right to move on to the next stage in the process.

The groundwork was laid last week at the Chequers meeting of Cabinet. A mix of a carefully-worded text and a strong public statement about collective responsibility applying once more initially appeared to be enough to keep everyone on board. However, the resignation of both David Davis and Boris Johnson showed the difficulties involved and the risks.

All of which matters when looking at the White Paper, which takes the Chequers deal and spread it out over 100 pages.

Importantly, the White Paper isn’t a fixed plan, but rather a statement of objectives. They spell out what is to be aimed for, but not how to achieve that.

In that sense, it is very clearly a document for negotiation. When presenting it, the government has been careful to underline this point, because it recognizes that it is likely to be challenged on its contents by the EU, so it will not find a direct translation into any final legal text.

Despite this, it is also clear that those on the harder end of the Brexit scale in the Conservative party are much unsettled by the document.

This is most evident on the concerns over how much the UK would continue to be bound to following EU rules, not only on trade in goods, but across a wide spectrum of policy issues.

As much as the government has tried to dress this up as working from a “common rulebook”, it is still effectively a matter of the UK having to use what the EU decides as law in these areas. Without an institutionalized voice or vote, it has been simple for hard Brexiters to paint this as being even worse than membership.

This really gets to the heart of the White Paper’s dilemma.

On the one hand, it is an attempt to get the UK to an agreement with the EU about their relationship. There’s much echoing of EU phrases and language and a commitment to lock in key parts of what’s already been discussed, including the ‘backstop’ arrangements for Ireland.

On the other, it is also seeking to find a way through the still-divisive debate in the UK itself.

One of the biggest problems surrounding the British debate so far has been an unwillingness to acknowledge that Brexit will mean that there are costs, both temporary and more permanent. To listen to some, life after the EU will be filled with milk and honey, when all the evidence suggests substantial economic and political costs.

The White Paper does outline some of those costs, inviting a more thoughtful and considered debate. However, it cannot be certain about them, not least because its position on the future relationship remains rather vague.

Thus the White Paper can never be more than a staging post for this process. It indicates a direction of travel, and some hint of a future relationship, but it will only gain true value through its use in the negotiations.

As the negotiators work their way through the remaining issues on the Withdrawal Agreement, this White Paper can help them to build in a path that offers the fewest obstacles and the most confidence to those involved – governments, citizens, businesses – but for that to happen, the British government will have to decide that this is the best compromise it can live with.

By Dr Simon Usherwood, Deputy Director at The UK in a Changing Europe. This piece originally featured in China Global Television Network.