What the British public think about free trade, and why we should be worried 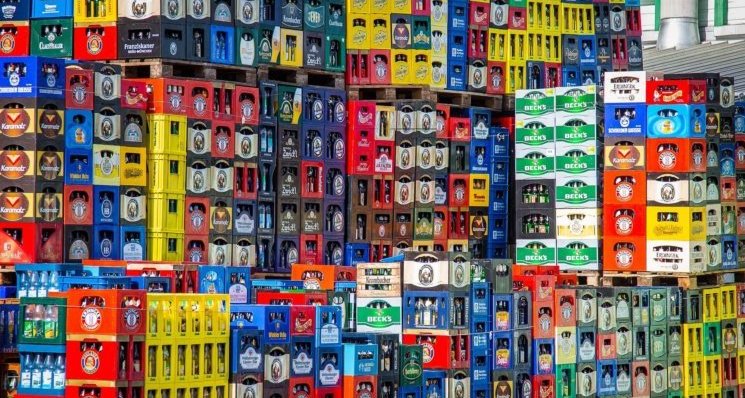 Pursuing free-trade agreements is a central—though not the only—part of the government’s trade policy once the UK leaves the EU. Before it does so, it makes sense to have an informed and open debate about precisely what trade-offs these agreements entail. Otherwise, public support for open trade, which is already fairly ambivalent, could turn against it.

The public view of trade is in fact quite ambiguous. The media coverage of debates usually focuses on politicians, business people and academics, most of whom share a belief that open trade is a good thing. But we shouldn’t confuse this elite view with that of the general public.

There are two main elements to the public view. First, in the abstract people tend to believe that trade should be open, with as few barriers as possible. A poll by YouGov asking whether people think free trade of goods and services within the EU is a good thing consistently produces a majority in the affirmative.

Similarly, a poll by Lord Ashcroft last November asked people to rate, on a scale of 0-100 (where 100 means extremely important), how important it is that there are no tariffs on trade between the UK and the EU. Some 61% answered 70 or above, compared with just 5% who answered 30 or below (84% answered 50 or above).

But things are not as straightforward as these findings might imply. In particular, whilst people might think barriers in general are a bad thing, their opinions vary when it comes to specific cases.

We saw this recently, when the boss of De La Rue—a British passport-making company—complained that the contract to make British passports had been given to a French firm. Martin Sutherland, De La Rue’s CEO, insisted that open and fair tendering for government contracts “was obviously the right thing to do”.

He then complained about having lost out via such a process and suggested the government should overturn the result. The company has since dropped its challenge to the decision.

The obvious problem is that if all countries followed this logic, Mr Sutherland’s company would have very few customers. As Jonathan Portes wrote recently, regional groupings such as the EU allow governments to resist such political pressure to the benefit of wider society, who in this case get government services cheaper than they otherwise would.

The other issue is that particularly the Ashcroft poll asked only about tariffs, which don’t reflect the most important aspects of modern trade. Modern day protectionism is largely done via regulation, standards and other non-tariff barriers.

This is what makes the EU single market so important, and why most economists believe that leaving it will lead to less trade, as a free trade agreement will remove tariffs but not the majority of these more important barriers.

These tend to be much more invasive than tariffs and, therefore, more controversial. The passport case, and government procurement in general, is a perfect example. The issue was rules governing which companies could bid for contracts, rules which have been adapted to meet EU standards.

So abstract support for open trade doesn’t necessarily translate into specific support, in part because the public have only an incomplete understanding of what open trade means in practice.

This reflects a final feature of the UK public’s view of open trade: when it comes to real-world trade-offs, their support is much more ambiguous.

This has two aspects: priorities and practicalities. On priorities, YouGov’s tracker of the most important issue facing the country, for example, doesn’t even include trade as an option.

On practicalities, when presented with a real-world choice, the support for open trade is again ambiguous. A poll by Survation asked which would be better: the UK paying £50bn to get a trade deal with the EU or paying nothing and having no deal. The split was fairly even, 40%/35%, even though the latter option would increase trade barriers substantially.

When asked by ICM whether there should or shouldn’t be a transition period to allow time for a trade deal even if none meant no deal at all, the split was even, at 39%/39%.

Trade, as the name suggests, always requires trade-offs. States in the main have to open their own markets in return for access to others’. This opening mostly means aligning things like environmental and safety standards, which can require changes to domestic law, not just removing tariffs.

Indeed, the government’s first trade white paper in October set out a commitment to “make any changes required in domestic legislation” in order to join a World Trade Organisation agreement on government procurement rules. But there has been little public debate about whether the public supports such measures.

If, as the government has set out, we embark on an independent trade policy outside of the EU, these sorts of dilemmas will become ever more prominent in public debates.

The polling we have so far suggests that the public may be buccaneering, liberal free-traders in theory, but are far less so in practice. It would be a mistake to think the case for open trade doesn’t need to be made anymore—it does. But more importantly, the public needs to be acclimatised, as is happening to some extent in the EU negotiations, to the trade-offs involved.

Policymakers should be careful not to misread the apparent support for free trade as meaning the public will accept the practical trade-offs necessary to achieve it.