What the Dutch elections tell us about democracy in the EU 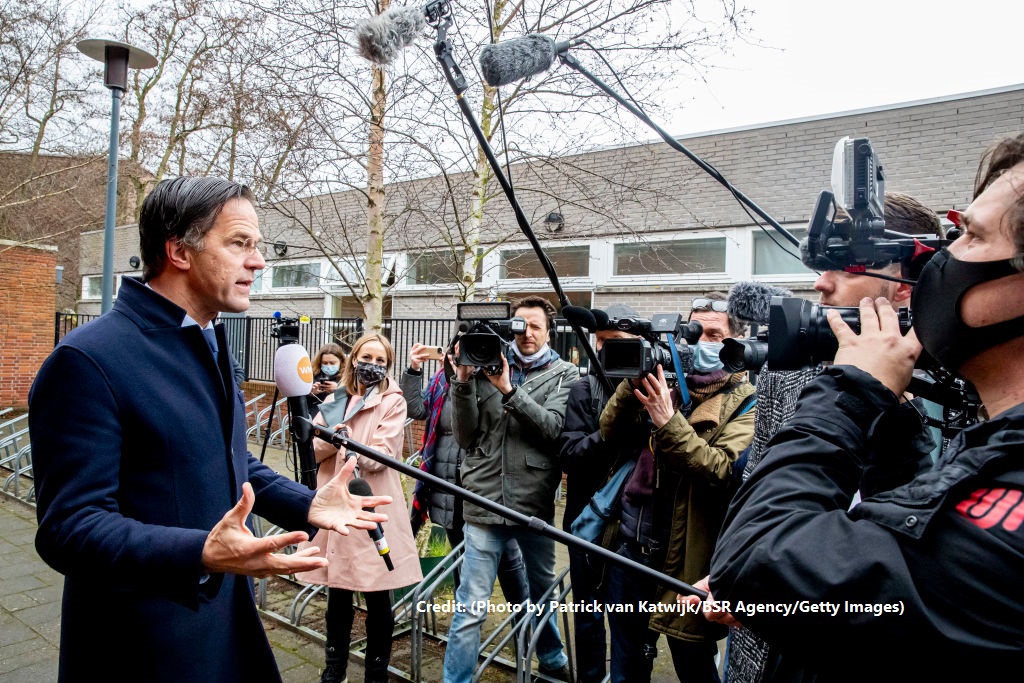 The recent Dutch elections kicked of a series of national parliamentary elections on the European continent: German elections are scheduled for September this year, followed by the French elections in May 2022.

Given that these all come soon after the United Kingdom left the EU, they give us an opportunity to think about how ‘EU politics’ is represented at the national level, and what this tells us about state of democracy within the EU itself.

While the Dutch election campaign was rather dull, one Twitter campaign – which focused on the ‘EU elephant’ – stood out. A series of academics and pundits urged Dutch politicians to define and debate their views about the future direction of the EU.

The 10-year reign of Dutch prime minister Mark Rutte was characterized by a depoliticization of everything European: it was pointed out that he refuses to provide any ‘vision’ about how the EU should evolve, mocking European leaders who do.

Meanwhile, though, he has engaged in a two-level game – playing the Eurosceptic at home while agreeing to further integrative steps in Brussels.

Rutte’s depoliticization has had detrimental effects. Ordinary citizens know that big decisions are made in Brussels, but find it hard to figure out how and why this is happening.

The roaring of the EU elephant in the campaign coincided with gains for both EU enthusiasts (D66 and newcomer Volt) as well as EU pessimists (Forum for Democracy and JA21).

Now the challenge will be to move the content of the Dutch debate towards defining different options for shaping the EU’s future, and discussing their merits.

This lack of debate about the EU in national politics isn’t just a Dutch phenomenon. While key policies are decided at the EU level, many national leaders fail to clearly acknowledge this in domestic political debates.

What is more, recently the EU became a favourite topic for national leaders wanting to divert attention away from slow domestic vaccine roll outs.

This is not to say that the Commission didn’t make mistakes in its procurement of vaccines early on, or that the spat with the UK in early 2021 may have been misguided, but the roll outs are the responsibility of national governments and the EU has virtually no policy authority on health.

Debates in most member states often don’t reflect the fact that national governments together with EU institutions shape key issues that voters care about, from monetary to migration policy. The EU is the elephant in the room, and this hugely problematic for three reasons.

First, it leads to a hollowing out of the domestic political debate. Through EU membership, European countries have shaped a specific set of social and economic policies, which have become increasing relevant to EU citizens (think of the Single Market and currency, climate change or migration).

Yet, many national politicians often discuss challenges like climate change or migration largely as if the EU didn’t exist.

Second, silence about Europe weakens democratic representation. National elections provide an important channel through which European voters can express their opinion about political decisions made in Brussels.

National governments, emerging from national elections, designate the national representatives that participate in the Council of Ministers – which approves all EU laws. It is national leaders who set the long-term agenda for the EU in the European Council.

Consequently, national elections may be more important than European Parliamentary elections for voters when trying to signal their support for or opposition towards EU policies.

Third, failing to address the EU’s role in policy making leads to a weakening of democratic accountability. It allows national politicians to claim responsibility for good outcomes and dodge responsibility for bad ones. Sorting out the pro’s and con’s of joint decision making in Europe is difficult.

While costs of integration, such as payments into the EU budget, for example, are easy to quantify, the gains of joint policy making and membership in the long term are much more diffuse.

My research suggests European voters attribute these more intangible benefits, such as growth due to frictionless trade, or cross-border cooperation on the environment, almost exclusively to actions of their own governments.

This problem of misattribution is exacerbated by the fact that national leaders have little incentive to credit Brussels for certain outcomes as it makes them look less relevant.

To develop stable political cooperation at the European level, national leaders should engage in the hard work of allowing democratic politics to unfold.

This means informing citizens about the political bargains and compromises struck in Brussels and why they are necessary. In a world where nation states are interdependent and where problems don’t stop at the border, leaders need to be honest about ways in which they can address citizens’ needs.

When hammering out deals in Brussels, citizens should be presented with real choices about which they can decide in national elections.

National leaders need to be honest about the degree to which the EU infringes on a nation’s laws, policy capacity, and identity, but also highlight the material benefits and broader geopolitical security that this brings. The EU’s so-called democratic deficit is rooted more in Europe’s capitals than in Brussels.