What the government’s Brexit white paper must address 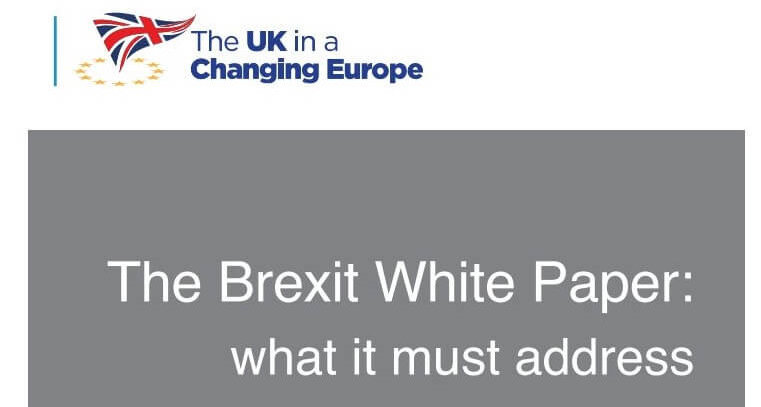 A detailed assessment of what the government must address in its Brexit white paper has been carried out by academic think tank The UK in a Changing Europe.

The report – The Brexit white paper: what it must address – argues that the white paper must:

The report acknowledges the significant political constraints which the Prime Minister is having to act but emphasises the need to make choices nonetheless.

Equally, it argues that a bespoke deal – cherry picking parts of the single market with only partial oversight – is not on offer. This means the UK either has to shift its red lines or accept an inferior deal to the one that the Prime Minister has been selling for nearly two years.

Anand Menon said: “To reduce uncertainty, which the Prime Minister promised to do since January 2017, she needs to make clear choices. Economically, there is much to be gained from making tough choices sooner rather than later.”

The 15-chapter 36 page report was written by leading academics involved with The UK in a Changing Europe.