What the Huawei affair means for Anglo-American security cooperation 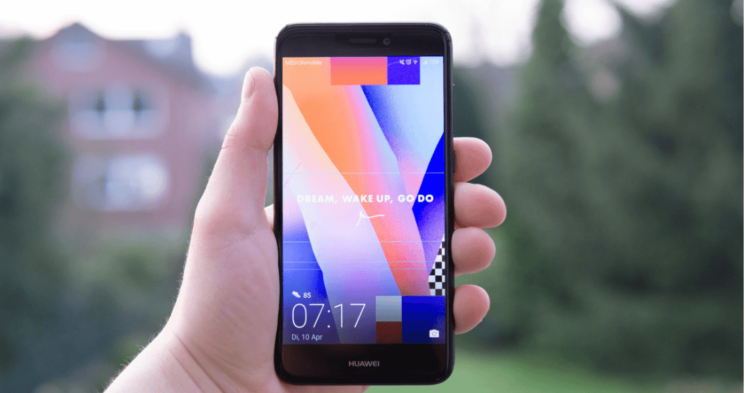 Few on either side of the Atlantic deny the centrality of Anglo-American cooperation to American and British national security and prosperity. This relationship is long and enduring, and will only increase in importance if the UK seeks to reposition itself towards the US after Brexit.

But the integrity of this cooperation is being challenged presently by a furore over the Chinese telecoms giant, Huawei, and its potential involvement in the UK’s telecoms infrastructure.

Moreover, as it seeks to adjust strategic relations after Brexit, it is being forced to choose between an old ally, the United States, and a major economic partner, China.

Huawei stands accused by the Americans and others – including within the British establishment – of being a stalking horse for Chinese state surveillance, intellectual property theft, corporate cyberespionage and perhaps much worse.

Evidence for these accusations is thin but there is no doubt that Huawei’s sharp business practices and lack of transparency about its links with the Chinese state have done little to ease these concerns.

China’s recent National Intelligence Law (2017) compels China-based companies to ‘support, assist in and cooperate in national intelligence work’, should they be required to do so. This has led to speculation about how Huawei might be co-opted by China to pursue nefarious strategic goals, particularly in times of heightened tension or crisis.

The upshot of these suspicions is that a rift has emerged between the UK on one side and the US on the other. The US is joined by two of the other Five Eyes intelligence partners, Australia and New Zealand. Together they have decided that Huawei involvement in domestic 5G telecoms networks is too great a national security risk. Huawei is now effectively banned in those countries.

The UK has been reluctant to adopt such a stern position. It sees value in Huawei supplying 5G equipment, not least as it is cheap, reliable and scales effectively. It knows that risks accrue with Chinese involvement in critical national infrastructure but prefers a risk management and mitigation approach.

Indeed, since 2010, a secure facility in Banbury – ‘The Cell’ – has tested and publicly reported on flaws in Huawei hardware and software.

This has allowed UK intelligence agencies to satisfy their own cybersecurity requirements, whilst facilitating ongoing trade with China. As a recent leak from the usually watertight National Security Council (NSC) suggests, Theresa May seems willing to persist in that vein, although no formal decision has yet been made. Huawei may be allowed to build ‘edge’ components of the network like radio antennae, but be excluded from the ‘core’ routers and servers.

This would seem a suitably pragmatic and, in keeping with British tradition, intelligence-led response. However, cue howls of rage from within and without the UK.

Conservative leadership contenders were, if reports are true, amongst the most vociferous objectors to the plan in the NSC.  Some of these objectors were likely jostling for position in the internecine Tory power struggle over how to deliver Brexit. Being hawkish on China goes hand-in-glove with pro-Brexit scepticism towards multilateralism.

Former intelligence officials questioned the government stance and hinted darkly at its naiveté and irresponsibility.

US Secretary of State Mike Pompeo was in London shortly afterwards, warning the UK it must prioritise its own security interests and those of its allies. This was another salvo in a months-long diplomatic campaign in which Pompeo cautioned security partners that allowing Huawei into telecoms networks would harm US ability to work alongside them.

Pompeo stated explicitly that the US would only share secret intelligence with ‘trusted networks’ that ‘we are confident aren’t under the control of China or China’s government’. This was a not-so-subtle threat to the UK that its privileged position as a Five Eyes member might be jeopardised if it does not toe the American line.

Notwithstanding the plausible accusation that the US position on Huawei is more about protecting US industry than national security – although it will probably damage rather than preserve it – Pompeo’s threat is being taken seriously in British intelligence circles.

The suspicion among former officials I have spoken to is that the US may begin to restrict secret intelligence flows to the UK if it does not get its way.

Tweaking bilateral intelligence flows is not unprecedented but this does not make it any less concerning. The US famously turned off the taps to the UK at the end of World War II. The UK did something similar after US sources leaked sensitive photographs during the investigation of the Manchester terror attack in 2017.

If the US does this, it would impact all manner of UK national security efforts, across counter-terrorism, cybersecurity, organised crime and defence, which rely on Five Eyes intelligence-sharing. Whilst probably not terminal, it would at the very least disrupt business-as-usual. This would be in addition to concerns over the impact of Brexit on UK national security.

One unusual dynamic is that the Five Eyes must have seen the same intelligence about Huawei, such is the closeness of their partnership. Yet they have drawn different conclusions from it – and said so publicly. A united front is more normal, yet these are not normal times.

Pompeo’s confidence ‘that each of our two nations will choose the path to ensure the security of our networks’ is factually correct but masks the coercive element of US diplomacy on Huawei.

The US message to the UK is clear: choose us, or choose China; you cannot have both. (A similar message is being sent to the fifth Five Eyes country, Canada, and to European allies like France and Germany, which are not keen on making such a decision either.)

Britain has spent years courting Chinese investment and wants no part in a trade war with China. It surely does not appreciate being cornered by the US when Brexit suggests that the UK may wish to deepen trade links with China, not weaken them.

But a decision must be made. Government has committed to start delivering 5G this year and the major UK telecoms firms are champing at the bit. EE launches the UK’s first 5G service at the end of this month, its owner BT having already stripped out Huawei gear from most of its network. Vodafone has announced a July date for its rollout. Both have dropped Huawei handsets from their launch plans.

The US needs an answer soon; the present administration is not known for its patience. It has given US telecoms operators ninety days to find non-Huawei solutions for their networks. If that grace period is not extended, Huawei will be unable to access US markets, care of its recent blacklisting and a Trump-declared national emergency over foreign interference in technology supply chains.

My bet is that the UK will reject offers of a no-spy agreement with Huawei and fall into line with US wishes. This means it will prioritise its traditional strategic ties with the Five Eyes, which is understandable if leaving the EU reduces intelligence capability in some areas.

By default, however, this means choosing the ‘anti-China’ side in an emerging standoff between the US superpower and its principal challenger. If, as seems possible, the EU also refuses to obey US demands, this would leave the UK looking very isolated on this issue in Europe and in Asia.

In the current climate, with the UK’s departure EU likely to cause a considerable shake-up in its diplomatic relations and security partnerships, common sense dictates that it should cleave tightly to its old strategic friends, whilst seeking out new ones. But in the wake of the Huawei saga it is being forced to make a decision it neither wants, nor perhaps deserves: it cannot please both the US and China, and probably not the EU either.

Anglo-American security cooperation will not fail – it is far too important and productive for all concerned – but it is under strain. How will the UK respond? And where will this leave its ability to weather the geopolitical and economic landscape after Brexit?